RB Leipzig were undone by a last-gasp equaliser against bottom side Paderborn this weekend
By Callum Pragnell
13:12 Monday 8th June 2020 - 4 minute read

As another weekend of Bundesliga football is completed, BettingOdds.com takes a look at some of the key talking points from a betting perspective.

Bayern Munich extended their unbelievable winning streak with another comfortable victory over Bayer Leverkusen on Saturday. The Bavarians have now won their last nine Bundesliga matches and not lost in the league since 7 December 2019. Their odds to win their eighth consecutive league title are now as short as 1/500.

After initially falling a goal behind at the weekend, Bayern responded in scintillating fashion by sicking four past their helpless opponents at the BayArena.

Robert Lewandowski was again among the goalscorers, taking his tally for this season to 30 league goals; the Pole is now being given a 95% chance of claiming the Golden Boot award at the end of the campaign.

Meanwhile, Thomas Muller's two assists against Leverkusen sees him break a German top-flight record for most assists in a single season (20), overthrowing RB Leipzig's Emil Forsberg, who achieved 19 back in 2016-17.

Rock-bottom Paderborn salvaged a point away at RB Leipzig on Saturday, equalising in the 92nd minute through Christian Strohdiek after Patrick Schick initially put the hosts in the ascendency in the first-half.

Daycot Upamecano's sending off for two bookable offences just minutes before half-time proved costly, however, as Julian Nagelsmann's side came away from the game with just one point instead of three.

That point has helped Paderborn in their fight against the drop, though, with the club now needing eight points instead of nine to make it into the relegation play-offs at the end of the campaign.

They still have a huge job on their hands to achieve this, and the bookmakers believe they are a sure bet to go down, giving them a 99.6% chance of relegation from the Bundesliga this season. 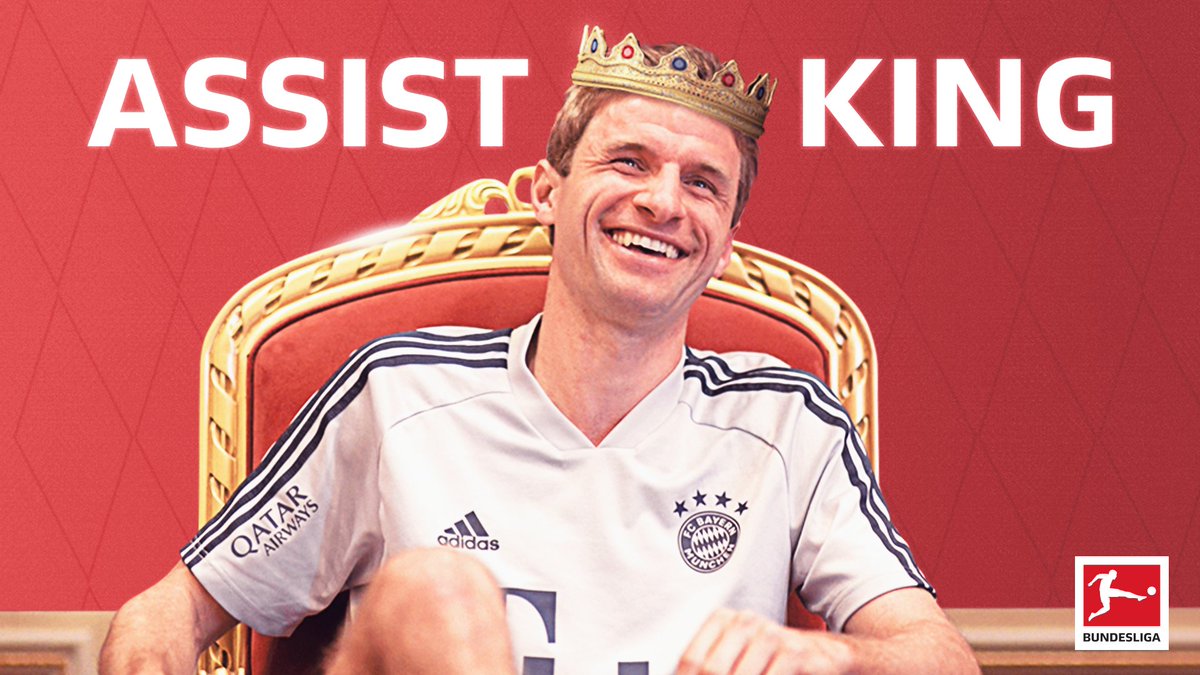 Most assists in a single season:

Despite that draw, third-placed Leipzig are still firmly in contention to secure a spot in the Bundesliga's top-four this term, with their odds cut from 1/20 to 1/80 following fourth-placed Borussia Monchengladbach's 1-0 defeat to Freiburg on Friday evening.

Gladbach have drifted from 8/11 to 11/10 to secure Champions League football next season, while Bayer Leverkusen - now fifth on goal difference - have seen their odds to finish in the top-four cut from 5/6 to 4/7 despite losing this weekend.

This is due to the fact that Peter Bosz's side have a favourable final run-in approaching, with games against Schalke, Koln, Hertha Berlin and Mainz making up the rest of their schedule. Gladbach, on the other hand, face a trickier run of games which includes Bayern Munich and Wolfsburg.

Battle at the bottom

While Paderborn look as good as relegated at this stage, the fight for survival in the Bundesliga still remains tightly contested between a number of clubs.

Werder Bremen are favourites to join Paderborn in 2. Bundesliga next season, priced at 1/4 for the drop (cut from 2/5), and did their chances of survival no favours with another 1-0 defeat to Wolfsburg on Sunday.

Indeed, 16th-placed Dusseldorf missed out on the perfect opportunity to draw level on points with 15th-placed Mainz when they drew 2-2 with a 10-man Hoffenheim on home soil.

Uwe Rosler's side are now 5/6 for the drop, while Mainz have seen their relegation odds massively drift from 7/4 to 9/1 following their 2-0 win away at Eintracht Frankfurt on Saturday.

If you had a winning bet on the Bundesliga this weekend, be sure to let us know by Tweeting us @BettingOddsUK. This lucky punter managed to scoop a cool £224.17 from a £20 stake with this audacious treble, which included two draws and a winner! Bravo, sir.

The same can't be said for this poor lad, however, who was just one corner away from winning £9,000.... sickening! 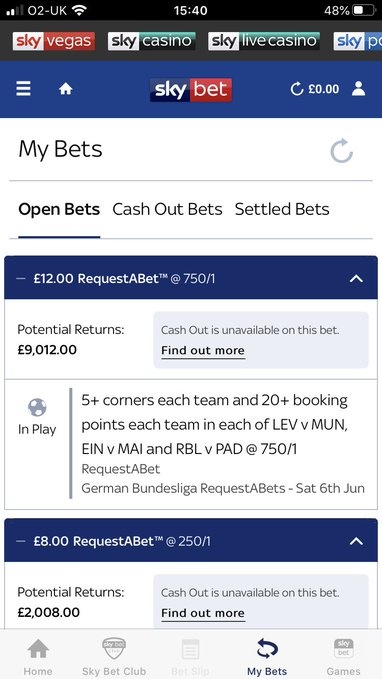