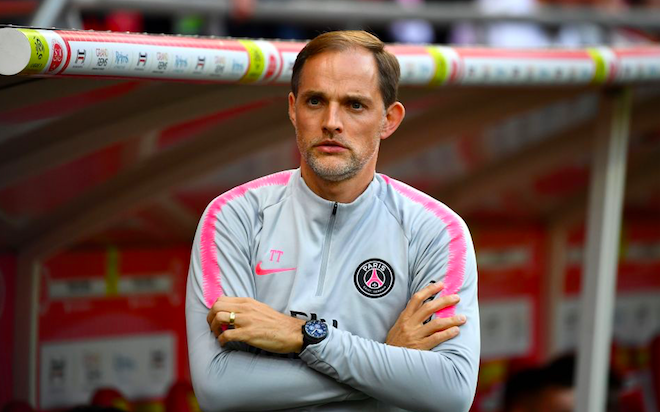 BTTS Tips: Thomas Tuchel's Chelsea side have not started the season well and will see this as an opportunity to get the season started.
By Adam Roberts
14:16 Monday 5th September 2022 - 3 minute read 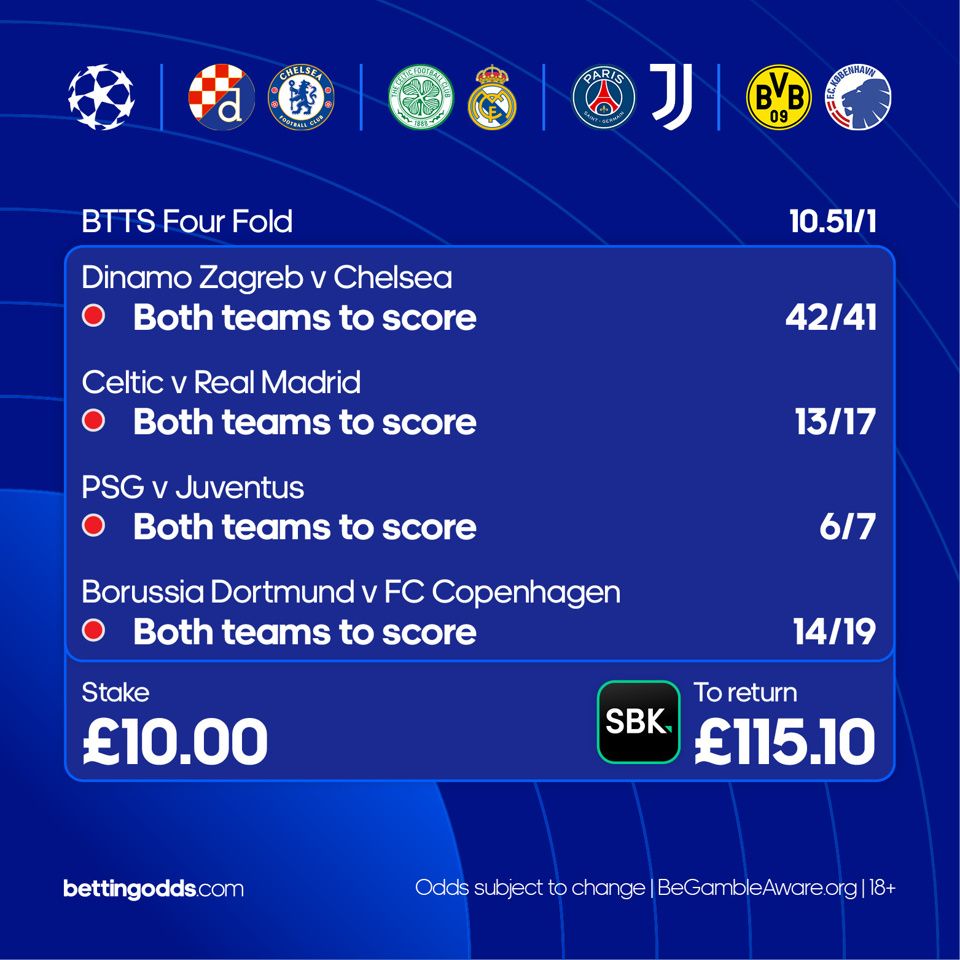 The Champions League is back people! The premier club competition in Europe returns on Tuesday/Wednesday and there are eight games a day to get our teeth stuck into. We've tasked our acca aficionado Adam Roberts to pick us out a Both Teams to Score four-fold and he's done just that. It pays 10.5/1 at app based SBK and you can get a £30 free bet using the link above.

We start in Croatia and what looks like a tough outing for Thomas Tuchel's Chelsea side. They sit in 6th in the Premier League after three wins, two losses and a draw but have not looked particularly fluent this campaign and have struggled to keep clean sheets. Here they travel to a Dinamo outfit that are top of the HNL with seven wins and a draw from their eight games to date.

Despite Zagreb's superb start to their league campaign, they have remarkably seen every single game end in BTTS and although they have scored a massive 27 goals in their eight games, they've also conceded 10. The Blues have also been leaky at the back, letting in 10 goals in six games with BTTS landing in four of those games.

Over in Scotland we have a huge clash between Celtic and Real Madrid. The Bhoys are on the crest of a wave right now after demolishing their bitter rivals Rangers 4-0 at the weekend. Celtic have had a terrific start to the season, winning all their domestic games and qualifying for the Champions League proper. Here, they face by far their biggest test to date against the European super giants Real Madrid. Los Blancos have also had a 100% start to their La Liga season and will be confident of a relatively straight forward qualification from this group.

Madrid, whilst winning their opening four matches, have also conceded in each of them and Celtic are in frightening goalscoring form right now, scoring 25 goals in six games, whilst only conceding once. Surely this one will give us some goals.

Next up we have probably the clash of the round and a fascinating tie between PSG of Ligue 1 and Juventus of Serie A. These two titans of European football have started their domestic campaigns unbeaten but whilst PSG are sat top of the table, Juventus are down in 6th after drawing too many games.

Les Parisiens are averaging four goals per game but have also failed to keep a clean sheet in half of their games. Juve have scored seven goals in their five games thus far and will be confident of scoring against a leaky PSG.

Last up we move to Germany for a Group G clash between a Dortmund side, who sit 2nd in the Bundesliga and above Bayern Munich, and a Copenhagen team that have had an extremely mixed start to their campaign, winning four games but then following each with a loss straight after.