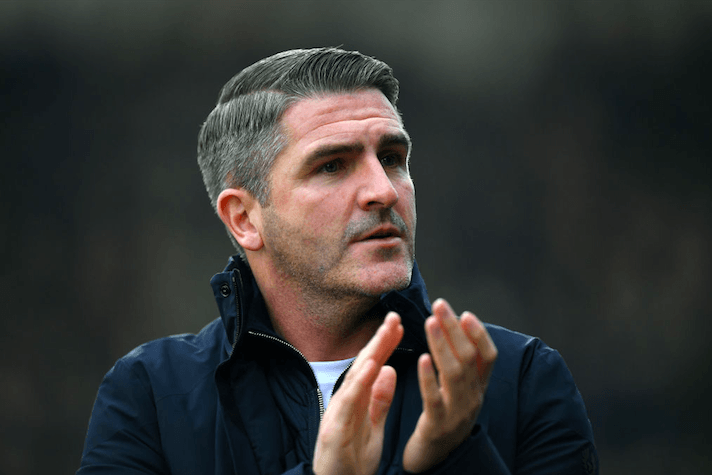 get offer get offer
#AD Place 5x£10 Sportsbook bets on any market at minimum odds of 2.0 (Evs) between the 1st April and 31st May, and get money back as Cash if it loses. Max refund per qualifying bet is £10 (up to £50 in total). Only deposits made via Cards will be eligible for the promotion (Apple Pay excluded). T&Cs apply, 18+ begambleaware.org
Preston, Fleetwood, Morecambe & Salford all BTTS
12/1
Odds correct as of 2022-04-05 11:45 Odds subject to change.

There is a stack of EFL action as well as the Champions League this midweek and we've asked our BTTS statto @OddsT3rrier to dig out his form book and pick out a four-fold for your perusal. It has been boosted by bet365 using their accumulator bonus all the way out to above 12/1.

We start in the Championship and the M55 derby. These two sides are separated by just seventeen miles and there is a deep dislike between the two sets of supporters. This match should be particularly spicy as the two sides are split by only one place and one point in the league table. If Preston win this one, they go back above their neighbours. If Blackpool avoid defeat they remain above the Lilywhites.

One thing this game should promise is goals. Deepdale has seen 45 goals scored in 18 games and 13 of those (72%) have seen BTTS hit. Blackpool top the league for away BTTS rank with 13 of 17 games (76%) seeing it occur.

We move into League one and a lower mid-table clash between Fleetwood and Lincoln. City are just one spot above Town in 18th but are eight points better off. Fleetwood still are in the thick of a relegation battle so could do with three points here to pull further away from the bottom four.

Highbury Stadium has seen a glut of goals over the season; 53 have been scored in just 18 home games and the Cod Army have seen BTTS hit in 10 of those matches. The Imps have also been free scoring away from home with 54 combined goals in 20 games on their travels, 13 of those seeing both teams scoring.

We have a bottom of the table versus top clash at the Mazuma Stadium in Lancashire. 21st placed Morecambe are fighting for their League One survival and got a crucial 3-0 win last time out against Burton. The face a Oxford team that is scoring ridiculous amounts of goals but are also conceding at the other end. United currently sit just one place and one point outside the playoffs and simply need to win here.

Both these teams are involved in high scoring games. The Shrimpers have seen 62 goals in just 20 games at home and 12 of those saw BTTS land. Oxford are the leading scorers in the division and lead the league in overall BTTS rank (68%).

Our last game is from Moor Lane in Greater Manchester and a League Two battle between Salford in 9th and Vale in 3rd. Both teams are in cracking form. City are making their usual late charge for the playoffs, winning their last four and unbeaten in 11. Port Vale are unbeaten in six and have lost just one in 16. This should be a cracking match and hopefully produce goals.

Speaking of which, The Ammies have seen 10 of this 19 home games (53%) seeing both teams score whilst The Valiants rank higher still. On the road they've seen 51 goals combined in just 19 games, with 14 of those (74%) seeing BTTS hit.