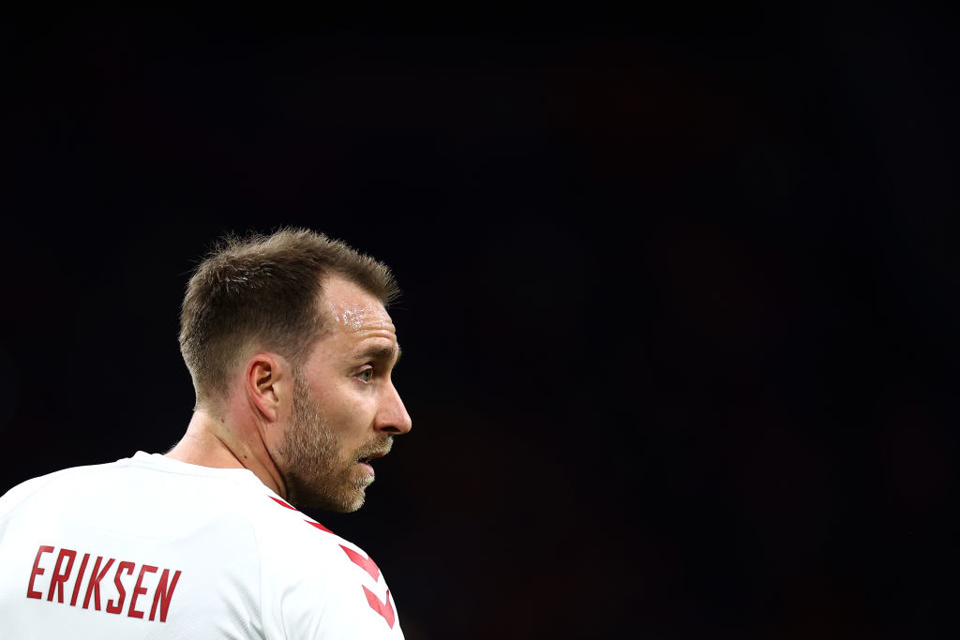 BTTS Tips: Christian Eriksen will play for the first time back at the stadium where he collapsed less than a year ago in a night of high emotions
By Adam Roberts
14:54 Monday 28th March 2022 - 3 minute read

We're still on the international break and there is a huge amount of international friendlies as well as crucial play off fixtures. There is also action from the bottom end of the EFL and we've asked our BTTS guy @OddsT3rrier to study all Tuesday's fixtures and come up with a four-fold acca for you. It pays just over 11/1 with app based SBK who currently have a £30 freebet welcome offer. You can find the offer using the button below.

First up we've got what will surely be a hugely emotional night in Copenhagen. Christian Eriksen returns to Telia Parken for the first time since June last year, where he collapsed after suffering a cardiac arrest in Euro 2020. Many thought he would never play football again but he has defied all doubters, returning firstly for Brentford in the Premier League and then for his country - scoring with one of his first touches - after being given a standing ovation from both sets of fans when substituted on, during Denmark's 4-2 loss to the Netherlands on Saturday.

Denmark have scored in every game bar one in their last 13 games - a 2-0 loss to Scotland - and I expect them to score again here at home in front of a highly charged crowd. As for Serbia they have a similar goal scoring record, scoring in each of their last nine matches in all competitions.  I like the chance of BTTS here.

Next up we move to the aforementioned Netherlands, who are on a decent run of form since exiting Euro 2020 at the last 16 stage. They've won six and drawn two since the loss to the Czechs but face their biggest test here in the team ranked just one place below them in the world. These two countries currently sit 10th and 11th in FIFA's rankings and this should be a cracking match for the neutral.

Germany have won eight straight after their shock 2-0 loss to England in the round of 16 at Euro 2020, and have scored 33 goals in those eight games. This game screams goals.

We included Qatar in our BTTS piece last week and they didn't disappoint; beating Bulgaria 2-1 thanks to a Boulame Khoukhi winner. The Maroon have won nine of the last 13 games in all competitions and will enter the World Cup they're hosting in fine spirits. Here they face a Slovenia team that have won two, drawn two and lost one in their last five, yet have scored in all those games. Again I like the idea of BTTS landing in this fixture.

Lastly we move to League Two of the EFL and a match from the Peninsula Stadium on Moor Lane. 11th placed Salford host 12th placed Crawley and neither side will have given up on reaching the playoffs yet, both winning their last two games.

The Ammies are on a great run after a poor start to the season and are unbeaten in their last nine. Crawley are inconsistent but usually score - only failing to score three times in their last 27 games!

If you are following these selections then good luck and remember to gamble responsibly.