BTTS Acca Tips: A 9/2 treble for this week's EFL fixtures 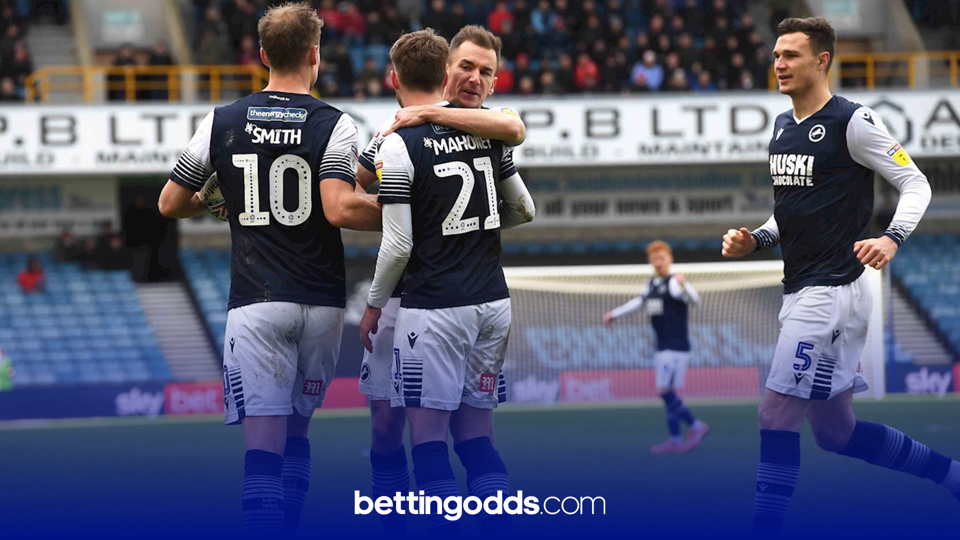 The rain may have been battering the UK for what feels like weeks now and the dark cold nights are certainly closing in, but there’s plenty to look forward to as there’s football league action from The Championship and League One on Tuesday evening.

We’ve taken a dive into the data so far this season and have picked out our best both teams to score tips for Tuesday with three selections that pay just north of 9/2 when combined as a treble with bet365. This also includes a 5% win bonus, should all six sides go on to find the back of the net thanks to bet365’s soccer accumulator bonus which you can read more about here.

Both Teams To Score Tips

First up we’re heading to the capital as Millwall face Reading in the Championship. The Royals were beaten 2-0 at home by Bournemouth on Saturday and have now lost three league games in a row and have conceded at least two goals in their last three matches.

Millwall left west-Yorkshire empty-handed at the weekend thanks to a Jonathon Hogg goal late on that sealed all three points for Huddersfield. Gary Rowett’s side have seen both teams to score land in 71% of their home fixtures this season with no side bettering that figure in the entire division.

Blackburn, Coventry, Fulham, Stoke, Luton and Blackpool have all managed to find the net away at Millwall this season in the league and I think this game has more chance of BTTS landing than the 10/11 with bet365 suggests.

Dropping down into league one and the first of two fixtures I’ve chosen from England’s third tier is Wycombe v Ipswich. Paul Cook’s side had been unbeaten in four matches before losing 2-1  to Plymouth at Home Park. The Tractor Boys have been involved in some eventful matches over recent weeks with over 2.5 goals landing in all of their last seven matches in league one. Furthermore, no other side in the division has seen a higher percentage of their games feature both teams scoring this season than Ipswich with it landing in 80% of their matches in 2021/2022.

Wycombe currently find themselves in third place in the table, just two points off top! Gareth Ainsworth’s side threw away a 3-1 lead away at Fleetwood at the weekend and will have been slightly disappointed to come away from the Fylde coast with just a point.

At home, Wycombe have won their last six league matches and have been winning at both half-time and full-time in five of those! The Chairboys have scored at least two goals in their last four league matches at home, and with 67% of their home fixtures having seen BTTS this season I’m happy to get involved with the 8/11 on show here.

The final game in this trio for Tuesday evening is Morecambe against Cambridge. The Shrimps have taken just 15 points from their first 15 matches so far this season after gaining promotion to league one. One positive for this midweek clash for the home side is that 11 of their points they have collected this campaign have come on home soil at the Mazuma Stadium.

Ten of Morecambe’s 15 matches so far this season have featured both sides scoring and I’m hopeful it can land against Cambridge who have seen both teams to score in 100% of their away league matches so far. The U’s come into this game just four points ahead of Morecambe but with the hosts having conceded the most goals in league one this season I’m confident Cambridge can score.

That’s just over 9/2 on the treble with bet365 at the time of writing. Best of luck to anyone following the selections and please always gamble responsibly.