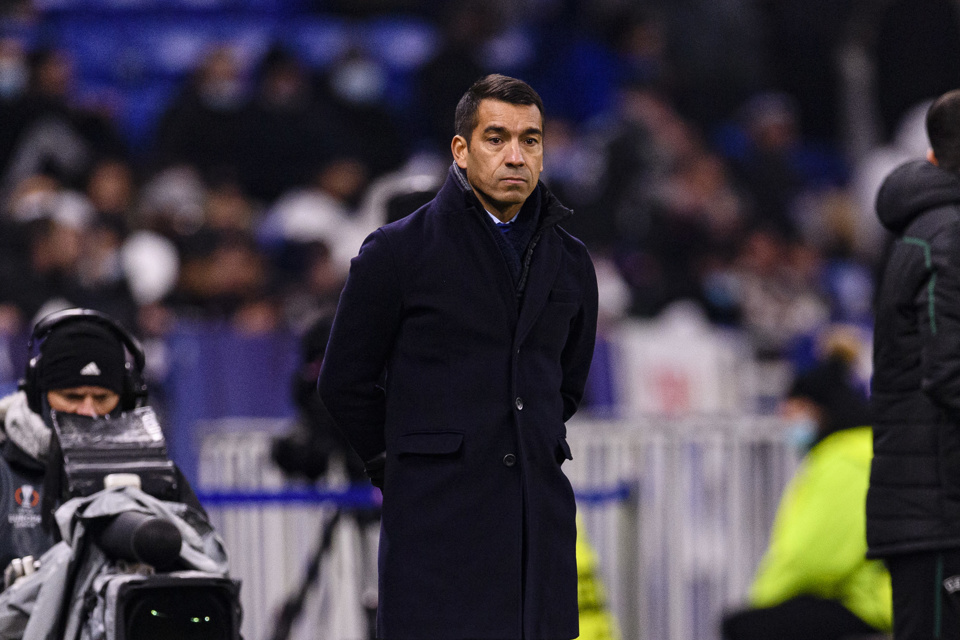 #Ad. New customers only, bet up to £20 on the Exchange and if your first bet loses, we’ll refund you £20 in Cash. Bet must be placed in first 7 days of account opening. T&Cs apply. Payment restrictions apply. 18+ begambleaware.org
Rangers vs PSV, Bristol City vs Luton, Norwich vs Huddersfield, Exeter vs Wycombe
11.13/1
Odds correct as of 2022-08-15 15:15 Odds subject to change.

There’s a feast of EFL football on Tuesday night, plus a few crunch Champions League play-off matches taking place across the continent. Below, we’ve picked out four matches for our mid-week acca, which can be backed at 11/1 with app-based firm SBK.

We’ll start off with a huge game up in Scotland as Rangers take on PSV at Ibrox in the first-leg of their Champions League qualifying play-off. Huge is actually an understatement. This is colossal. After all, last season’s Europa League runners-up have been absent from the Champions League group stages since 2010/11.

The Gers will be determined to take an advantage with them to Holland next week and will be buoyed by their superb comeback over Royale Union Saint-Gilloise in the previous round; recovering from a 2-0 first-leg defeat to win 3-2 on aggregate after a barnstorming performance in front of their own fans.

PSV, led by new manager Ruud van Nistelrooy, have had a thrilling start to life under the ex-Man Utd striker. They are unbeaten in five games to date which have been jam-packed to the brim with a stonking 27 goals - including a 5-3 win over Ajax - with BTTS landing in each.

Rangers will be looking to extend a record that's seen them score in their last 30 home games in all competitions - dating back to September - while BTTS has come out on top in seven of their last 12 matches in Europe. Another goal-packed clash looks likely on Tuesday night.

Now onto Bristol City vs Luton, the first of our two Championship selections. The Robins top the BTTS charts in the second-tier with each of their three league games going down that route so far this season, plus their League Cup victory too. In fact, those four matches have been home to 15 goals.

We fancy this BTTS trend to continue at home to Luton, who themselves have scored and conceded in two of their last three games in all competitions. Sitting in 21st (Luton) and 23rd (Bristol City), we get the feeling this could be an open encounter at Ashton Gate, as each side strives for their first league triumph of the season.

Staying in the Championship, our BTTS motor veers over to Norfolk where another winless club, Norwich, do battle with last season's defeated play-off finalists Huddersfield.

Title-winners in each of their last two Championship seasons, Norwich were expected to mount another promotion push this term following their relegation from the Premier League. However, boss Dean Smith finds himself in a spot of bother following a surprise return of one point from three games. A defeat at home to Huddersfield (W1 L2) could really set the alarm bells ringing.

Despite their stuttering start, BTTS has landed in two of Norwich’s three league games, as well as last week’s cup clash. BTTS has also been a staple of Huddersfield’s early season diet, occurring in their last three league and cup games, which includes a 4-1 defeat to Preston and 3-1 triumph over Stoke.

League One: Exeter vs Wycombe, 7.45pm

Our fourth and final selection comes in League One, where Exeter City face Wycombe at St James Park.

Exeter’s three league games have averaged three goals each so far in a win, draw, and a defeat, while they spectacularly fired a club record seven - without reply - away to Cheltenham in the cup. A night Grecians fans will never, ever forget.

They’ll fancy their chances of cracking a Wycombe defence that’s been surprisingly vulnerable in recent weeks, conceding five in their last two third-tier fixtures, plus another in their cup game. With six goals scored in their four matches so far, the visitors will also be confident of finding the back of the net.