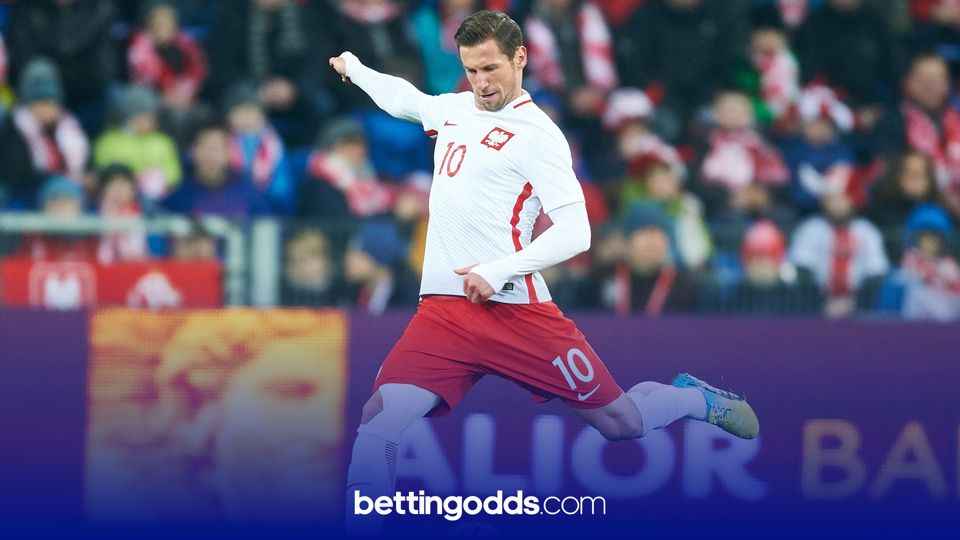 Both Teams To Score Tips: Poland feature in our selections for Tuesday
By Anthony Eadson
14:53 Monday 11th October 2021 - 4 minute read

Tuesday sees the last round of European World Cup qualifiers for October’s International break. We’ve tasked our man @AnthonyEadson to give us his best Both Teams To Score tips for the evening, and he’s picked out three games that he likes the look of.

At the time of writing the treble pays best with Betfair at just short of 15/2 and can be backed using the link below. England are also in action against Hungary on Tuesday and we’ll have a preview for the game along with best bets from @TipsterWizard.

Both Teams To Score Tips:

The first game that I’ve opted for both teams to find the net on Tuesday comes from England’s group, where second place Albania host third place Poland. Just one point separates the two sides heading into this crucial game in Tirana and with just two group matches remaining after this, both teams will be confident of clinching that play-off spot in second behind England.

Albania have won five of their seven matches so far in Group I and they managed to score against Poland in the reverse fixture which ended 4-1 at the start of September. Since then Edoardo Reja’s men have won three on the bounce, but it’s Poland’s recent both teams to score record that makes this an attractive play in the BTTS market.

In all formats, both teams have scored in nine of Poland’s last 10 matches! That includes two games against San Marino who managed to find the net in one of those, something they have only managed twice in their last 17 games. Poland’s defence has not been convincing throughout qualifying, however they are the top scorers in the group. There’s a lot on the line here in this one and at a shade above even money, I’m fancying both teams to score.

Next up, Sweden take on Greece in Stockholm with the Scandinavians having the chance to leapfrog Group B leaders Spain into first place in the table. Sweden have won four of their five matches so far in qualifying with their only defeat coming against Greece last month. In all competitions Janne Anderson’s side have seen both teams score in five of their last six matches and it wouldn’t surprise me to see it land again in this one.

As mentioned above, Greece are the only side to beat Sweden so far in qualifying and they find themselves just three points behind Tuesday’s opponents, in third place in the table. Both teams to score has landed in four of their five games so far in World Cup qualifying and looking back further it’s also landed in eight of their last nine in all competitions which gives plenty of appeal to the 11/10 on offer against Sweden.

Rounding off the trio of tips for Tuesday is Ukraine v Bosnia in Group D. As with the two other fixtures I’ve taken a lean towards both teams scoring in a match which pits second against third, with Ukraine currently sitting in the play-off spot behind group leaders France.

Ukraine have seen both teams score in five of their last six matches in all formats, conceding to Kazakhstan, Sweden, France, Czech Republic and Finland in that period. Bosnia sit just two points behind Ukraine but crucially have a game in hand over their eastern European counterparts. Both teams have scored in three of their five World Cup qualifiers so far and with them managing to find the net away in Paris against France I believe they can here against a Ukraine side that has struggled for clean sheets lately.