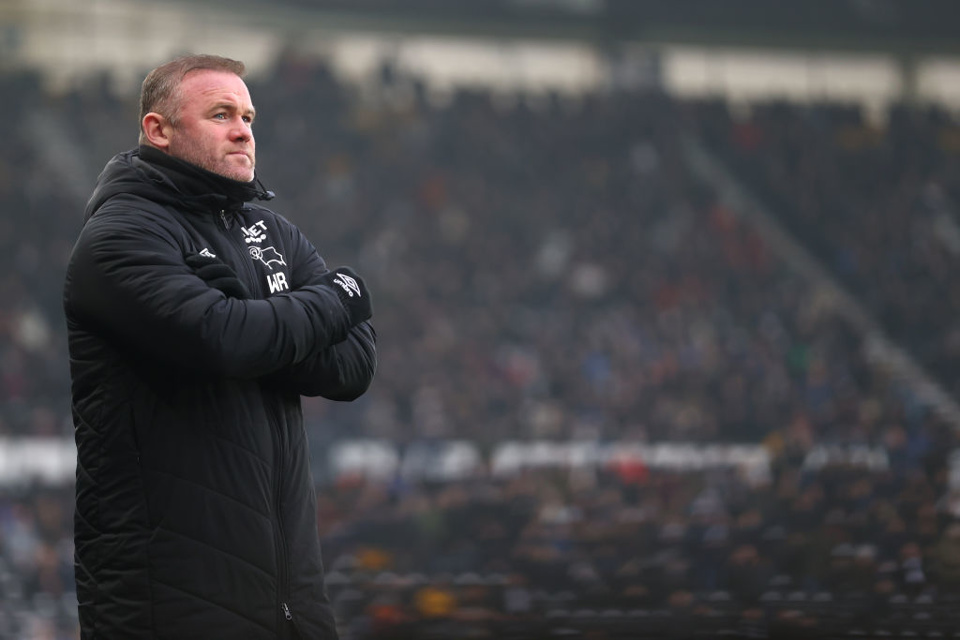 Wayne Rooney's side feature as one of three selections across Sunday's games
By Luke Hamilton
15:57 Friday 28th January 2022 - 4 minute read

Although the Premier League is enjoying its winter break until next weekend, there's still a ton of footballing action to satisfy your fix.

Sunday sees a pair of televised Championship clashes, along with the remaining two Africa Cup of Nations quarter-finals being played.

That's in addition to the host of CONCACAF World Cup Qualifiers scheduled, and guess what - we've pulled a selection from each of these aforementioned competitions to form a Sunday BTTS treble for you!

Be wary that the three matches kick off at three different times, so if staggered bets put you off, maybe steer clear of this one!

Our first selection comes courtesy of the 1:30pm kick off at Pride Park Stadium. It's East vs West as two Midlanders go to war with Derby hosting Birmingham in the Championship.

The fact that Wayne Rooney's men are even in consideration for achieving the impossible by staying in the division after they were docked a total of 21 points during this campaign is an incredible feat in itself.

As far as this one goes, both teams have scored in seven of Birmingham's last eight matches. For the Rams, after four consecutive home games where this bet landed, they've gone three without both teams scoring.

But given the fact that seven of their last 10 meetings with one another have seen BTTS, coupled with the complexion of this game, there's enough reason to believe it'll occur here.

Next up we're heading all the way to Cameroon for the first of two Africa Cup of Nations quarter-finals on Sunday at 3pm. Two of the tournament's strongest competitors will meet among the remaining eight teams as Egypt and Morocco look to progress to next week's semi finals.

The competition has been a particularly strange one for trying to pick out any discernible patterns, including in the both teams to score market. Of the 44 matches played as of writing this, only 16 have seen BTTS land. That's a success rate of only 36% across the whole tournament!

But that shouldn't deter you. We've now entered the stage where there is more quality on show and that will be exemplified by these two sides who each could have a strong case made for them to win the whole thing.

For Morocco, their two most recent matches - including a last-16 tie vs Malawi - have seen both teams score. In Egypt's case, each of their four AFCON matches have been low scoring affairs so far, made worse by the fact that zero have had both teams score in them!

But something's got to give, right? Although there's likely to be a chess match-like approach from both to begin with, I'd be very surprised if they didn't eventually open themselves up to one another, meaning at least a goal apiece is on the cards.

And last but certainly not least, we travel to Central America for the CONCACAF World Cup Qualifiers where two neighbours at the top of the group will duke it out for victory during a 8:05pm UK kick-off time.

Canada and USA are 1st and 2nd respectively; the Canadians remain undefeated, while the Yanks have lost just once in their nine qualifiers up to this point.

September's head-to-head ended honours even, with both finding the net in a 1-1 draw. And the fact that the two couldn't be separated last time out tells me to expect a similar story again on Sunday night.

Both nations have conceded just five goals from the same number of games in the Qualifying stage - with one of those coming for each in September's game.

This is potentially a group topping decider and with so much at stake, expect a feisty affair between two rivalling countries and each to find the net in what is expected to be a largely competitive fixture.

Derby vs Birmingham, Egypt vs Morocco & Canada vs USA
9/1
Odds correct as of 2022-01-28 15:55 Odds subject to change.
Opt-in
Sign-up to receive emails when new additions are made to the Opta Tool
Sign-up
By clicking opt-in you agree to our privacy policy and terms and conditions below
Opt-in
Your Details
Complete your details below to enter:
Full Name
Email
SUBMIT
Please fill in both your name and email
Opt-in
SUCCESS!
Thank you for your submission.