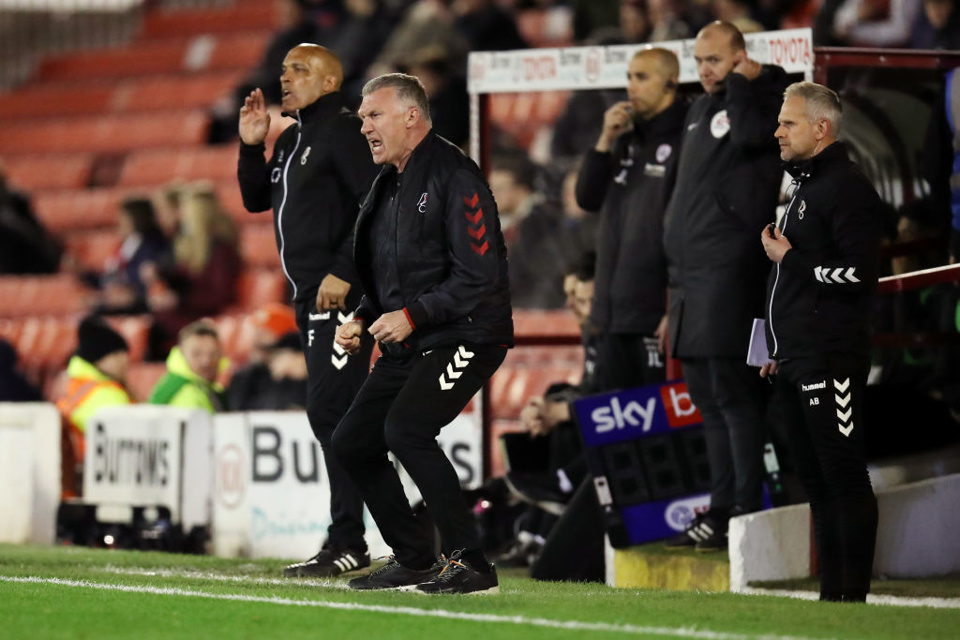 There's a full schedule of domestic and international football action this Saturday so we've called on @LAHamalam to analyse the stats and pick out a both teams to score treble for your consideration.

Our attention is firmly placed on the Championship and League One in England, with two games chosen from the former and one from the latter. The treble pays best with bet365 and has been boosted using their acca bonus to form this 4.66/1 bet.

First up is a Championship clash down at the wrong end of the table. Bristol City are safe but coasting along for the remainder of the season with nothing of note to play for. In Peterborough's case, they're rooted to the foot of the table, 10 points adrift of Reading who are just outside the drop zone.

City hold a stunning record in the both teams to score department, with 70% of all their league matches seeing one or more goals for either side.

This has been the case since before Christmas where a remarkable 16 of the 19 games they've played in the English second tier during this time has seen the bet land. Add to this the fact that BTTS has occurred in each of their last nine home games.

Earlier in the season, these two played out a 3-2 thriller at the Weston Homes Stadium, with the Robins narrowly coming out on top. Don't be all that surprised to see a similar outcome in this one.

We then travel just short of 90 miles North to the Midlands where West Brom host Stoke in the Championship. Steve Bruce's men come into this one on the back of a fantastic midweek result where they stunned Bournemouth with two quick-fire goals inside the opening 15 minutes.

Stoke haven't been the most reliable for both teams scoring in their matches, or for scoring goals themselves for that matter. But comparing their 45% home record in this department to the 60% success rate on their travels, there's a considerable increase when Stoke are playing away from the bet365 Stadium in BTTS terms.

Sticking with the patterns from their away fixtures, the bet has landed in each of their last seven matches on the road and with West Brom believing they could sneak a final play-off place with an impressive run, I like the look of this one seeing both teams on the scoresheet.

Now to League One where 7th meet 8th when Oxford take on Sunderland. It's incredibly tight between the four teams vying for those final two play-off places in the third tier and both of these sides will be desperate to stake their claim for one with a win here.

The O's have a 75% success rate when it comes to both teams scoring during matches at the Kassam Stadium this season, with it happening in each of their last seven there, and only failing on five occasions during home fixtures over the entire season.

For Sunderland, they're more split down the middle in this area. Whether it's at home (50%), away (55%) or overall (52.5%), they hold similar percentages for both teams scoring during league matches this campaign.

With so much to play for in an evenly contested affair, it's the kind of match that sets itself up nicely for BTTS.