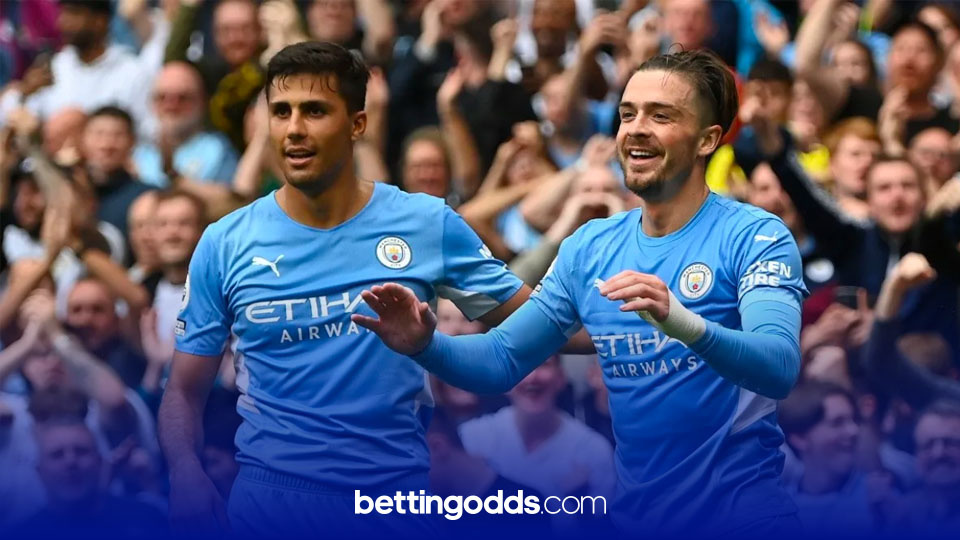 There is plenty of midweek action to feast upon this week, with everything from the return of the Carabao Cup to Serie A and La Liga matches taking place. In addition to our Tuesday BTTS acca, we’re dipping our toes back in the water and choosing another four fixtures that we like the look of for both teams to score in across Wednesday’s games.

Our first pick comes from the second round of the DFB-Pokal as Borussia Monchengladbach host Bayern Munich.

These two sides have quite the history in recent years, flaunting some outstanding score lines and making the winner of the game rather difficult to predict.

Since the 16/17 season, the pair have faced each other nine times, with both holding four wins to their name each and sharing the spoils once in their most recent meeting.

BTTS has landed in more of these nine games than it has not, with three of them featuring five or more goals. It’s safe to say that when the two have shared the same pitch recently, entertainment, goals and unpredictability have all been found in abundance.

Monchengladbach’s home form in the both teams to score department is very appealing, with 75% of their matches seeing the bet land, including their August Bundesliga fixture with their opponents on Wednesday.

But the real eye-catching stat is Bayern Munich’s record in this department which has seen both teams score in every single one of their four away Bundesliga trips this campaign.

Given the surprise exit for a number of top tier clubs in the opening round of the competition, Julian Nagelsmann’s loss in last year’s final and the incredibly competitive nature of this fixture in recent years, both teams to score seems a good shout here.

Next up is defending Scottish Premiership champions Rangers who welcome Aberdeen to Ibrox.

The Gers are three points clear of Hearts at the top of the table, while Wednesday’s visitors ended a run of five straight defeats with a victory over Hibernian at the weekend.

Coming into the game it looks to be a fairly straightforward result on paper but Steven Gerrard’s side have dropped points on three different occasions already this season so maybe there is more to this one than meets the eye.

It’s also worth mentioning that Rangers have conceded two goals to Ross County and one to St. Johnstone - two teams that find themselves below Aberdeen in the SPL table.

Getting on to BTTS, all but one of Aberdeen’s away five matches in the league so far have seen it land. Further on that, Aberdeen have only managed to keep two clean sheets from their 10 SPL games in the 2021/22 season.

For the home side, both teams have scored in five of their six most recent games, including their three latest home league matches. Both of these sides share a 60% overall BTTS percentage from their 10 outings, which makes backing the same outcome in this one very appealing.

Pep Guardiola and David Moyes’ head-to-heads last season proved rather interesting, with this exact fixture ending in a draw before the Blues extended their unbeaten run to 20 games with a 2-1 win courtesy of John Stones in February.

West Ham managed to keep their first league home clean sheet of the season in the London derby on Sunday as they narrowly edged Tottenham out to a 1-0 win. This leaves them with an 80% BTTS record for home PL fixtures, with both Man Utd and Leicester both having visited the London Stadium during this time.

In recent meetings, both West Ham and Man City have scored in three out of five of these games, including both Premier League fixtures from last season.

BTTS has also occurred in Man City’s last three away games across all competitions, all in games where the opposition have been above a certain standard (Liverpool, Club Brugge and Brighton).

West Ham seem to have picked up right where they left off from the previous season and their European adventures only appear to be making them stronger, with the Hammers currently sitting in fourth place. Although Manchester City have yet to lose a League Cup game for exactly five years to the day, both teams have scored in six of their ties over the past couple of seasons - excluding finals. Of these six, four were away from home, while five of them were against Premier League opposition.

Our final selection comes from the Spanish capital as titans Real Madrid welcome Osasuna to the Santiago Bernabeu.

Upon their return to the top flight, Wednesday’s visitors are in a good position to build upon their 10th and 11th placed finishes as they reside in 6th at the time of writing.

On the flip side, the immediate future feels a little uncertain for one of the sport’s biggest clubs, with the fact that only one league title from the last four has been lifted by the giants. There’s no doubt that Los Blancos will eventually return back to their former glory, but how long that will take and whether they’ll see that upturn with the reappointment of Carlo Ancelotti is yet to be seen.

For as long as can be remembered, Barcelona and Real Madrid have dominated La Liga, so the current climate leaves what is usually a foregone conclusion has now become an open race.

Here, we have a team in Osasuna who have seen BTTS land in seven of their nine most recent matches - only failing to score on two occasions in the league this season which both ended as goalless draws.

As for the hosts, Madrid have conceded 11 goals from nine games so far, which may not seem like an awful lot in itself, but when compared to the teams around them (Real Sociedad with 9, Sevilla with 6 and Atletico 8) proves that they are far from the immovable force they once were.

Side with Griezmann in the Shots on Target market

Porto vs Atletico Madrid Odds as BettingOdds.com provide their Betting Tips for the Champions League match on…