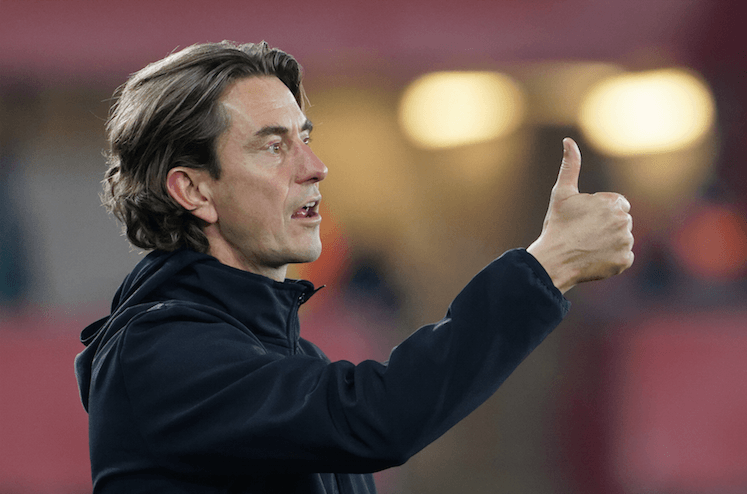 After being let down by just one game in midweek, we’re back with another BTTS bet for this weekend’s action in the Premier League and EFL.

All matches kick-off at 3pm this Saturday, with the four-fold paying a tidy 9/1 with Betfair.

We’ll start in the Premier League, as Brentford make the arduous journey to the north-east to take on Newcastle in what will be Eddie Howe’s first game in charge of the Magpies.

The ex-Bournemouth manager will be looking to get off to a strong start and it’s likely his new side will be raring to go from the outset in the hope of obtaining a vital three points.

Four of Newcastle’s last five league games has seen BTTS land, while Brentford’s last three consecutive PL matches have also seen both teams get on the scoresheet. A repeat this weekend seems likely.

Down into League One and Charlton vs Plymouth looks like it may potentially serve up some goals. The table-topping visitors’ last three league games have all finished with a BTTS scoreline, while Charlton have scored 10 goals in their last five home games in League One, with all but one of those clashes seeing both sides find the net.

There’s a Lancashire derby in the third tier this Saturday as Morecambe take a trip down the coast to take on Fleetwood. BTTS has landed in 11 of the hosts’ 15 league outings this season which includes their last three games.

Morecambe have seen both teams score in four of their last five in League One and have the second-worst defensive record in the division - second only to rock-bottom Crewe (31) - having conceded 30 goals in 16 games.

Sinking into the depths of League Two for our final leg of the acca and Mansfield vs Scunthorpe catches my eye. Scunny’s last four in League Two have all finished with both teams scoring while three of Mansfield’s last four have also ended BTTS.

The away side have the worst defensive record in the league having shipped 30 goals so far so I’m not expecting them to keep a clean sheet, though after scoring twice against Doncaster and once against Salford during their last two outings, I do feel as though they can notch at least once in Nottinghamshire.

BTTS: Newcastle vs Brentford, Charlton vs Plymouth, Fleetwood vs Morecambe, Mansfield vs Scunthorpe
9/1
Odds correct as of 2021-11-17 16:30 Odds subject to change.
Bet Calculator