Brook v Khan Odds: The grudge match is finally on - We take a look at the odds 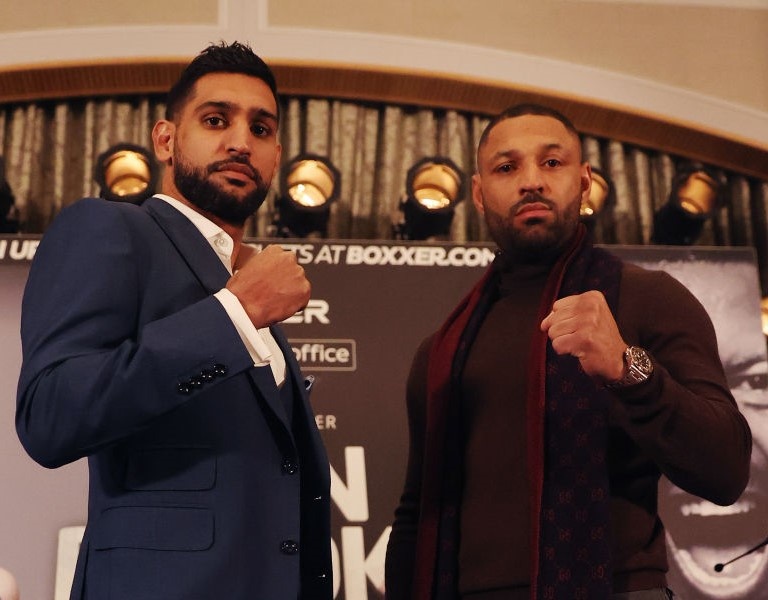 Kell Brook. Amir Khan. Fighting each other in the same ring. YES, it's happening!

Oh, it's not 2012 when Kell Brook first talked about the prospect of an Amir Khan fight, or even 2014 when Brook won the IBF Welterweight title in a hard fought victory over Shawn Porter or even still 2016 when the fight really should have happened. In 2016 Khan vs Brook would have filled Wembley Stadium as both men were arguably in their prime and Brook was still undefeated.

However, Khan consistently said that Brook wasn't at his level and would need to fight some 'names' before he would step in the ring with him. He also had his eye on the big money fight vs Floyd Mayweather. Strangely and frustratingly, Khan chose to get in the ring with Saul "Canelo" Alvarez at Middleweight in a fight that he was never likely to win and was KO'd in the 6th round.

Even more strange was Brooks' decision to sign to fight the other Middleweight monster 'GGG' Gennady Golovkin. A decision that cost him his undefeated status and almost his eyesight after a damaged eye socket injury. He then went on to lose his IBF strap to the extremely talented Errol Spence Jr in Sheffield and since then both men have been in semi retirement - only choosing to fight in keep busy fights or unsuccessful world title challenges against Terence 'Bud' Crawford, who dispatched both with ease.

No - It's 2021 and these two should know better. Their time has been and gone and what was once a genuine UK mega-fight is now merely an intriguing circus sideshow.  Both men are in their mid thirties and have serious doubts about their punch resistance after stepping in with some of the hardest hitting boxers in the world.

I have no doubt that this fight will end up still capturing the casual boxing fans attention and will no doubt sell well at the Manchester Arena and on Sky Box Office, but it's a fight that should have happened at least 5 years ago, if not sooner!

The early odds have been released following their chaotic first press conference and we've got all the info you need below.

The long awaited fight is happening at the AO Arena in Manchester on February 19th and will be broadcast live on Sky Sports Box Office. Amusingly, after the almost decade long period he's tried to make this fight happen, boxing promoter Eddie Hearn isn't actually involved in the fight and the two men, who are both promotional free agents, will instead fight under the new BOXXER deal with Sky.

The fight weight hasn't been officially confirmed yet but it's expected to take place around the Welterweight limit of 10st 7 (147lbs) or at an agreed catchweight slightly above it.

Bookmakers have only just started putting odds out for the fight so we don't have a full raft of markets to study yet but its clear that Kell Brook will be the bookmaker favourite. He's currently around the 8/13 price with Khan out at 6/4 and the draw at 22/1. It seems that the bookies are favouring Kell's power and timing over the sheer hand speed of Khan. Both men have been knocked down and out brutally before and doubts remain about their chins. I think its unlikely to go the full distance.

We'll be updating this page nearer the time with a full fight preview and betting tips for all the relevant markets so bookmark the page for all your boxing betting news.

Jake Paul Next Fight Odds as BettingOdds.com take a look at this Betting Market where Conor McGregor and Tommy…

Parker vs Chisora Odds: Expect Parker to grind out another win over Del Boy

Parker vs Chisora Odds as BettingOdds.com provide a Betting Preview and Predictions ahead of the fight this Saturday…

Crawford vs Porter Odds and Betting Predictions as BettingOdds.com preview the Welterweight Boxing Bout with a…

Back Canelo To Reign Supreme This Weekend Against Plant

Alvarez vs Plant Odds as BettingOdds.com provide a betting preview and offer their predictions for how the 168lbs…

Jake Paul vs Tommy Fury Odds: Everything you need to know for upcoming clash

Jake Paul vs Tommy Fury Odds as BettingOdds.com provide a look at the opening betting odds for their December…

Fury vs Wilder 3 Odds and Betting Predictions as BettingOdds.com preview the Heavyweight Boxing Bout with a 4:15AM…

Fury vs. Wilder 3 Odds as BettingOdds.com Preview the fight and offer up their best predictions and Betting Tips.…

AJ v Usyk betting preview: Will there be an upset?

UFC 264 Tips: McGregor to get the job done early?