Brighton vs Crystal Palace Odds: Maupay to find the net at the Amex 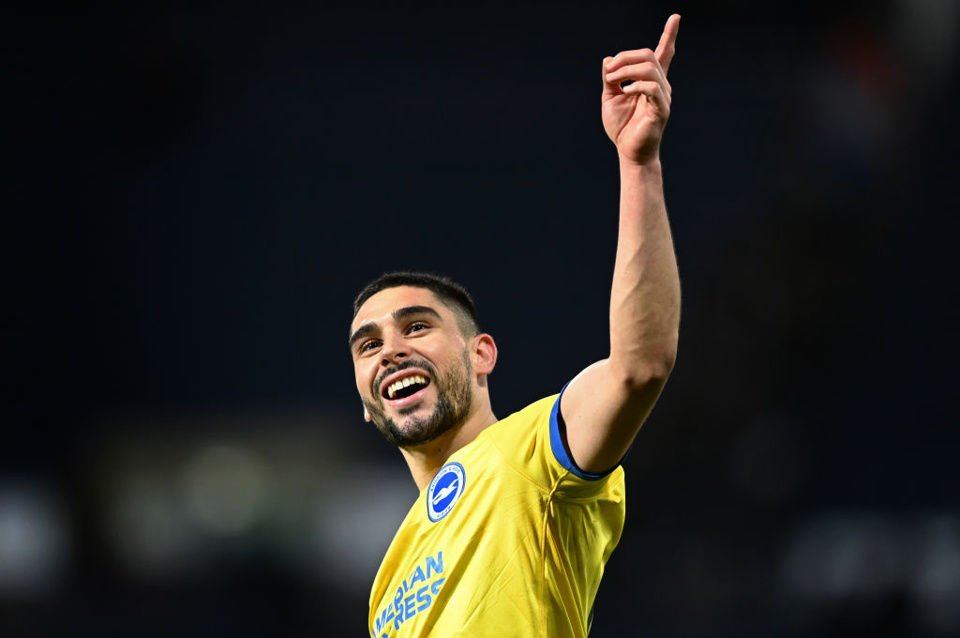 #Ad. 18+ Playsafe. Place a £10 Sportsbook bet on any Football market between January 7th - February 6th, at min. odds 1/2 (1.5) — get £40 in free bets, valid 30 days. Your qualifying bet must settle before 23:59 February 6th. Only deposits via Cards will qualify. Free bets will be awarded after the qualifying bet has been settled. T&Cs apply. 18+ begambleaware.org

Live on Sky Sports, Brighton host Crystal Palace in the premier league this Friday night at the Amex Stadium at 8pm. The hosts come into this game in top form having beaten Everton 3-2 in their last away game after collecting a deserved point at Stamford Bridge in a 1-1 draw. They also managed to beat West Brom in extra time to book their spot in the 4th round of the FA Cup. The morale at the club is sky high and they will be full of confidence ahead of this crucial M23 Derby. Graham Potter’s men sit 9th in the table with 27pts collected from 19 games and have only lost just 4 games all season. They are clearly going to be challenging for a top half spot this season considering the football they are playing.

As for the visitors, they sit 12th in the league table with 23pts collected from 20 games and come into this game in mixed form. They beat Millwall away from home to qualify for the 4th round of the FA Cup but lost at home to West Ham before that in a game they deserved at least a point from. Vieira's team have been in strong form in front of their own supporters but have found it difficult on their travels, winning just one of their nine league fixtures away from Selhurst Park. That is not a healthy record when you are going away to a team that has lost just 4 games all season. Palace will be without their main man Wilfried Zaha here due to his involvement in the AFCON but Michael Olise has been extremely impressive in his absence both scoring and assisting in his last 2 appearances in the league and the FA Cup.

An exciting derby awaits us and as usual, I have you covered with 2 of my best betting angles for this game included in the preview below:

Jeremy Sarmiento and Bissouma are out for Brighton while Lewis Dunk & Enock Mwepu are doubtful.

Cucurella averages the second most tackles for Brighton and had six in the reverse leg of this fixture. He has had 20 tackles in his last seven Premier League games which is an average of almost 3 per game. Considering this has a bit of a derby element to it, I expect Cucurella to get stuck in and comfortably get the 3 tackles. Another factor that could help this bet is that Cucurella could potentially be up against the tricky Michael Olise, which could further increase his chances of getting those tackles. 5/6 looks value to me for him to get 3 tackles and I will get on that with a 1pt stake as our main bet for this clash.

Michael Olise is bang in form for Palace at the moment scoring two goals in his last two appearances for them. He will be confident enough to hit the target even if he does not manage to score a goal. Maupay is Brighton’s topscorer with seven goals in the league and has four goals in his last six appearances for the Seagulls. Maupay also scored Brighton’s only goal in the reverse leg of this fixture. Finally, Cucurella was booked in the reverse fixture and could be up against the tricky Olise so he is worth backing for a yellow card here. Combining these 3 selections gives us a huge longshot @ 23/1 and I am happy to have a very small 0.25pt stake on that.