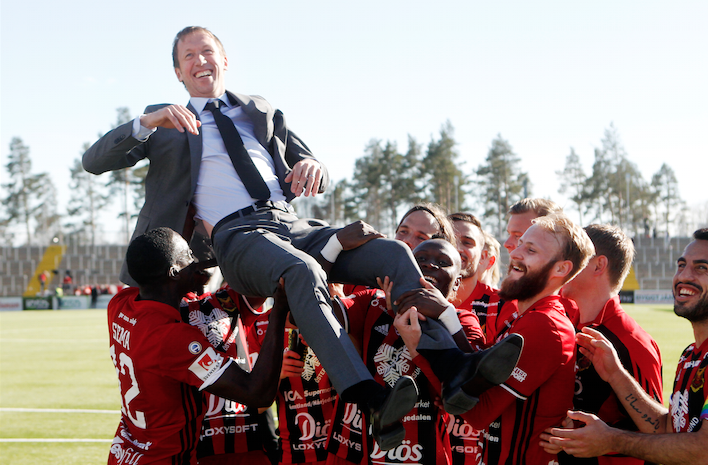 Graham Potter has been reinstalled as the favourite for the Tottenham job.

The Brighton boss has had his odds cut this afternoon (Monday) and can now be found at just 2/1 - having been out at 18/1 this morning with one bookmaker - to switch the south coast for the north of London.

Potter is now ahead of the likes of Roberto Martinez, Nuno Santo, Erik Ten Hag, and relative newbie Ernesto Valverde, who entered into contention late last week: You can read more about the experienced, and available, Spaniard right here.

Last week it looked like Spurs were about to seal the deal to appoint Paulo Fonseca, only to get cold feet and suddenly switch their focus to Gennaro Gattuso.

This news was greeted with absolute outrage by pretty much all of the Spurs fanbase, and the club swiftly pulled the plug on any negotiations with the Italian.

Since then, former Barcelona boss Valverde has been touted as a possible name in the frame, alongside Ralf Rangnick and Erik ten Hag, however the latest move in the betting indicates that Potter has potentially boomeranged back into the spotlight.

Brighton fans will obviously be desperate to hold onto their manager, who moved to the club from Swansea two summers ago.

The Seagulls have since finished 15th and 16th, but have caught the eye through Potter’s progressive, possession-based brand of football, which produced impressive wins last season against the likes of Spurs, Man City, and Liverpool, while they did the double over Marcelo Bielsa’s Leeds.

Potter is also being linked with the Everton job for which he's a 9/1 shot.

Scroll down for the next Tottenham manager odds...

Brighton boss Graham Potter has once again been installed as the favourite for the Tottenham job... ⚪️