Brentford vs. Burnley Predictions: Back Ivan Toney to be in the thick of the action 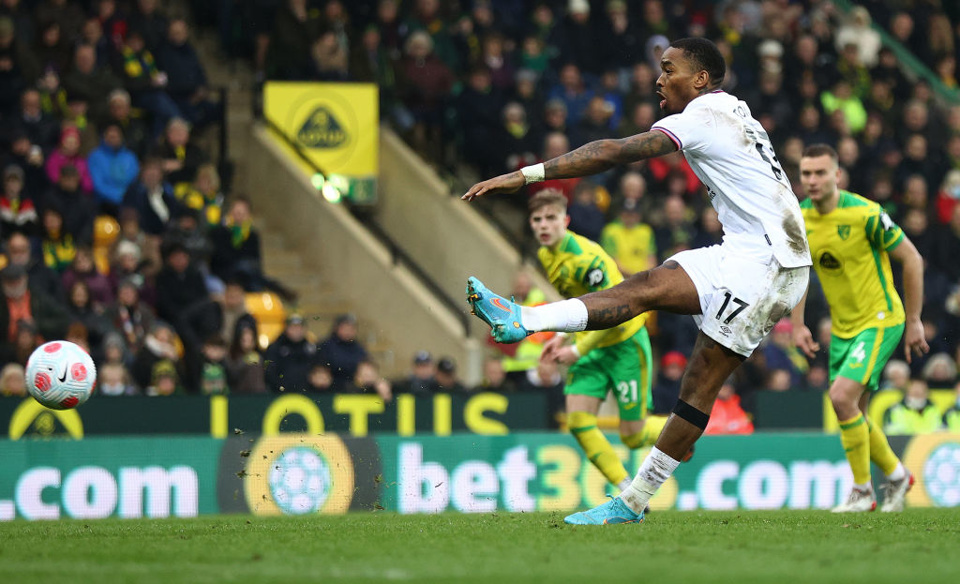 There are only three Saturday matches in the Premier League and we have full match betting previews for them all on site. Here we have tasked  @OddsTerrier with the match between Brentford and Burnley which is the sole 3pm kick off. He's picked out his two best bets for your delectation.

This match has suddenly become a huge relegation battle due to Brentford's constant tumble down the Premier League table. The Bees were winless in eight, before their huge 3-1 win last weekend over fellow strugglers Norwich. Thomas Frank's men are currently six points above their visitors, yet have played two games more than Burnley. The Clarets were on a decent little run of only one loss in seven (to Liverpool), which had dragged them off the bottom of the table, however, two recent defeats to nil have seen them dragged right back into the mire. Sean Dyche will be eyeing this fixture up as one he can get something out of.

Brentford enter this game with the injured Tariqe Fosu-Henry and the suspended Josh Dasilva on the unavailable list.

Burnley are sweating on the fitness of their figurehead Ben Mee after he missed the 4-0 loss to Chelsea, They are also missing Vydra, Gudmondsson, Pieters & Stephens. Maxwel Cornet should return, however.

With so much on the line for these two, I'm going to step away from the match result and instead concentrate on a couple of player props based around Brentford talisman Ivan Toney. First up I've gone for him to have at least two shots on target which is priced at 6/5 at William Hill. Toney leads the Bees for both shots (54) and shots on target (23) and is in a rich vein of form recently. The 25-year-old has scored five goals in his last four games and has six shots on target in that time. He has cleared this line in six games this season and against relegation strugglers Burnley, he should see plenty of the ball here. He's also got the magician that is Christian Eriksen pulling the strings behind him.

My 2nd selection is a doubling down on Toney in this game. I've combined the 2+ shots on target with him to score AND be carded.

As mentioned Toney has five in his last four, including a hat trick. Toney is superb at penalties and has never missed one in his Brentford career so if one is given, expect him to bag it.

In terms of cards Toney is behind only Midfielder Nørgaard in fouls and cards for the season with 37 and five respectively. In a pressure cooker of a game like this, I can see him boiling over. Paul Tierney is refereeing this one- he ranks 7th in the league this season for yellows per game and last year led the league.

The three selections combined pay a whopping 19/1 and you can load the slip directly using the link above.