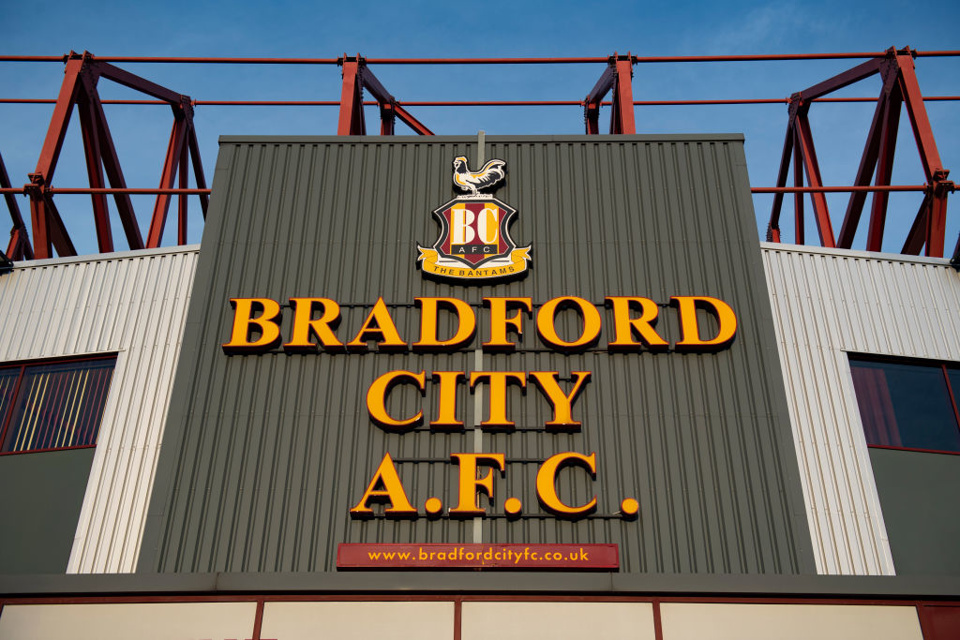 Bradford City have not played Hull City since 2005, with Nick Barmby on the scoresheet for the Tigers that day in a 2-0 win
By Anthony Eadson
17:06 Monday 8th August 2022 - 3 minute read

After one game last week, the League Cup first round continues with a total of 27 matches being played on Tuesday evening. Bradford City vs Hull City is the live televised offering on Sky Sports and we’ve tasked @AnthonyEadson to provide us with a preview and his best bets for the action.

The last time that Bradford faced Hull was back in 2005, with the Tigers coming out 2-0 winners thanks to goals from Stuart Elliott and Nick Barmby that day. Hull currently find themselves two divisions above The Bantams in the second tier of English football and have made a decent start to their campaign with four points from their opening two fixtures.

After his arrival in February, Mark Hughes is now beginning his first full season in charge of Bradford. However, things haven’t got off to a great start for the former Manchester City and Blackburn Rovers boss in League Two for Hughes, as his side were beaten 3-2 away at Barrow on Saturday, after a goalless draw in front of their own fans on the opening day.

Having a look at the prices to qualify for the second round and the visitors are the favourites with bet365, priced at 4/6. Those odds imply a 60% chance that Shota Arveladze’s side will come through this test on Tuesday, while the home side can be backed at 11/10 with the same firm.

The first of two picks that I’ve taken a lean towards at Valley Parade is for Hull City to win the game inside 90 minutes. As mentioned above, it’s been a strong start to the season for the visitors with a win over Bristol City as well as a point and a clean sheet against Preston North End on Saturday. 5/4 is available on Hull winning the game, and despite plenty of changes expected to their team that they fielded last weekend, I still think they look a little big here for a side that is two leagues above Bradford.

A large part of my reasoning here is that Bradford have been poor in front of their own fans since Mark Hughes took over. In total they have won just two of their eight competitive home matches since the Welshman was given the role six months ago. In contrast, the Tigers have only lost three of their 10 matches on the road since Arveladze was given the reins last season, keeping six clean sheets in that run. Given their solid start to the season and Bradford’s rather worrying result on Saturday, I’m happy to side with the visitors here.

Team news is always incredibly difficult to predict for the first round of the League Cup with the Championship sides often rotating heavily. One player who I do think will start for the hosts is Richard Smallwood in the centre of midfield. The 31-year-old made the switch from Hull to Bradford in the most recent transfer window and he’s one who is familiar with finding his way into the book. Last season Smallwood was carded more times than any other Hull player, picking up 10 yellows in the campaign as well as making on average 1.6 fouls per 90 mins.