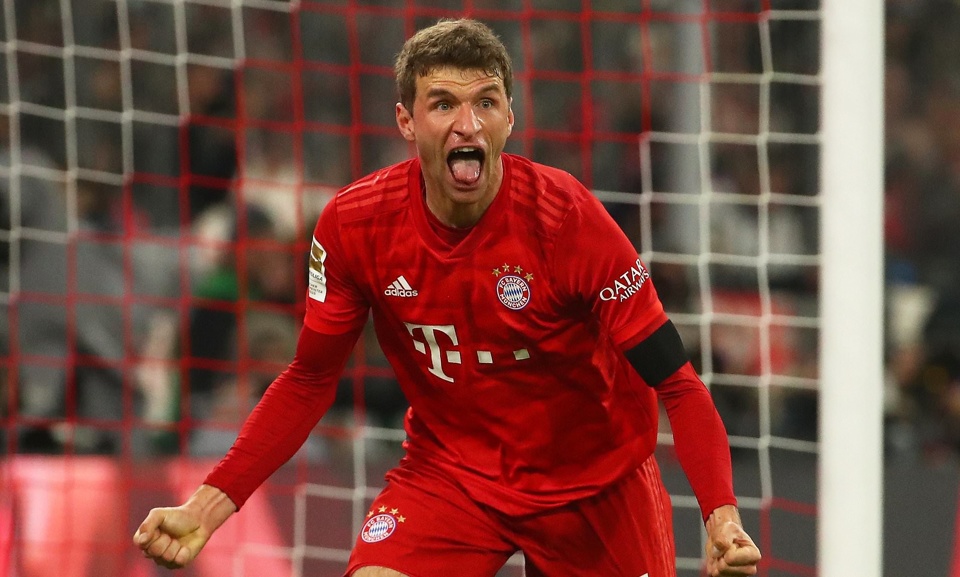 Bayern head into this match as slight favourites
By Charlie Zazzera
15:51 Monday 25th May 2020 - 5 minute read

In the last ten days we’ve enjoyed the Bundesliga like a Big Mac meal, missing it and wanting a taste of normality. However tomorrow we sit at the top table to be treated to a Michelin Star feast of the best Germany has to offer. After enjoying an appetizing amuse bouche and satisfactory starters we’re now starving for a world class, meaty main course in the shape of Der Klassiker.

Bayern will travel to a soulless Signal Iduna Park as slight favourites, given a 53.5% chance of winning by the bookmakers. In November, the champions punished BVB 4-0 at the Allianz and, after an extremely intense, impressive performance vs Frankfurt on Saturday, we think that Bayern’s experience and quality will once again be too much for the hosts to cope with - 20/23 seems like a great price if you want to back Bayern.

It’s a 5.30pm kick-off tomorrow so set a reminder for 4.30 to check the starting line-ups, fly over to BettingOdds.com to see our three tips and indulge in some five-star German football.

We present to you some proper value in our shorter priced selection, with World Cup winner Benjamin Pavard to have a shot on target. We backed this in one of our tips for the Bayern vs Union Berlin game and it’s happened in both games since football’s return.

The Frenchman has scored three this season with 60% of his shots being on target, the only reason we can see the price being so big is because he’s a right-back but that hasn't stopped him getting in shooting positions before. Good enough for our short-priced single, but if you fancy a bigger bet, a great weapon for an explosive same-game-multi long-shot.

Stalwart Thomas Muller continues to defy logic by being one of Bayern’s most influential players, even forcing Phillipe Coutinho out of the team and subsequently out of the club. The unorthodox forward was involved in his 500th goal for club and country on Saturday and we’re backing the wiley operator to score his 11th goal vs Dortmund at a tasty 15/8.

Doubling this up with a BVB booking from Danish centre-midfielder Thomas Delaney. We do suggest this with an air of caution as Delaney hasn't been a regular starter this season but has played and impressed in the last two games, so make sure to check the line-ups before placing this one.

His booking record this season is one every two games and coming up against a pacey Munich we think he’ll see yellow again. If Emre Can starts instead of Delaney, he’s a great substitute for this double, he already has two bookings since signing in January and averages nine yellows a season.

This double is 17/2 (9.5) with BetVictor, so you’re getting your money’s worth when backing it on PaddyPower.

We pray for an absolute goal-fest on Tuesday, and with the talent on show we shouldn’t be disappointed! What more is there to say about sensation Haaland, apart from the fact he’s 11/10 to score anytime, and with ten in ten for Dortmund it would be madness not to back him to bag in the big one.

There’s no value in top-scorer Robert Lewandowski bagging as his odds are so short, but there certainly is in Serge Gnabry who also finds himself in red-hot form. The German has already scored against Dortmund this campaign, and after being rested on Saturday we expect him to inject electricity into this game and score his 24th of the season.

Bayern and Dortmund are two of the most disciplined sides in the league so we struggled to justify backing cards, instead we look for some more shots on target value and to the revitalised Raphael Guerreiro who has scored two in two from right-back.

He has a better shots on target per game ratio then attacking options Hazard or Brandt and is a girthy 7/5 to have an effort on goal tomorrow. Rounding off our longshot, we’re asking versatile Joshua Kimmich to hit the target in Der Klassiker.

One of the first names on the teamsheet for Bayern, we’ve watched him getting in some great positions on the edge of the box, and he’s certainly not afraid to let rip. At 11/5, we’re throwing him in to make our longshot 50/1 (boosted from 43/1).

We know it’s a big game so don’t go overboard with your bets, only place what you can afford and sit back and enjoy what should be an enthralling game of football.