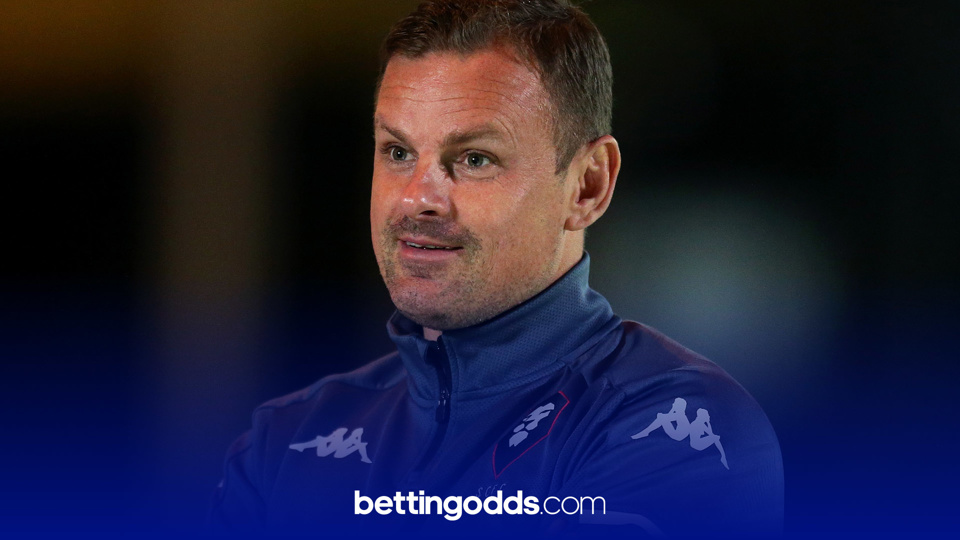 Bolton Wanderers and Salford City clash on Friday night at the University of Bolton Stadium. New Ammies boss Richie Wellens will be looking to hit the ground running, while a lot of improvement will be needed in the home camp to get their season off the ground. We’ve got three tips for the League Two encounter and you can see @WhatAdam_said here...

It has been a far from easy start to Ian Evatt’s tenure as Bolton Wanderers boss with the club currently plying their trade in the fourth division for the first time in more than 30 years. Salford however will be under new management for this one. Richie Wellens has made the switch from Swindon and his first taste of Ammies management will be in front of the Sky Sports cameras.

The Trotters have a few injuries with Eoin Doyle, who was the top scorer in this division last term under Salford’s new boss, out for the whole of November with a hamstring injury, which will of course cost Wanderers goals. Salford meanwhile are only missing veteran Darron Gibson, who seemed to be a bit-part player before his spell on the sidelines.

Bolton are having defensive problems at the minute. Ian Evatt is persisting with a back three consisting of Alex Baptiste who doesn’t look up to scratch given his age and he has picked up a lot of criticism from fans and media alike.

Another out of form player is on-loan goalkeeper Billy Crellin who has shipped eight goals in his last three games in all competitions including a couple of howlers. The only back up choices to replace Billy Crellin are veteran stopper, current player-goalkeeping coach, Matt Gilks and youngster Matt Alexander, and I cannot see Evatt changing it.

Salford City have had a few extra games with their involvement in the FA Cup and the EFL trophy earlier this week. They've scored 2+ goals in four of their last six in all competitions with only first place Newport and second place Cambridge on a higher goal difference this season and I think this enough for them to find the net at least twice on Friday night.

The Bolton skipper has saved The Trotters’ bacon on a few occasions this season. All three of his league goals have come beyond the 80th minute, with two of them beyond the 90 and all salvaging a point.

Sarcevic likes a shot from distance and with over half of his efforts finding the target, should he get the time to strike one here; he can indeed hit them sweetly. The Manchester-born midfielder scored and assisted in the solitary game that he started against Salford whilst he was at Plymouth last season.

I think at 11/2 to be anytime goalscorer, due to the late nature of his strikes this season, the value is there should the game be a tight one going into the final 10 minutes of the contest.

For my long shot tip, I feel that Salford will go all-out attack, and with Bolton having defensive selection problems, I see the visitors scoring early. Wanderers are prone to starting slowly, with opponents taking full advantage of it. It took Barrow just four minutes to find the net twice, and Leyton Orient eight to score their opening goal.

I can see the same happening in this one, with Salford having a lot more firepower than Bolton’s defence can handle in the form of James Wilson and Ian Henderson, the latter who reportedly turned down a move to the UNIBOL in the summer.