Bologna vs. Inter Milan Predictions: Lautaro Martinez can fire Nerazzurri back to summit 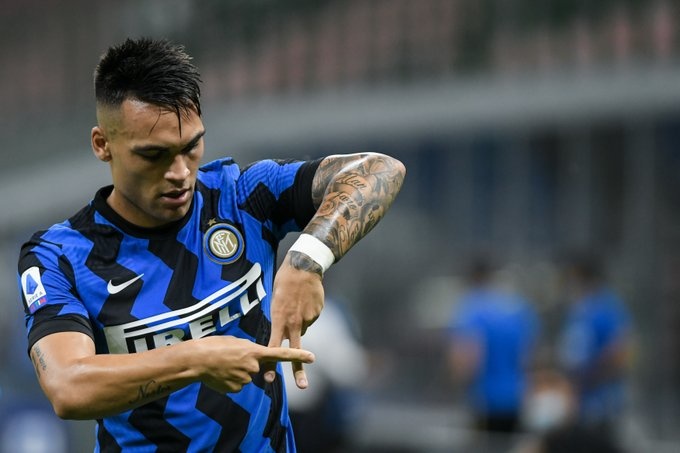 Inter Milan have the chance to snatch back top spot in Serie A from title rivals AC Milan when they travel to 13th-placed Bologna on Wednesday night (7.15pm, BT Sport 3). Napoli’s untimely slip - one point in three games - means the title is surely headed to one of the Milan clubs, but which one?

The Serie A title race has been full of drama this season, perfectly highlighted in AC Milan’s last-gasp 2-1 win at Lazio on Sunday which fired Stefano Piolo’s title-chasers back to the top of the table.

Inter are just two points behind in 2nd with a game in hand, against Bologna on Wednesday. A 22nd league win of the season for the defending champions will see them leapfrog their neighbours into 1st and narrowly put them in pole position ahead of the four-game run-in.

Simply put, if Inter win their remaining five games then they will win back-to-back titles for the first time since their five-season streak between 2006 and 2010. Simone Inzaghi’s double-chasing side are in devastatingly good form; unbeaten in 11 matches in all competitions, winning the last five on the spin, including a 3-0 thumping of AC Milan to book their place in the Coppa Italia final against Juventus.

Wednesday’s opponents Bologna are 13th and still hold hopes of what would only be a second top-10 finish in the last decade.They are unbeaten in four matches, which includes impressive draws against AC Milan and Juventus, and they’d love nothing more than to spring another surprise against Inter.

Bologna are out at 8/1 to carve out a shock win on home soil, visiting Inter are the 2/5 favourites to grab the win that will take them top, while a draw can be backed at 9/2.

Inter comprehensively dismantled Roma over the weekend in what was their fifth straight win. Bologna will be no pushovers, reflected in recent draws against AC Milan and Juventus, yet it’s impossible to look past the Nerazzurri at the Stadio Renato Dall'Ara given their scintillating form and push for title glory.

Inter are short for the win at 2/5, so we’ve teamed this up with yet another goal for the in-form Lautaro Martinez to produce a 1.95/1 double with SBK, a bet that’s not only successfully landed in each of Inter’s last three games against Roma, AC Milan and Spezia, but also in their 6-1 triumph over Bologna earlier this season.

Martinez has 26 goals for club and country this season, scoring eight in his last eight appearances for Inter. Last month he bagged a hat-trick in the 5-0 demolition of Salernitana, followed this up with the winner away to Liverpool, and has since netted four times in his last three games.

While the aforementioned Lautaro Martinez has been hammering home the goals, Inter teammate Ivan Perisic has been racking up the assists, setting-up five goals in his last five league games.

In fact, over the course of the last 15 seasons no Inter player has accumulated more assists than Perisic who now has 36 on the board in Serie A, overtaking Maicon (35) in the 3-1 win over Roma.

“I’ve always said that I like assists more than goals, that’s why I always try to find my teammates, but the important thing is that the team wins so let’s hope that I make more assists before the end of the season,” the player himself said over the weekend.

We’re backing the Croatian - thriving in his left wingback role - to continue his assist-streak away to Bologna, with the 33-year-old priced at 11/4 with Paddy Power to add another assist to his tally.