Blackburn vs. Millwall Predictions: Best bets from Ewood Park including a 150/1 longshot 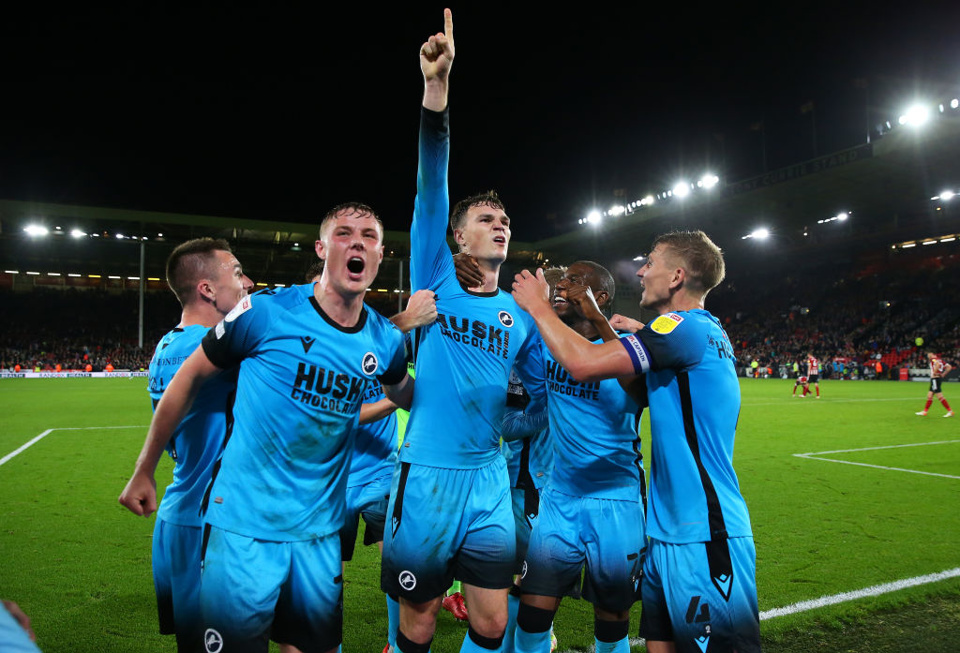 Jake Cooper has scored the only goal of the game in Millwall's last two matches and features in our selections.
By Anthony Eadson
13:12 Monday 7th March 2022 - 4 minute read

There are six games taking place in the Championship on Tuesday evening with Blackburn facing Millwall in a rearranged fixture at Ewood Park. The game can be seen live via the red button on Sky Sports and we’ve asked @AnthonyEadson to provide us with his best bets for the evening's proceedings.

Blackburn’s form has been patchy since the turn of the year with Tony Mowbray’s side carding just three wins in 2022. Rovers head into this game with Millwall off the back of a 2-0 defeat at Fulham on Saturday and must pick up points from their three home fixtures that arrive in the next seven days, should they want to remain in the play-off places.

This will be a tricky game for the hosts as they face a Millwall side who are on a strong run of form at the moment. The Lions have won their last five matches in the Championship which has propelled them up to 10th in the standings, just three points off the play-off places!

Blackburn remain without key players in Ben Brereton Diaz and Bradley Dack. while Ryan Nyambe, Deyovaisio Zeefuik and Tayo Eden are all still sidelined. Sam Gallagher and Joe Rothwell will both be pushing for a return to the starting line-up after coming off the bench against Fulham last weekend.

Gary Rowett is expected to name an unchanged side for this encounter however, that may be due to him having as many as seven first-team players missing including Oliver Burke and Sheyi Ojo.

Blackburn may not have shown the form they did before Christmas in recent weeks, but the most successful town-team in English football still possess the third best home-record in the division this season picking up 36 points from 17 matches at Ewood Park.

Mowbray’s men are also the side with the worst disciplinary record in the Championship this season picking up 84 yellows and 4 red cards so far. Nine of those cautions have been given to midfielder Lewis Travis who is no stranger to finding his way into the book.

In the 2019/2022 season, Travis made 43 appearances and was shown a yellow card in 13 of those! This campaign he’s racked up nine in 34 matches for Rovers and he ranks in the top 10 players in the division for fouls conceded, with an average of 1.6 per game.

In total Travis has been shown 26 yellow cards in his last 96 league appearances for Blackburn with five of those coming in 17 matches at Ewood Park this season. With this in mind, I do feel we are getting a value price with 4/1 on show with bet365 for Travis to pick up his tenth yellow of the season.

I’ve also had a very small punt on something at a three-figure price in this match that has landed in Millwall’s last two games. The selection comes from the Scorecast market where I’m backing Lions defender Jake Cooper to score the only goal of the game in 1-0 victory to Millwall.

Betfred go 150/1 on Cooper finding the net and his side winning the match 1-0 which does look a little big considering the centre-back now has four goals to his name in the Championship season.

In each of his last two matches, Cooper has recorded 2 shots and scored the only goal of the game from a set-piece. Blackburn often keep things tight at home and I see this being a low-scoring affair that could well be decided by a single goal. Unibet go just 55/1 on this scorecast selection, so I’d certainly be recommended in the 150/1 on offer with Betfred.