Five betting takeaways from the return of the Bundesliga 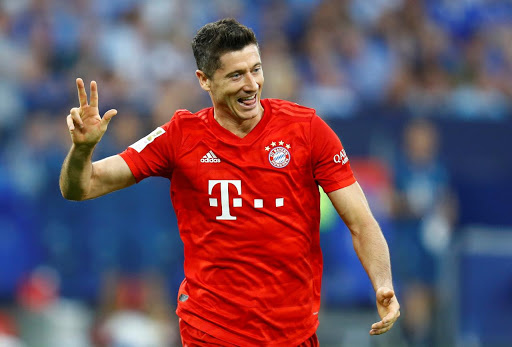 There were plenty of talking points from this weekend's action
By Callum Pragnell
12:37 Tuesday 19th May 2020 - 5 minute read

Millions of football fans worldwide were treated to the return of their beloved sport this weekend, as the Bundesliga resumed behind closed doors. While the atmosphere inside the stadiums resembled an under-18s clash between two academy sides due to their being no supporters in attendance, it was still enjoyable to have something to watch, and more importantly some decent football to bet on.

So, what were the main talking points from this weekend's round of fixtures? BettingOdds.com takes a closer look.

Before the first ball was kicked on Saturday afternoon, there was only five points separating league leaders Bayern Munich and third-placed RB Leipzig, with a four-point gap the only thing standing between second-placed Dortmund and Bayern.

Indeed, while the gap between the top two remains the same thanks to both sides recording victories in their matches against Union Berlin and Schalke, there is a new side now occupying third-place. Borussia Monchengladbach's 3-1 win over Eintracht Frankfurt in Saturday's late kick-off means that they leapfrog RB Leipzig, after Julian Nagelsmaan's side dropped two points at home to SC Freiburg by drawing 1-1.

This sees Leipzig drop down to fourth in the Bundesliga and extends the gap between themselves and Bayern Munich to seven points - a deficit which could prove to be too big to close as we approach the tail end of the campaign.

Leipzig had been priced at as short as 8/1 to win the title, but their odds have now increased to 25/1 following Saturday's draw. Meanwhile, Monchengladbach's odds to win the Bundesliga have been cut to 66/1 from 150/1 following their comfortable victory away from home.

At the top of the division, Bayern are still heavy favourites to clinch their eighth consecutive league title, priced at 1/6 following their 2-0 win over Union Berlin. Second-placed Dortmund are still hot on the Bavarians' heels, however, after their assertive 4-0 win at home against a Schalke side who offered little in the way of a response at Signal Iduna Park.

Lucien Favre's men have shortened to odds of 5/1 to overthrow Bayern and be crowned champions of the Bundesliga this term - slightly shorter than the 11/2 they found themselves priced at before the weekend.

Bayer Leverkusen's resounding 4-1 win away at Werder Bremen on Monday night has seen them move into rank outsiders for the title, priced at a whopping 250/1. 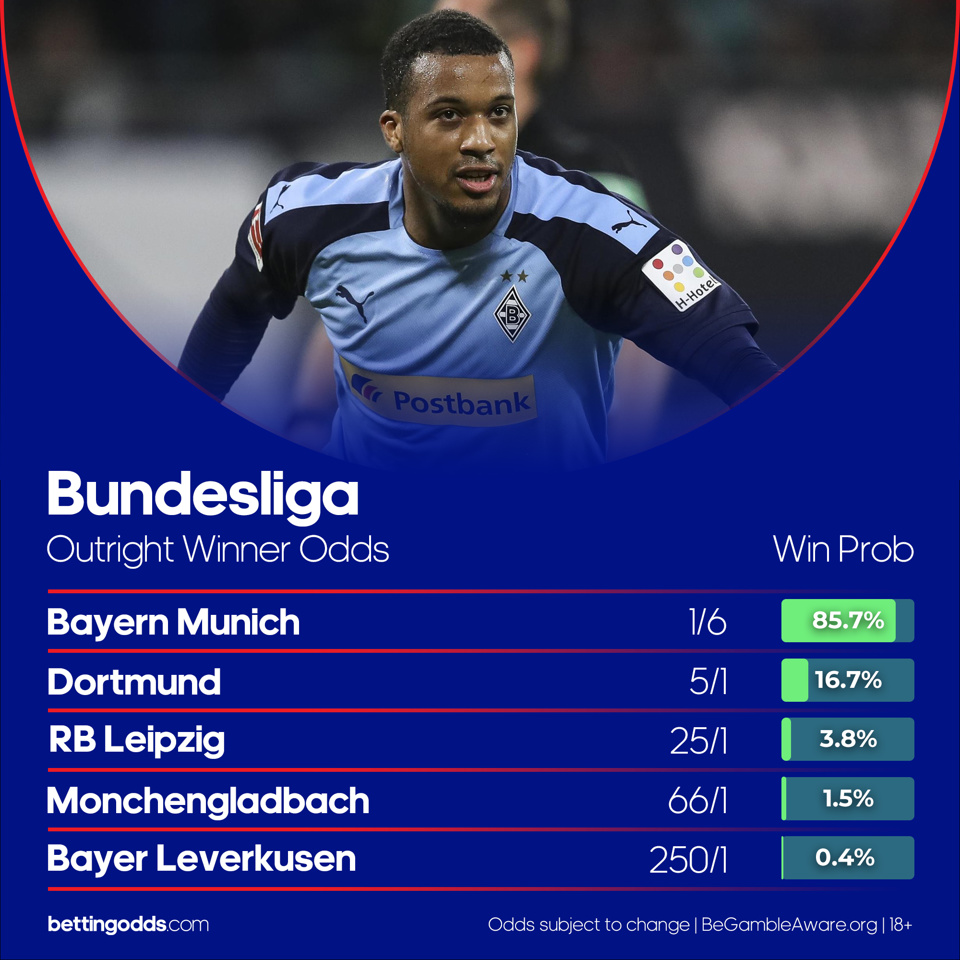 Unsurprisingly, Robert Lewandowski is still hot favourite to clinch the Golden Boot award following his goal against Union Berlin on Sunday, priced as short as 1/16.

Dortmund's Erling Braut Haaland also managed to etch his name onto the scoresheet this weekend, opening the scoring against Schalke with a deft finish from close range.

The Norwegian is still massively playing catch up having only joined Dortmund in January, though, and trails his Polish counterpart at Bayern Munich by 16 goals, suggesting that there is very little hope of him finishing as the division's top marksman.

If you do feel optimistic about Haaland's chances, he's priced up at 150/1 to win the Golden Boot this season, while RB Leipzig's Timo Werner has now drifted to 7/1 from 4/1 after failing to find the net against SC Freiburg.

The young German has 21 league goals to his name so far, but looks to have a job on his hand to catch the free-scoring Lewandowski in the remaining months of the campaign.

Much of the debate surrounding the return of the English Premier League has centred around the fact that many clubs believe that they would miss out on a home advantage if matches were played in neutral venues.

However, with no fans in attendance there is a strong suggestion that teams merely playing in their own empty stadiums does not offer them an advantage at all - perhaps proven by the fact that this weekend only one of the nine sides to play at home managed a victory (Borussia Dortmund), with RB Leipzig the most surprising home side to drop points.

And whilst we also thought that maybe we'd see less cards without the testosterone-filled stadiums, the weekend still averaged four cards per game, with the majority of teams receiving two bookings each. Eintracht Frankfurt picked up the most yellow's with five, while FC Koln received a total of four against Mainz.

Guerreiro and Havertz shine in the Shots on Target markets

Punters across the UK may have been surprised by the players who registered the most shots on target in the Bundesliga this weekend. The obvious choices of Robert Lewandowski and Erling Braut Haaland both disappointed, with both registering one each with their goals, but none more.

It was in fact Borussia Dortmund's marauding left-back Raphael Guerreiro who stood out from the rest during BVB's dominant win over Schalke, scoring twice and therefore registering two shots on goal.

Bayer Leverkusen's Kai Havertz has been the talk of the town this season due to his dynamic displays in central midfield, and the 20-year-old was again emphatic in his club's 4-1 win over Werder Bremen on Monday night, scoring twice to help land our 11/1 Shots on Target double.

It is worth looking out for both of the aforementioned players when picking your bets for next weekend's action, though expect their prices to be shortened after their performances over the last few days.