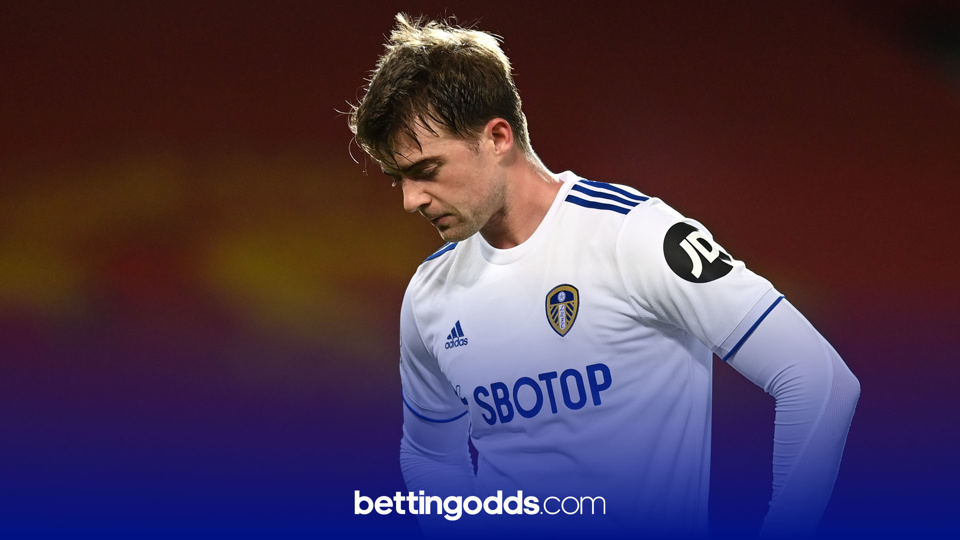 It’s been another action packed weekend in the Premier League with 28 goals flying in across eight games. Here at BettingOdds.com, we’re continuing our series looking back at some of the best winners and most unfortunate losers we have seen from the punting world in the last seven days.

Gamblers have long been able to bet on the correct score of a football match and this weekend one punter decided to place himself a nice little £2 bet on the correct score of two matches in the Premier League. At odds of 20,300/1 this double was a potential life-changer and the first leg consisted of Liverpool to beat Crystal Palace on Saturday by a mammoth scoreline of 7-0. Not content with the 200/1 single, this optimist then decided to double that up with Manchester United to beat Leeds United 6-2 at the price of 100/1.

Jurgen Klopp’s side took the lead early at Selhurst Park in the lunchtime kick-off, with Takuki Minamino opening the scoring. By the break the score was 3-0 to the Reds with Mo Salah coming off the bench shortly after half-time. The goals continued to flow with Jordan Henderson, Roberto Firmino getting on the scoresheet before a brace from Salah in the final ten minutes gave a final score of 7-0.

7-0 scorelines do not come around every weekend in the Premier League, with Liverpool's over Crystal Palace being the first since Manchester City put seven past Norwich back in 2013. Since the year 2000 there have only been five 7-0 scores in the Premier League but this punter couldn’t care about the stats, the first leg of his gargantuan double was in!

Before Sunday, Manchester United had only won one of their six matches at Old Trafford in the league this season, which was a 1-0 victory over West Bromwich Albion. It’s fair to say that few would have predicted a 6-2 score against a Leeds side who have given a good account of themselves this term.

It was a case of the unexpected this weekend with Scott McTominay bagging a remarkable brace in the first three minutes of the game to make it 2-0 to Ole Gunnar Solskjaer’s side. A frantic first-half ended 4-1 with goals from Bruno Fernandes and Victor Lindelof for the hosts Liam Cooper for Marcelo Bielsa’s visitors.

At this point the heart must have really been pounding for this punter, with over £40,000 in potential winnings in mind. Heading into the 62nd minute and with no advancement on the 4-1 score the button was pushed, CASH OUT. With an offer of £2,279.56 on the table from Sky bet after a £2 stake, they cashed out, but that was not the end of the story.

What then proceeded in the next 30 minutes of football will stay with this gambler forever as astonishingly, another three goals were fired in and the score finished at 6-2 to Manchester United. One can only imagine the feeling of horror as Dan James, Bruno Fernandes and Stuart Dallas all slotted home, in what would have been a £40,602 return had they let the bet run until full-time.

There’s two ways of looking at this one, you came with £2 and left with over £2000. Or, you're on the other side of the fence and believe you’ve lost £38,000 and think this could be one of the worst cash-outs in history. 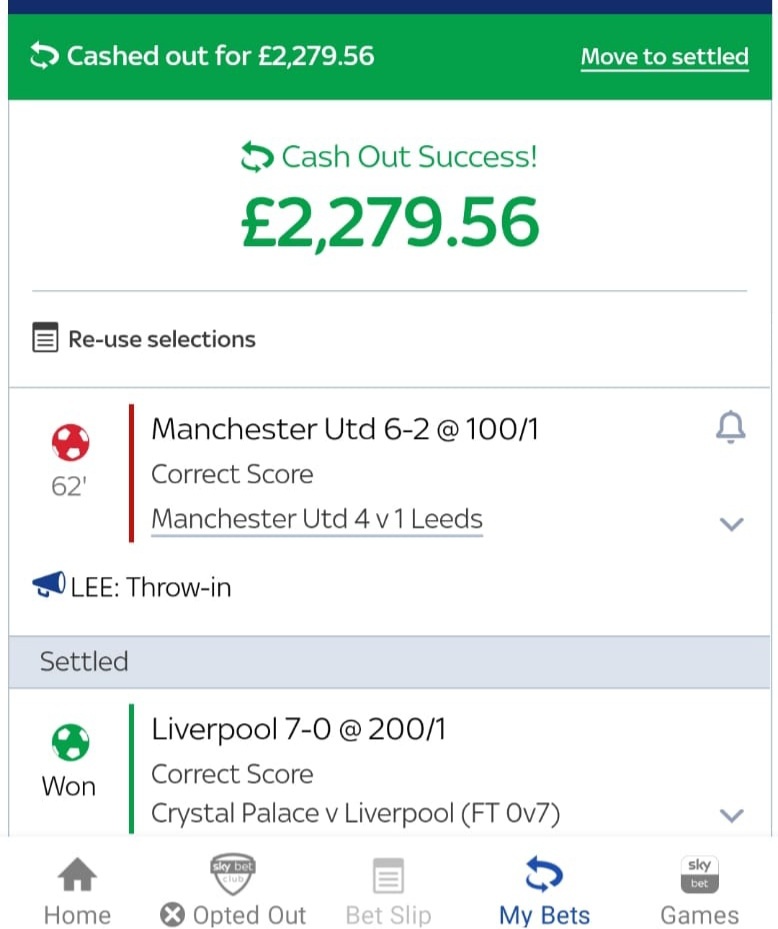