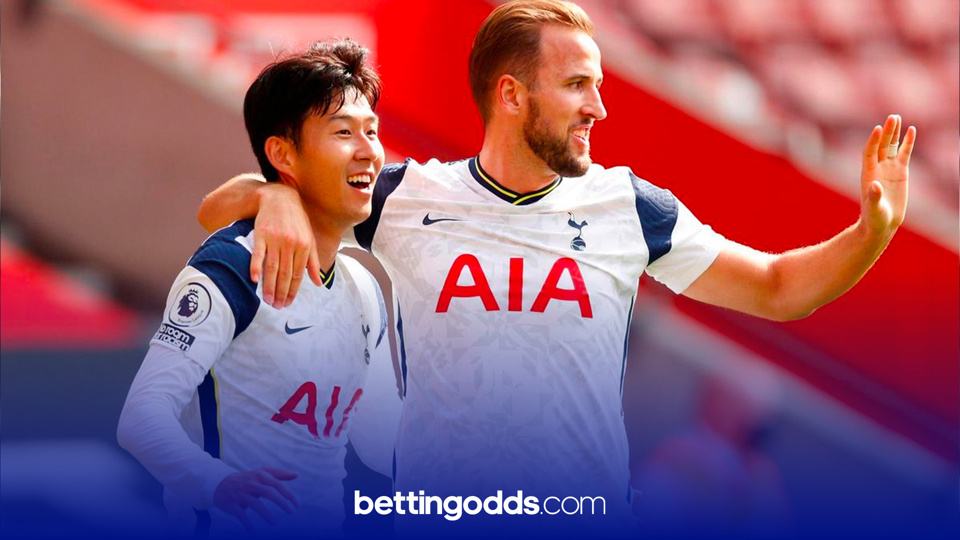 Harry Kane and Son Heung-min have always been a formidable partnership for Tottenham, but this season they have taken their understanding of each other to the next level.

The Spurs duo have rustled up a combined 12 goals and 9 assists in their opening six league outings, with Son now leading the way at the summit of the Premier League top scorer chart alongside Everton's Dominic Calvert-Lewin with seven goals to his name. Meanwhile Kane, who has five goals to show for his efforts thus far, is the highest assist-provider in the top-flight as things stand with seven lay-offs.

Astonishingly, Kane and Son have assisted each other to score in three of their six league appearances this season, with their latest display coming in Sunday's dramatic 3-3 draw against West Ham. Spurs fired out of the blocks and took the lead inside the first minute of this London derby, as Kane found Son with a delicious long-range through ball, before the South Korean did his trademark cut-in on his right foot to curl a perfectly-placed finish into the far corner.

Just minutes later (seven to be precise), Son laid his teammate off on the edge of the box and Kane fired a thunderous effort home to put the hosts two goals to the good. After Kane added a second 10 minutes later the game looked to be dead and buried, but a spirited performance from David Moyes' West Ham - priced at 9/2 before kick-off - saw them rescue a point following three quick-fire goals in the final stages of the match; Manuel Lanzini's 93rd minute power-drive being the indisputable pick of the goals in north London. 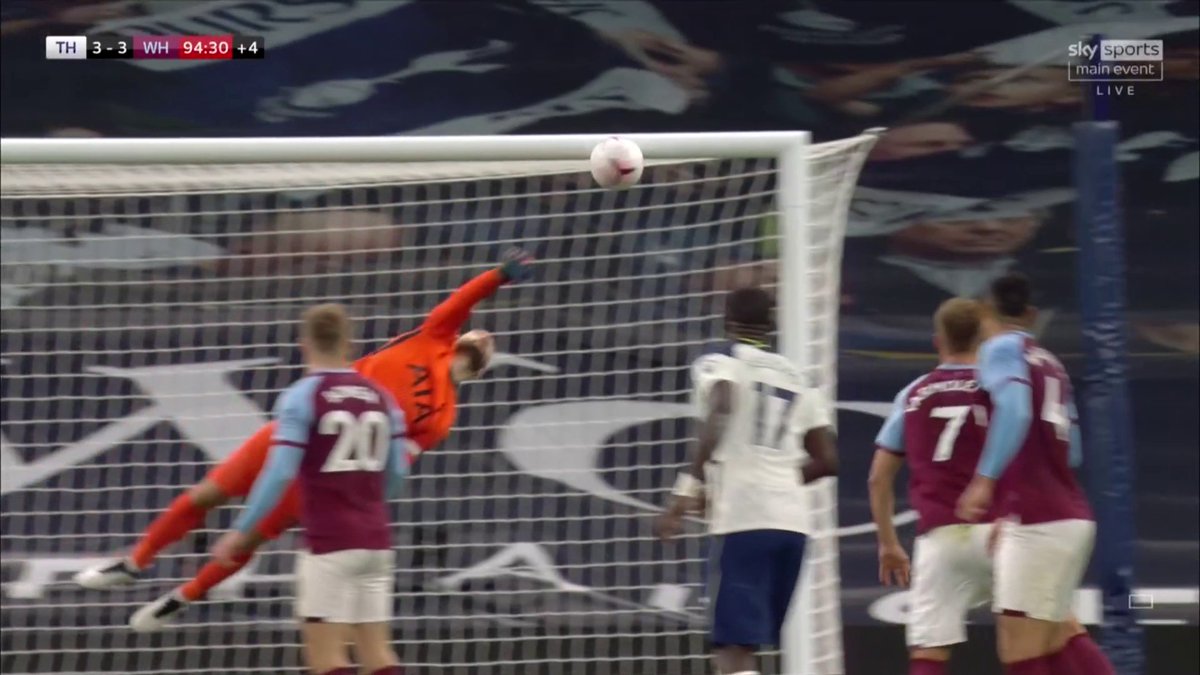 From 3-0 down, #WHUFC snatch a draw against #THFC thanks to a 94th minute rocket from Manuel Lanzini! 🚀

The Hammers were a ginormous 1000/1 to draw the game on the Betfair Exchange with just 10 minutes left on the clock, while the 3-3 correct score was a huge 40/1 before the game started.

And that's exactly what price SkyBet's 'Return The Favour' special set off at on Sunday, after a flurry of punters rushed to back Son to provide Kane with a goal and vice versa on Sunday afternoon, in a juicy special that was initially priced at 66/1!

It seems that plenty of customers were on it, including punter Daniel Quance (@daniel_quance) who had a £7.47 flutter which returned a lovely £500, top betting. 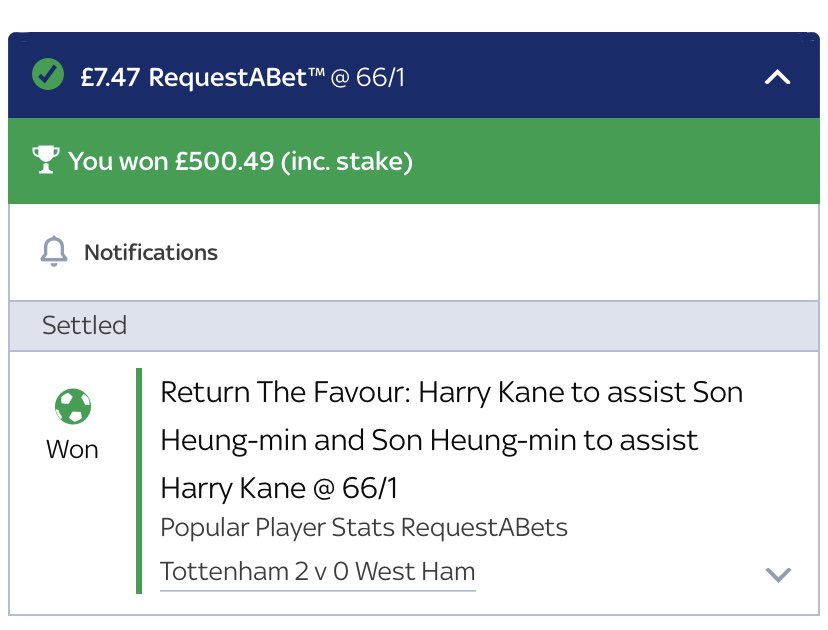 SkyBet's 'Return The Favour' market landing in the first eight minutes for @Daniel_Quance to win £500! 🤝🤯