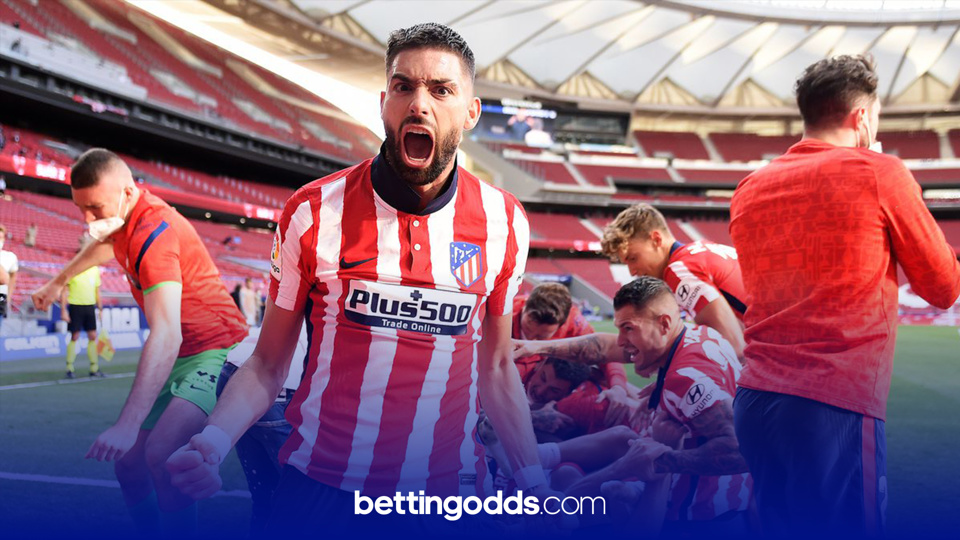 One punter could find himself almost £13,000 richer this weekend, if Atletico Madrid win their final match in La Liga, that is.

Sex toy salesman Carl Edwards placed a 50p ante-post accumulator on Manchester City to win the Premier League, Norwich to win the Championship, Hull to win League One and Cheltenham to win League Two last summer - each of who were crowned champions of their respective divisions in recent weeks.

The 59-year-old now just needs Atletico Madrid to hold their nerve and beat Real Valladolid away from home this Saturday to claim the sensational payout, unless Real either lose or draw - if that happens he will win the bet regardless of Atletico's result.

Diego Simeone's side currently lead the way in the Spanish flight but they are only two points ahead of second-place Real Madrid heading into this weekend's finale. A win would confirm them as champions of La Liga for the first time since the 2013-14 campaign.

Real and Barcelona have dominated the division since then, with Los Blancos claiming it for the 34th time at the end of last season.

Due to Mr. Edwards placing the bet in-store as opposed to online, he does not have the option of a cash out, making this weekend's match make or break.

The plucky punter, who placed the wager in a Coral shop in Birmingham and runs an adult store called Direct Pleasure, told Sportsmail:

'I'm a nervous wreck at the moment.

'I almost had a heart attack when Barcelona let a goal in during the last minute the other day.

'Especially after the year I've had after lockdown, I do all the markets in the Midlands and they have been closed so we have not been able to work for nearly a year.

'However the sex toy side of the business has exploded during lockdown because everyone has been stuck inside.

'Perhaps I should not have told everyone about the bet because I will have a line round the block of people wanting to borrow a few quid.

'I think the whole of Handsworth is supporting Atletico Madrid and I am delighted the final game will be happening when the pubs are back open.

'It will be the party of the year in my local The Calthorpe Arms if I win.' 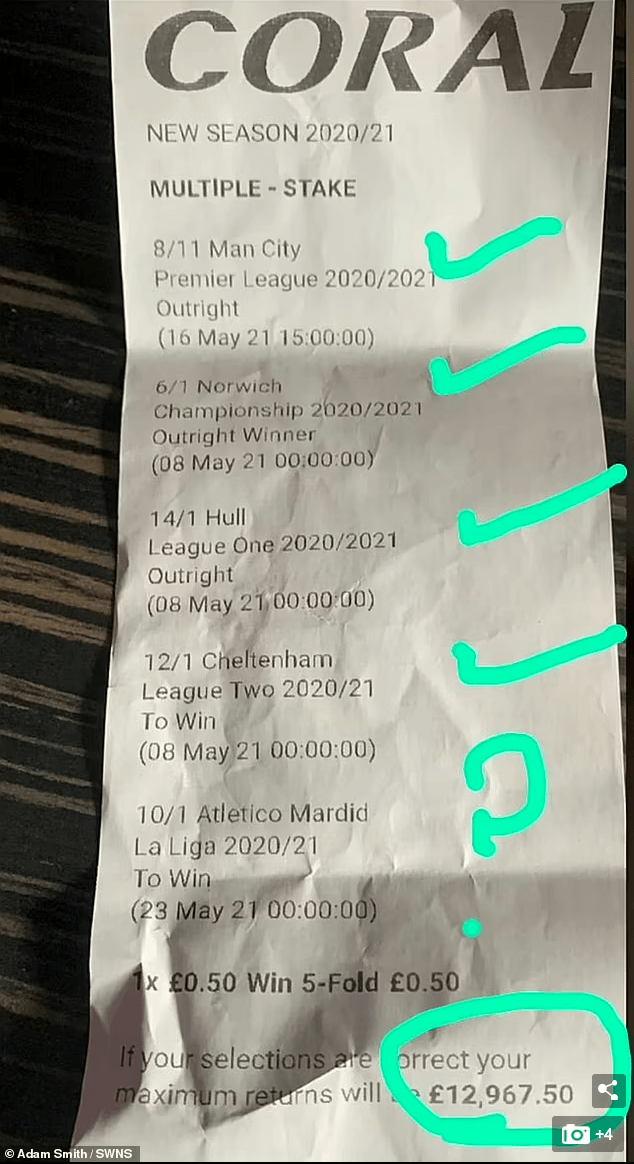