One punter turned £5 into £4,000 after winning the most random six-fold you're likely to see this weekend, solely down to bet365's 'early payout' feature, which settles your selection as a winner if the team you've backed goes two goals ahead.

The bet365 customer staked a fiver on a Bet Builder treble covering the Old Firm Derby in the SPFL, West Ham v Arsenal in the Premier League and Lyon v Paris-Saint Germain in Ligue 1, alongside backing Tottenham to beat Aston Villa; Barcelona to beat Real Sociedad, and both teams to score in Valencia v Granada.

The ballsy punter kicked things off with a bookings double in Celtic's battle with fierce rivals and recently-crowned Scottish champions Rangers in Sunday afternoon's early KO, backing Scott Brown and Alfredo Morelos to both find the referee's notepad at Parkhead - both unsurprisingly obliged at odds of 7/2 to get this acca off the ground.

Next up it was West Ham's turn to provide the winning selection, with the punter needing David Moyes' men to beat Arsenal and both teams to score.

However, because this was picked using 365's 'Bet Builder' feature, thus picked separately and not just as one bet, the West Ham to win aspect of it came in after the Hammers went two goals ahead inside the first 17 minutes at the London Stadium, before the BTTS leg of it was settled when the Gunners got one back seven minutes before half-time.

It was a good job, too, as Arsenal fought back to draw the game 3-3, but due to bet365's early payout feature the Bet Builder double was rendered a winner - happy days! At the same time, Valencia had beaten Granada 2-1 in La Liga to settle the 'BTTS - Yes' leg of this accumulator, before Tottenham beat Aston Villa 2-0 to see the bet into the late kick-offs in France and Spain.

Onto PSG's game against Lyon, then, and the bet required PSG to win and Lyon to find the net, which flew in after the Parisians won the game 4-2. Alongside this, Barcelona's 6-1 thumping of Real Sociedad rounded off the perfect set of results for this plucky punter, who has bet365's early payout feature to thank for a memorable win. 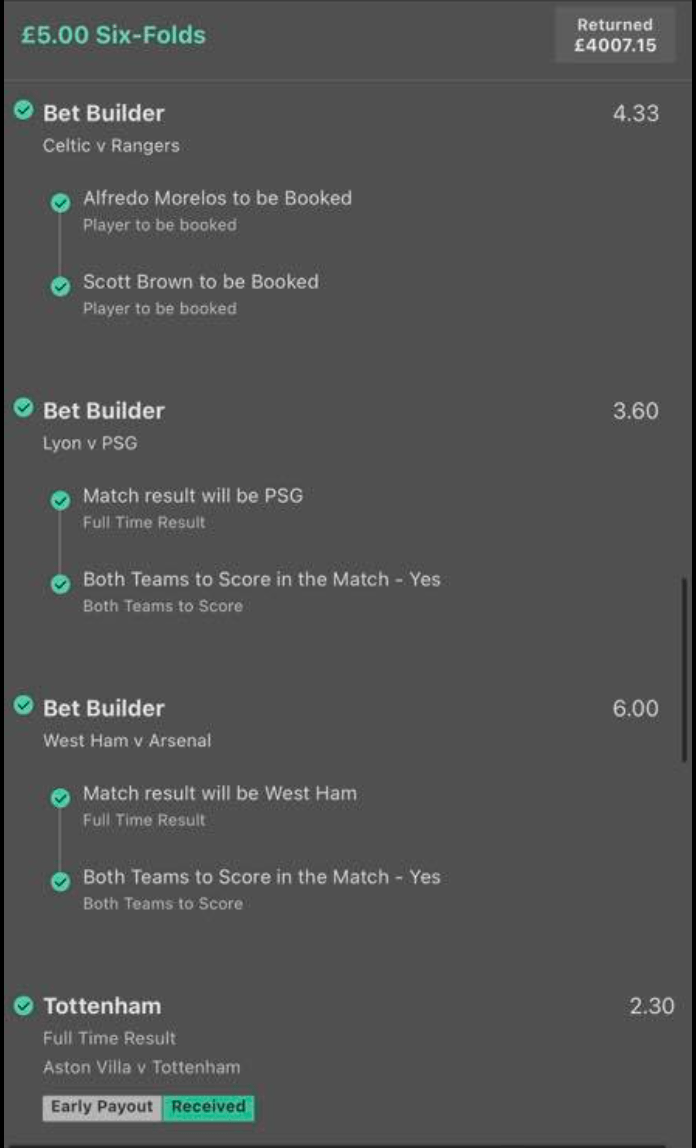 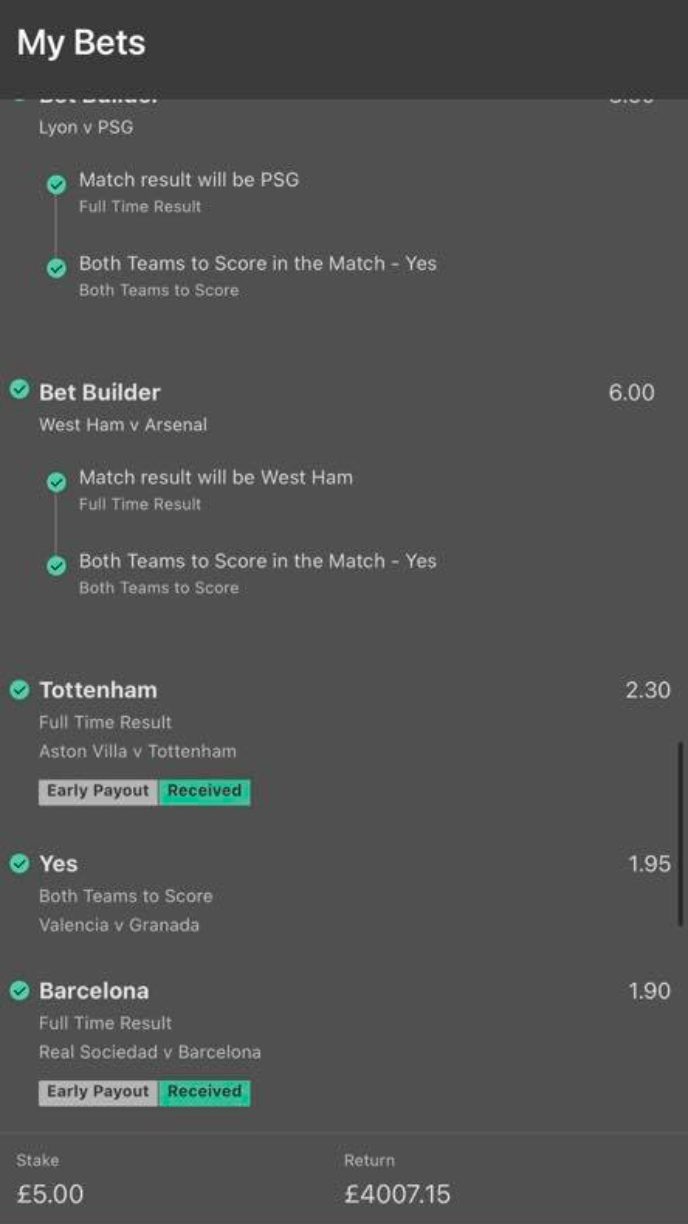