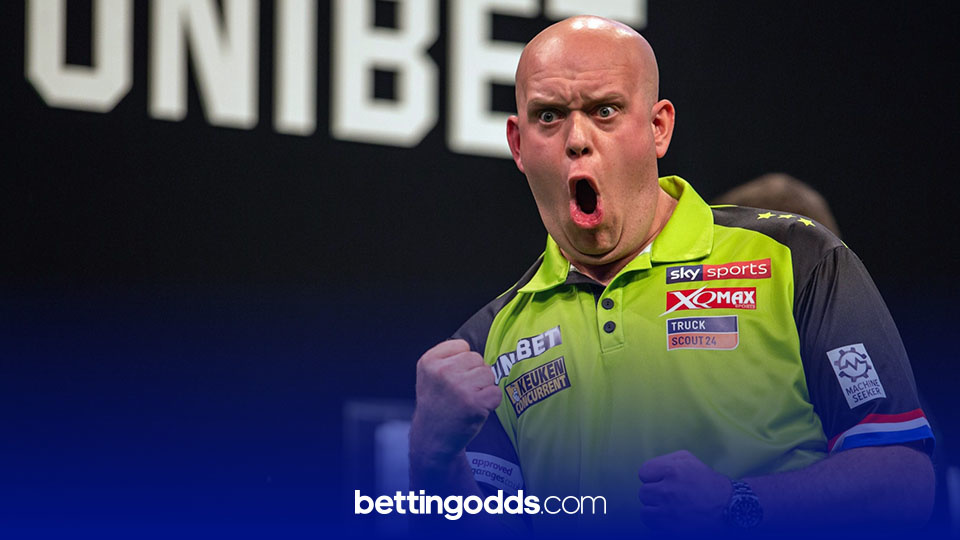 One punter woke up this morning with a fair few extra figures in his bank account, after his sensational football and darts accumulator won last night.

Placing a £5 stake on Inter Milan and Chelsea to beat Sassulo and Porto respectively and there to be over 1.5 goals in Real Sociedad's match-up with Athletic Bilbao in La Liga, alongside over 2.5 goals in Bayern Munich v Paris Saint-Germain and Juventus v Napoli, the fortunate bettor won himself a colossal £18,433.59!

Combining the football legs, the plucky Sky Bet customer included several selections on Wednesday night's Premier League darts action, backing Michael Van Gerwen, Dimitri Van den Bergh and Jonny Clayton all to with their match trebles - which means to win the match, have the highest checkout and most 180s all in one. Then, he added Nathan Aspinall to win the match and have the most 180s (match double) and the Peter Wright v Gary Anderson match to go over 11 legs. Incredible punting!

This could have easily been a painstakingly near miss, however, as Juventus' game with Napoli was 2-0 right up until the 90th minute, before Lorenzo Insigne netted a last-gasp penalty to tick off one of two Italian legs in the sensational 10-fold acca.

The drama didn't end there though, as two extremely late goals in Real Sociedad's game with Athletic Bilbao ensured this bet would be settled as a winner. The clash was goalless until the 85th minute, with both teams notching in the final five minutes to draw 1-1 and solidify over 1.5 goals! Sometimes luck is just on your side...