Betting Stories: Punter misses out on £9,000 thanks to early cash-out 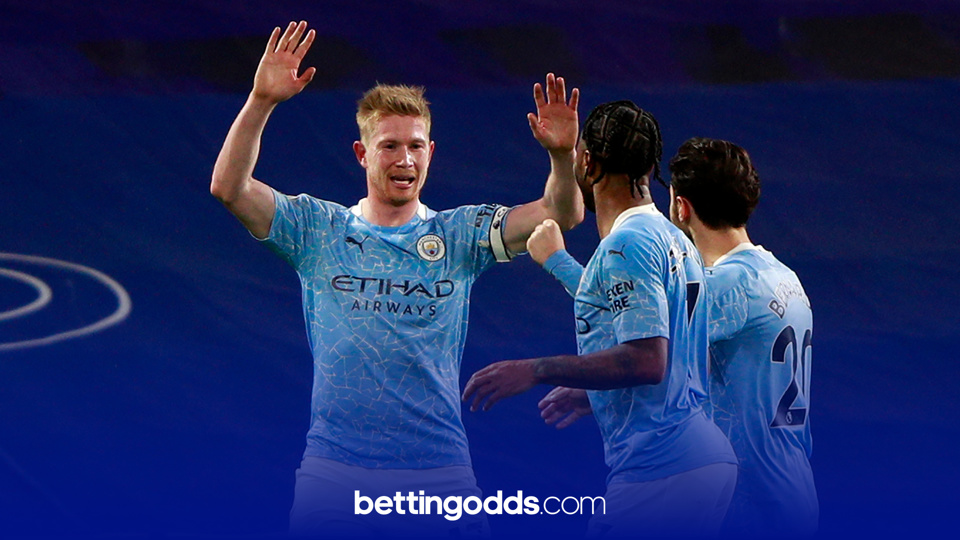 Betting Stories: Man City moved to second in the table with a 4-0 win over Palace
By Callum Pragnell
12:42 Monday 18th January 2021 - 2 minute read

One punter landed arguably the most impressive bet we have ever seen this weekend, correctly predicting all three scores from Sunday's Premier League matches.

@JoeMay1998 placed a £5 treble on Spurs to beat rock-bottom Sheffield United 3-1, before calling a goalless stalemate at Anfield as Liverpool and Manchester United locked horns at the top of the table.

With only half chances at both ends throughout the game, United could have sealed the three points late on but first Bruno Fernandes, and then Paul Pogba, squandered two good chances in front of goal to see the tie end level.

Two results in the bag and the bet365 customer just needed Man City to beat Crystal Palace 4-0 to claim an an eye-watering £12,375; arse-twitching stuff.

May was offered a cash-out of £825 prior to kick-off at the Etihad but decided against taking it - a wise decision, as within the opening 26 minutes of the game John Stones opened the scoring for City and the cash-out value soared to £1,100.

At half-time, with the score-line reading 1-0 and City dominant and looking like they would score more, the figure had risen to £2,000.

The plucky bettor decided to hold on a bit longer, however, and that proved to be a good decision as just 11 minutes after the break Ilkay Gundogan doubled the hosts' lead and cash-out jumped up another thousand pounds to £3,000 - a price May agreed to take with just over 20 minutes left on the clock, pocketing some sensational profit in the process!

The win was made bittersweet, though, as City did in fact go on to score twice more through John Stones and Raheem Sterling, meaning that if he'd held on he would have won the full £12,375.

Heartbreaking, but great punting nevertheless. Well in Joe, and, erm, commiserations, we guess? 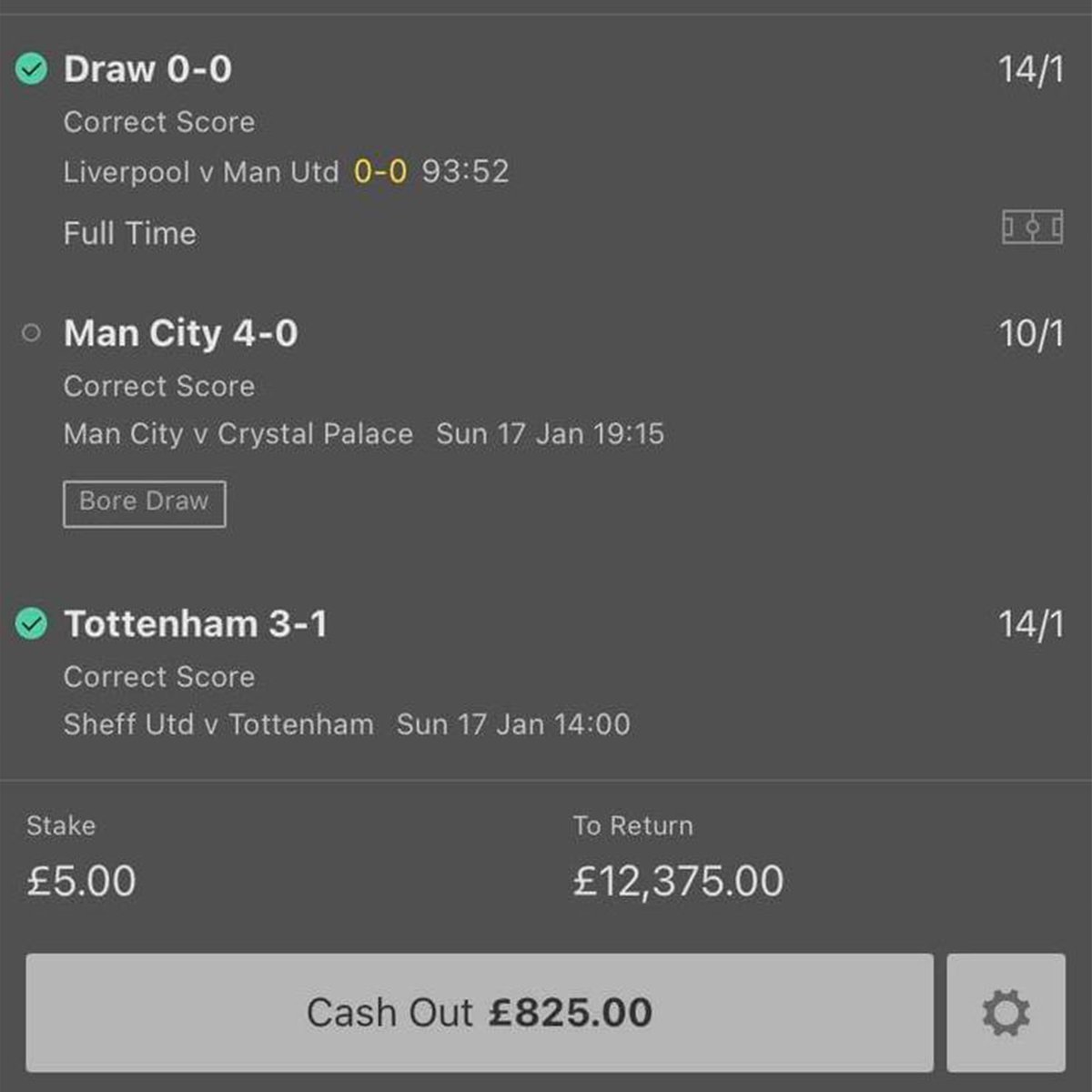