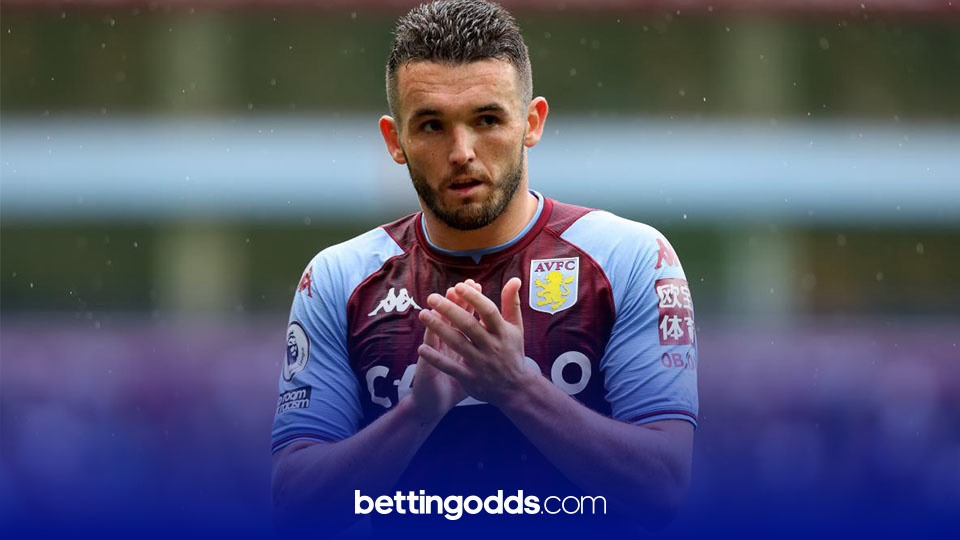 John McGinn's 90th minute booking made one punter a sizeable amount of money this weekend, after he placed a £2.50 longshot on four players to be booked in the Premier League.

@NickRound1 backed Crystal Palace's Conor Gallagher, Wolves' Max Kilman, Norwich's Grant Hanley and McGinn all to find the referees notepad during Saturday's matches in the top-flight - with three of the four names in that list seeing yellow in the dying stages!

First, Gallagher picked up an 89th minute booking following a tremendous individual display for Palace against Tottenham, where the Eagles recorded an emphatic 3-0 victory at Selhurst Park thanks largely to the stupidity of Japhet Tanganga, who was sent off early in the second half for two yellow card offences.

Into the 3pm kick-offs, then (by the skin of its teeth) and Grant Hanley got himself ticked off the list following a 48th minute booking against Arsenal - a match the Canaries lost 1-0 to continue their dismal start this time out.

Over to Vicarage Road where Wolves were battling Watford for their first win of the campaign - a win they recorded in the end thanks to late goals from Francisco Sierralta (OG) and Hwang Hee-chan - but it wasn't goalscorers this plucky punter needed for his bet. Defender Max Kilman needed to earn himself a booking to keep the dream alive and with more than 90 minutes on the clock, the notebook was still evading him.

That was until, on the 95th minute, the 24-year-old was cautioned for a late challenge on Ismaïla Sarr, you couldn't write it! Well technically I just have, but you know what I mean.

A similar story unravelled at Stamford Bridge in the day's late kick-off, as John McGinn escaped a booking for 90 minutes before being carded in the final minute for a high tackle on Jorginho, which was enough to see this magnificent bet over the line in the most dramatic way possible.

I sincerely hope he used some of the winnings on a well-earned pint to calm the nerves once all the action had finished... 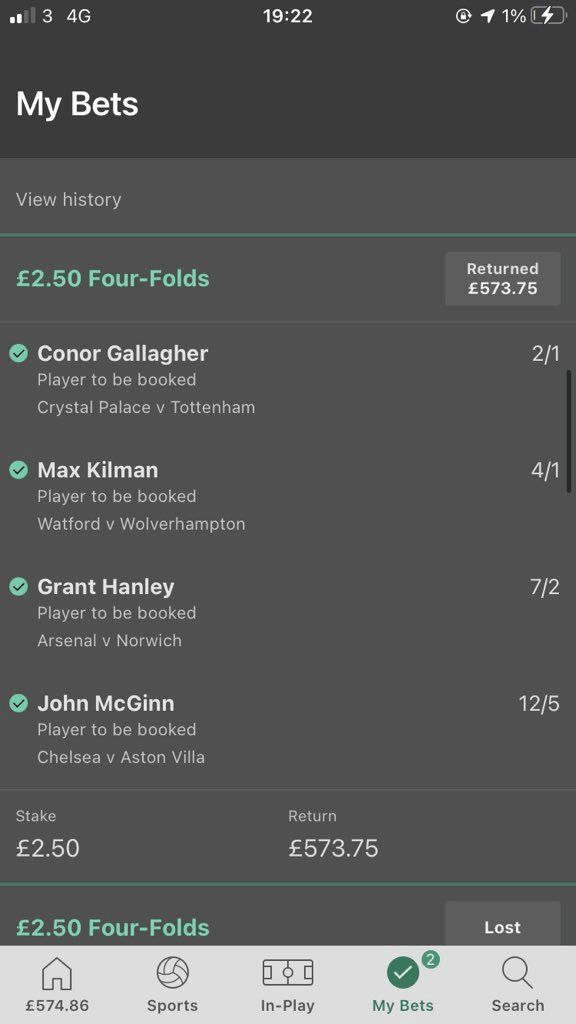