One punter landed a hugely impressive bet this weekend, scooping £1,245.50 from just 87p!

The bet365 customer placed a sensational seven-fold on games in the Championship on Friday night and Saturday, backing six away sides to do the business. There were a number of big-price selections in the acca, including Huddersfield to clinch the spoils away at QPR priced at 14/5 and Barnsley to continue their fine form against Bournemouth at the Vitality Stadium priced at 23/10.

Huddersfield had not won on the road since October, losing nine of their last away games, while Mark Warbuton's QPR had been enjoying a tremendous run of form at Loftus Road, winning three of their previous four matches in west London prior to their clash with the Terriers. I can only imagine that this punter is perhaps a Huddersfield supporter, or else there is no explanation to his logic - but fair play.

Watford almost cost this bet, though. After falling behind to Cardiff inside the first 14 minutes, the Hornets instantly levelled things through Nathaniel Chalobah. However, with no more goals to report as the game approached the final whistle, the majestic seven-fold looked to be over.

That was until Adam Masina stepped up for the second time in a week and found the back of the net for the visitors in South Wales in the 94th minute; his second goal in the space of seven days after he scored the winner in Watford's 1-0 victory over Nottingham Forest last weekend! Not all superheroes wear capes... 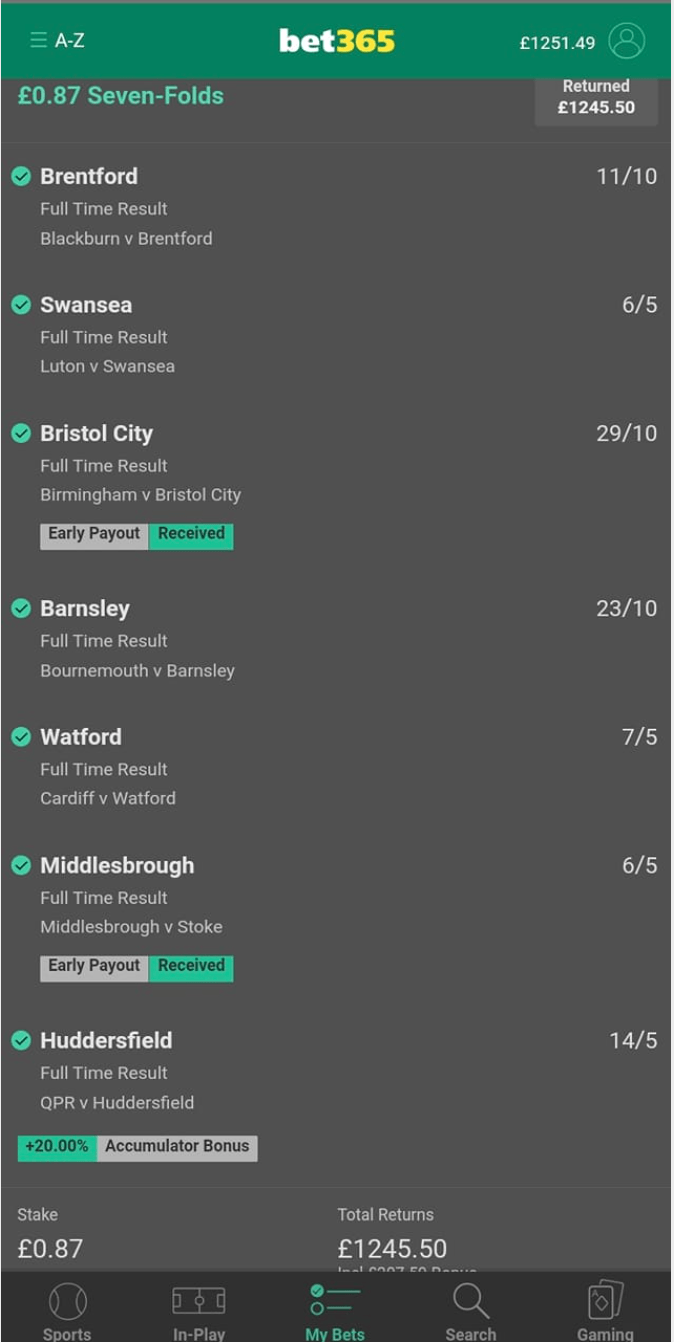