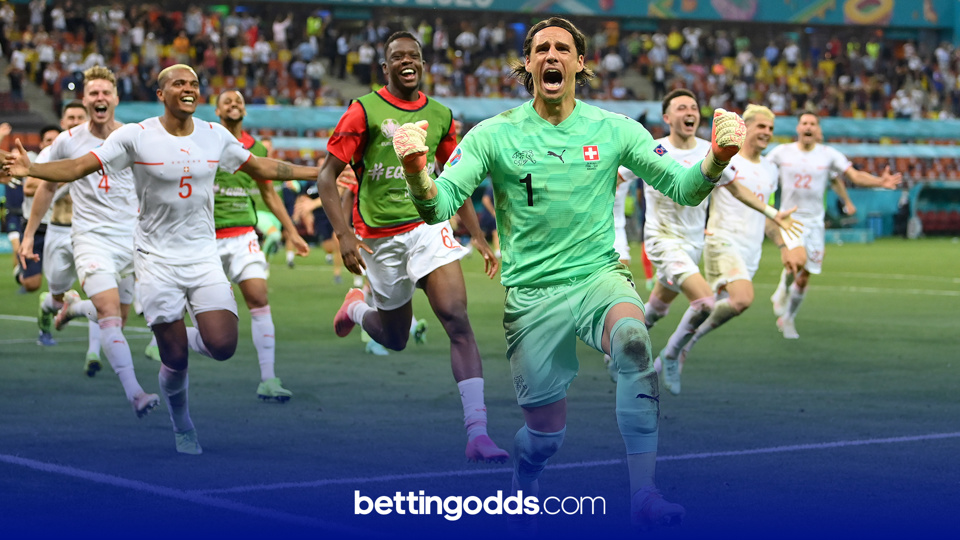 Well. What a night of action the Euros threw up on Monday. Two knockout games which on the face of it had the potential to be pretty stale; first up Croatia and Spain locked horns at Copenhagen's Parken Stadium - two sides who had previously endured fairly underwhelming group stage campaigns.

Neither side had hit the heights we have become accustomed to seeing from them in recent years, but they turned it on for our entertainment last night, playing out a six-goal thriller in normal time before Spain went on to win the game 5-3 in extra-time!

The match was kick-started by a goalkeeping howler, as Spain's Unai Simón failed to control a back pass from midfield; the ball trickling over his foot and into the open net to put Croatia in front inside the first 20 minutes.

Croatia take the lead through a freak own goal.

Spain fought back just before half-time with a goal from Pablo Sarabia, before two more goals from Luis Enrique's side put them in cruise control heading into the final stages. However, when substitute Mislav Oršić pulled one back for Croatia in the 85th minute it was game on. Another goal right at the death courtesy of fellow substitute Mario Pašalić saw the game taken to extra-time, with Spain eventually prevailing thanks to goals from Alvaro Morata and Mikel Oyarzabal.

Onto France v Switzerland, then. More of the same please. Another six-goal thriller, which included Switzerland taking an unlikely lead before a Karim Benzema brace and Paul Pogba goal put Les Bleus 3-1 up heading into the closing stages. Game set and match, surely? Not quite. The Swiss fought back through two late goals - one in the 81st minute and one on the 90th (!) - to ensure the game would be taken to extra-time.

With no more goals to report, penalties had to be introduced to determine the winner. Kylian Mbappe - who endured a poor tournament by his exceptionally high standards - stepped up to take the decisive spot-kick but saw it saved by the faultless Yann Sommer, ensuring the Switzerland go through to Friday's quarter-final against Spain.

🚨 SOMMER SAVES MBAPPE'S PENALTY AND SWITZERLAND HAVE KNOCKED FRANCE OUT!!! 🚨

WE REPEAT: SWITZERLAND HAVE KNOCKED FRANCE OUT OF EURO 2020! 😱

Here's where things get really interesting. Plenty of punters across the country would have had a dabble on a correct score bet for either - or both - matches last night, but who would have predicted BOTH of them to finish 3-3?

We doff our caps to you, sir.

Congratulations to the Tyne and Wear customer who had £3 double on Croatia-Spain and France-Switzerland 3-3 on 90 mins....returned just over £16k

Confirmed legitimate 3-3 double from last night. A cashout was taken at 3-2 in #FRA #SUi, how much would you be happy taking from this bet? https://t.co/7wqW8WqwAa

The big winners didn't stop there, though, oh no.

One incredibly fortunate William Hill customer won £2,005 from a £5 bet on three players to be carded in the France v Switzerland match, after backing Varane, Elvedi and Rodriguez all to find their name taken by referee Fernando Rapallini, who had the highest yellow card average per game last season (6.33) and has clearly carried his form into the Euros. 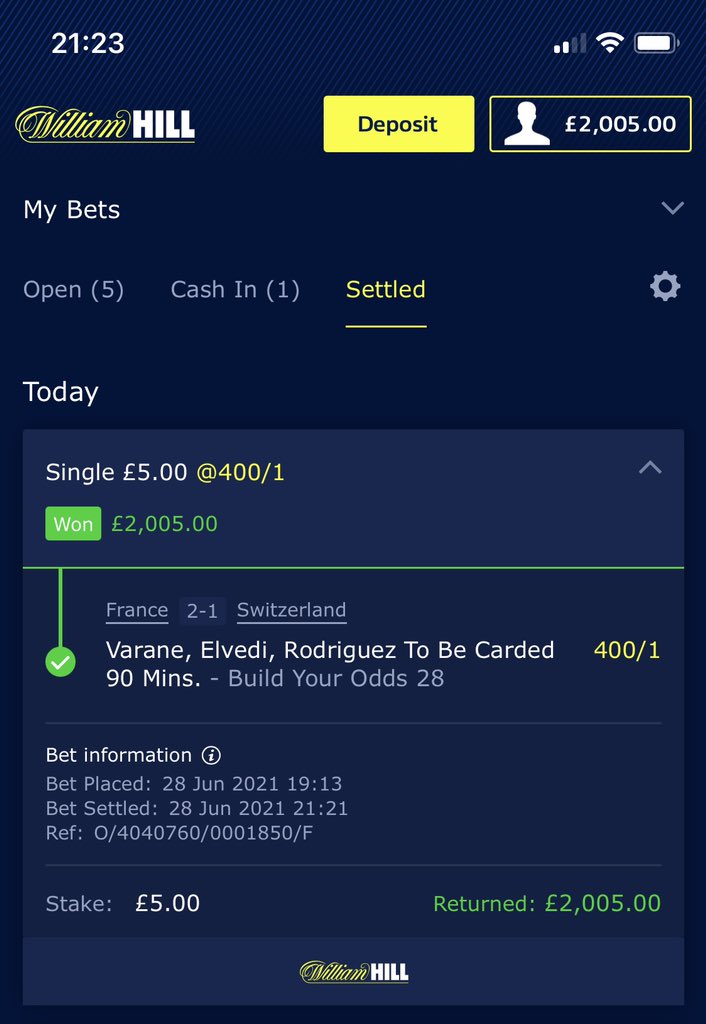