Betting Stories: Crawley's heroic exploits made one punter a lot richer this weekend 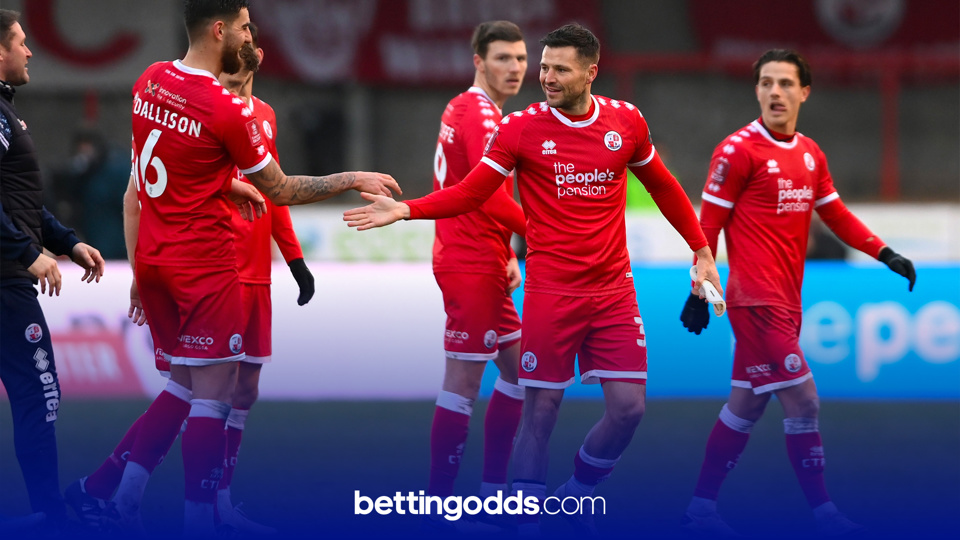 Betting Stories: The League Two side beat Leeds 3-0 to book their spot in the fourth round
By Callum Pragnell
12:17 Monday 11th January 2021 - 2 minute read

The Magic of the Cup

If ever there was any doubt that the FA Cup had lost its magic, this weekend Crawley did their very best to reinstall some belief that this competition is still packed full of twists and turns.

The League Two outfit were heavy underdogs in their third round clash against Leeds on Sunday afternoon, priced up as 12/1 to beat Marcelo Bielsa's men before kick-off, while the Premier League side were solid 1/5 favourites to make light work of their lower league opposition.

After a first half dominated by the visitors, it looked as though this tie would sway towards Leeds' favour after the interval. Indeed, it proved to be a different story all together, as the hosts took the lead via a spectacular solo goal from Nicholas Tsaroulla, before Ashley Nadesan doubled the advantage just three minutes later!

The game was then put to bed on the stroke of 70 minutes as former Manchester United trainee Jordan Tunnicliffe made it 3-0 and secured Crawley's place in the fourth round.

The correct score was priced up at a huge 250/1 with UNIBET prior to kick-off, and to further rub salt in the wounds for Leeds, Red Devils boss John Yems even brought on celebrity Mark Wright - who signed for the club on a non-contract basis last month - off the bench to see out the final minutes of the game.

While the result came as a ginormous shock for most of us, one extremely lucky punter obviously felt confident in Crawley's chances of winning after they placed three separate £10 wagers on the West Sussex club winning the game WITH a match handicap of -1 and -2, scooping a total profit of £3,900 at full-time!

Check out the astonishing bets below... 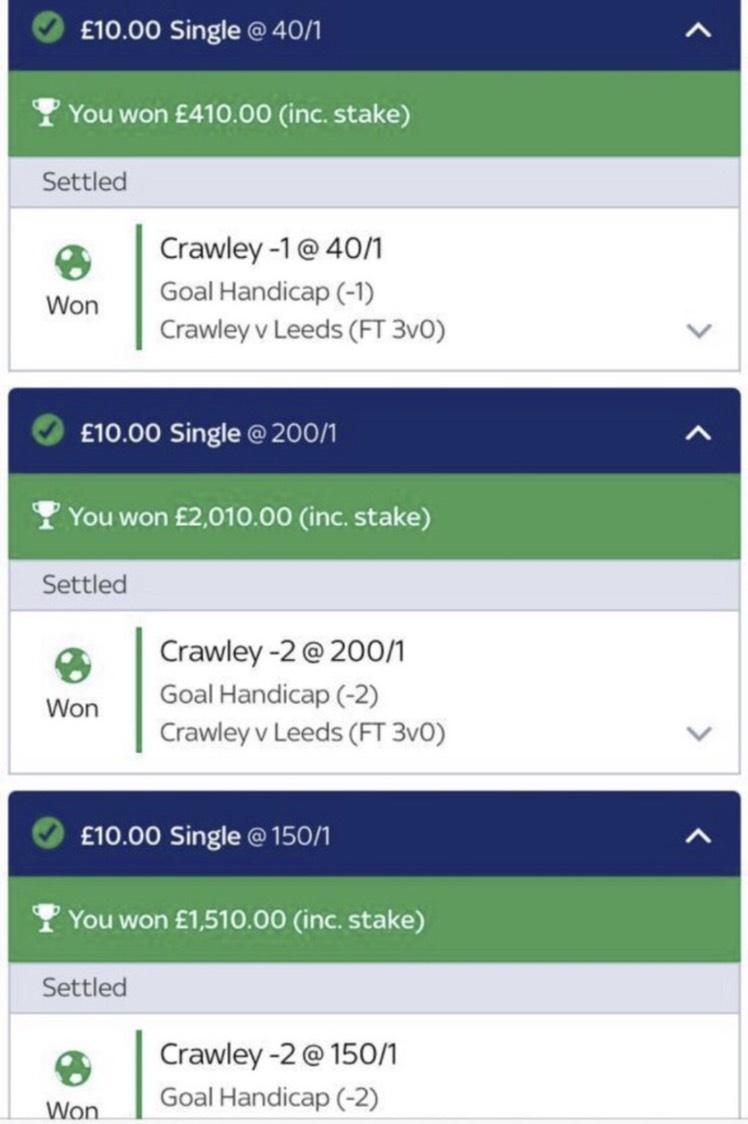