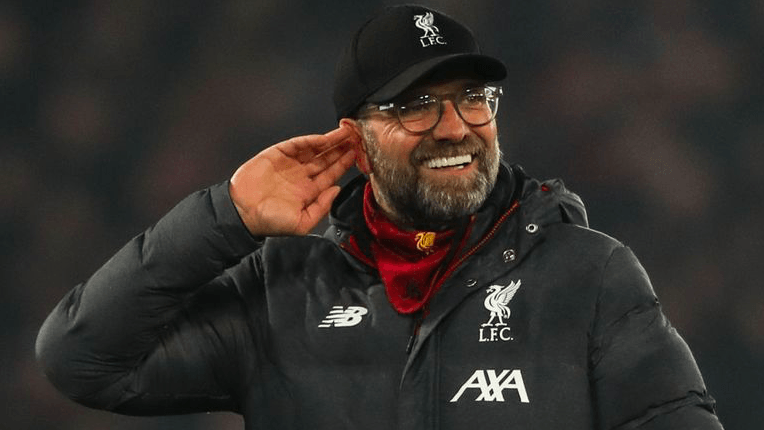 One Liverpuddlian punter placed her first ever bet at the start of the season on Liverpool winning an unprecedented quadruple this season.

Tanya Hanley from Liverpool placed a £100 bet on Liverpool winning the Carabao Cup, FA Cup, Champions League and Premier League titles in the 2021/22 season and she's now staring down some mouthwatering cash-out options with Betfair, the bookmaker she placed the bet with.

Jurgen Klopp's side now go into Sunday's final Premier League round of matches one point behind rivals Manchester City needing to better Pep Guardiola's team's result to win the title. As it stands, Betfair are offering Tanya a cash out of £22,712 ahead of today's games which looks pretty generous given City are 9/50 (an 84.7% probability) to beat Aston Villa at the Etihad and land back to back Premier League titles. Liverpool are equally as short to win their game at home to Wolves.

Tanya however, as Betfair have excellently documented is adamant she won't cashout, would you?

We documented the plight of Liverpool winning the quad this season a few months ago and how the odds have changed. 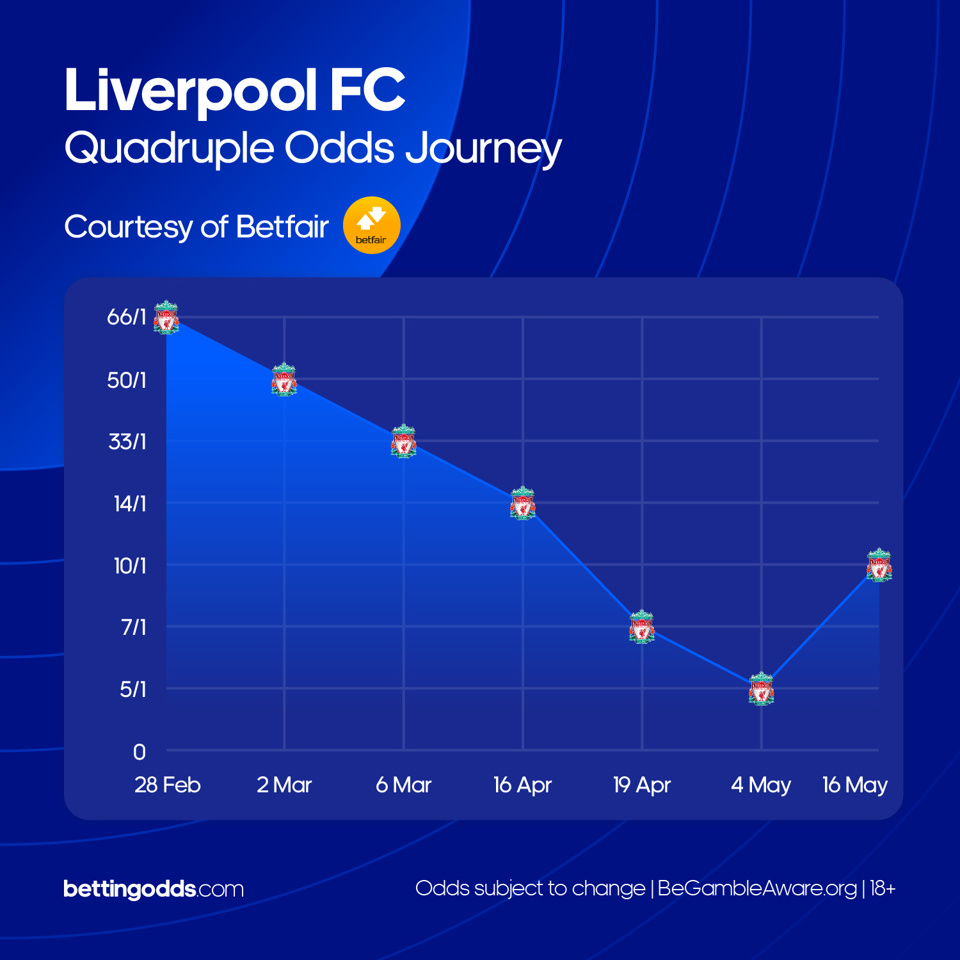 After Liverpool won the Carabao Cup and City were knocked out of the Champions League the Betfair cash out was around £32k. However, when Liverpool drew 1-1 with Tottenham two weeks ago that cash out dropped down to £10k.

A 2-1 win at Villa bumped the cash out back up to £13k before City dismissed Wolves 5-1 at Molineux with Betfair cutting the cash out to £5,473.

As we know, Liverpool then beat Chelsea to win the FA Cup and the cashout jumped up to £9k and a day later, with City trailing 2-0 at half time against West Ham, Tanya could have cashed out for approximately £35k!

City would fight back to get a point at West Ham and the cashout dropped to £15k before jumping back up to £22,796 following Liverpool's 2-1 win at Southampton on Tuesday. And that's where we are now!

If Liverpool dramatically claim the EPL title on Sunday, there's still one game to go to win the quad, with Real Madrid standing in their way in the Champions League next weekend. Liverpool are as short as 21/10 to win the final and 8/15 to lift the trophy which represents around a 60% win probability. IF they do win the Premier League on Sunday afternoon, that cash out number from Betfair will become much, much bigger. 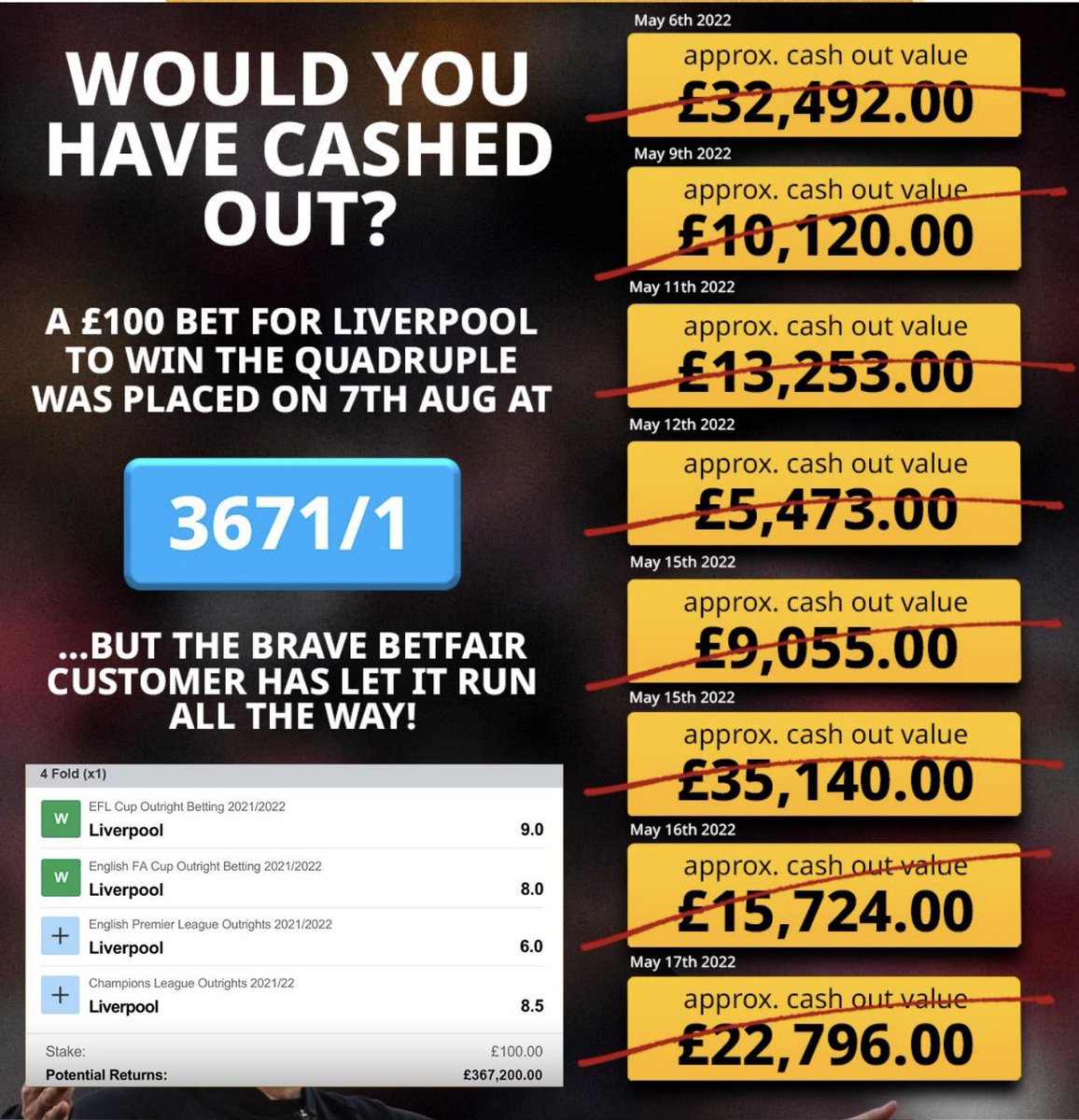 🏆 If Liverpool do win the title at Anfield on Sunday..

What would you do? https://t.co/IUqnoK08nf