Betting Stories: The best winners from this weekend's Euros action 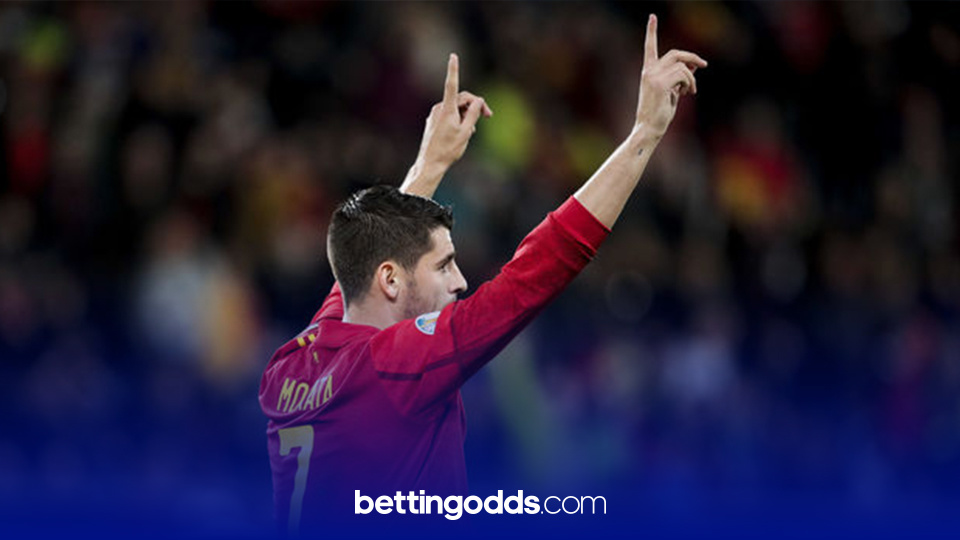 Euro 2021 is now in full swing and this weekend we saw a plethora of thrilling action, mainly in the shape of Group F's six-goal battle between Portugal and Germany on Saturday which was undoubtedly the game of the tournament so far.

Spain and Poland locked horns straight after in a match which was always going to struggle living up to the expectations of the match which went before. To tell the truth, it was a pretty drab affair, with Luis Enrique's side yet again dominating possession but failing to cause too many problems in the final third.

The game ended 1-1 which sees Spain sit third in Group E on two points, behind Sweden (4 points) and Slovakia (3 points) heading into the final round of games this week. A win against Slovakia is vital for La Furia Roja's hopes of making it through to the last 16.

Poland kept their hopes of qualifying alive with an invaluable point on Saturday, and while they still have a huge job on their hands to make it through, a win against Sweden on Wednesday could be enough to see them into the next stage.

The game itself may have been underwhelming, but there were some fantastic bets won, including this sensational 180/1 shot which got over the line thanks to a last-minute booking from Man City midfielder Rodri!

Sky Bet's 200/1 price boost, which contained Morata and Lewandowski to score, alongside Torres and Moder to be carded also saw plenty of punter's pocked a tidy profit from small stakes as Saturday drew to a close... 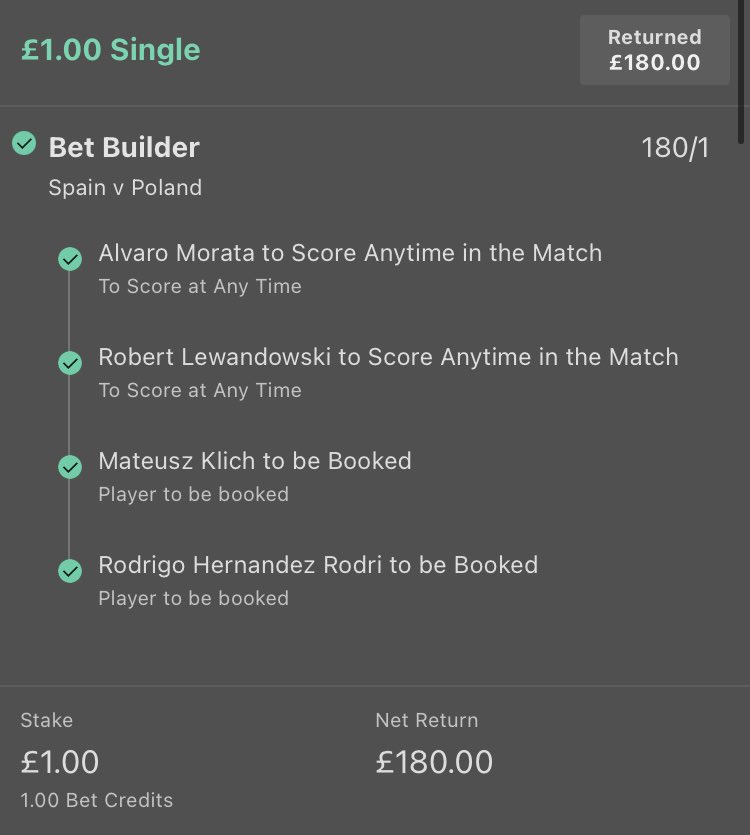 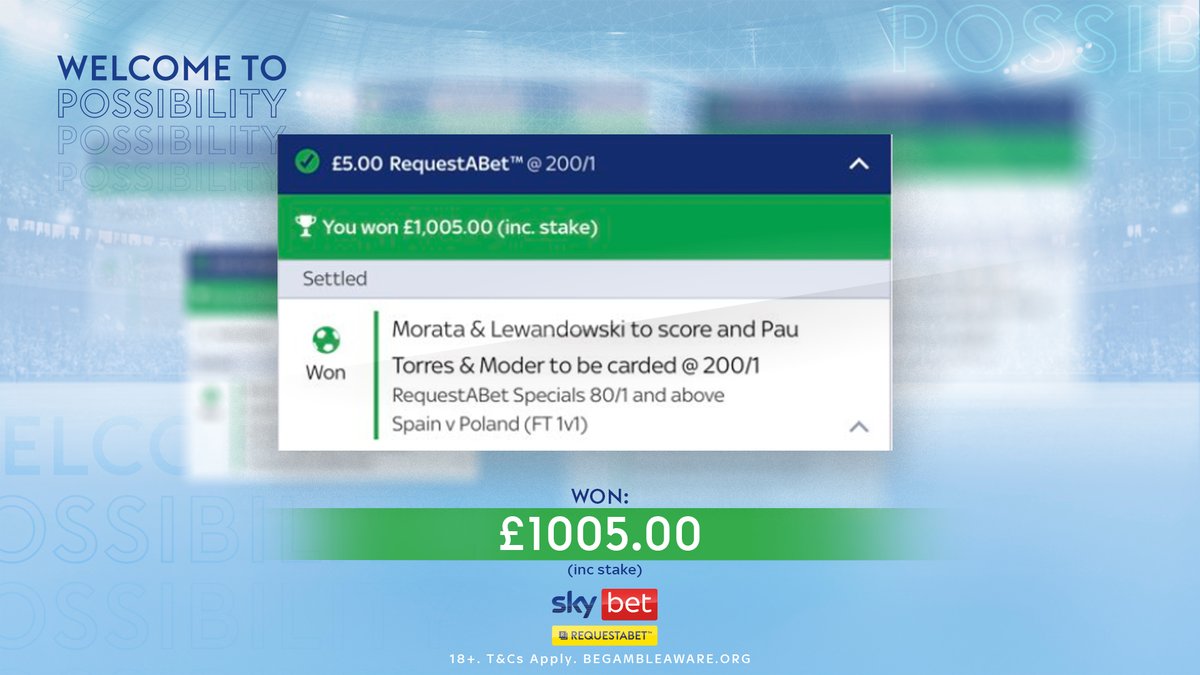 Match day 2 of #EURO2020 ended with a spectacular #RequestABet winner 🎉

Congratulations to all those who backed this one https://t.co/XZL6as76MH

The fun didn't stop on Saturday though, oh no. Sunday's matches between Italy & Wales, and Switzerland v Turkey yielded one lucky bettor a huge payout from his Bet Builder double with bet365.

@JackStinger97 placed £10 on four players to be carded in total - two in each game - backing Ethan Ampadu, Joe Allen, Granit Xhaka and Caglar Soyuncu all to find their names taken. When each duly obliged, he pocketed a cool £3,450!

Nice work all round, let's hope for some more this week.

If Carlsberg did Sundays https://t.co/WHfMHDgttJ