Milan were the only side to cost this punter's weekend acca.
By Callum Pragnell
14:15 Monday 22nd November 2021 - 2 minute read

One hugely unfortunate bettor came agonisingly close to the acca win of a lifetime this weekend, narrowly missing out on a bumper €16k payout thanks to AC Milan losing 4-3 to Fiorentina in Serie A.

Irish punter Jack Kelly staked €5 on a whopping 14-fold accumulator, covering games from an array of different leagues around Europe.

While all of the selections were relatively short-priced favourites, due to the amount of teams he'd backed in the bet - partnered with bet365's fantastic acca bonus, which in this case stood at €6,662 - the potential returns were gargantuan.

Chelsea kickstarted things in style with a 3-0 win away at Leicester, before each of Stoke, Portsmouth, Mansfield and Exeter all recorded victories in the EFL at 3pm.

Elsewhere, there were narrow wins for Barcelona and Bayer Leverkusen on the continent, while Juventus and Liverpool both won convincingly on Saturday.

Spurs and Inter Milan both fought back from a goal behind to defeat Leeds and Napoli in their respective outings on Sunday, with Real Madrid cruising past Granada away from home.

Unfortunately, though, the damage was already done, with AC Milan costing the bet by losing a seven-goal thriller against Fiorentina on Saturday afternoon, therefore leaving the ballsy bettor with nothing but the sour, nagging afterthought of could have been.

Positives can indeed be taken in how close this bet was to coming in, not that he'll see that just yet. 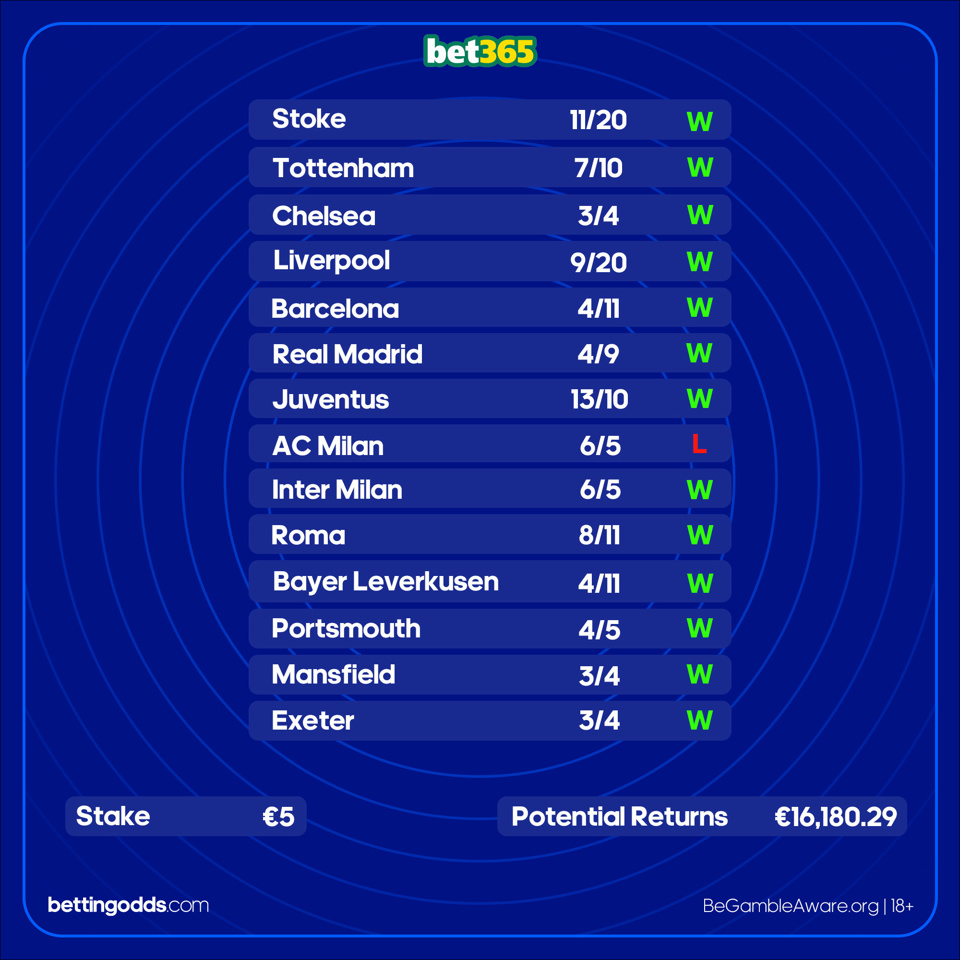