Betting Stories: The 90/1 SoT bet that made one punter extremely happy this weekend 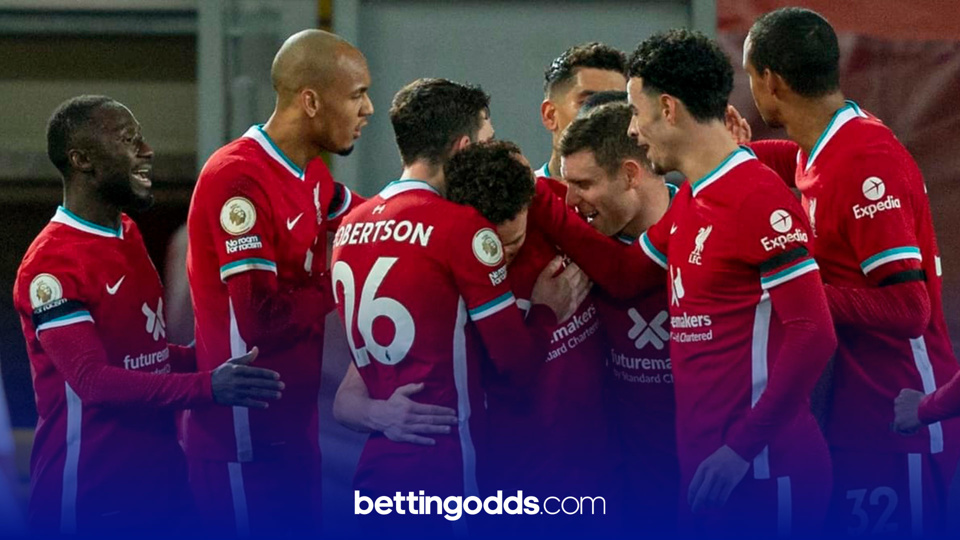 One punter landed a very obscure bet this weekend after he bet on Liverpool to register 12 or more shots on target against Leicester.

The Reds were injury-ravaged heading into the game against Brendan Rodgers' Foxes, without Mohamed Salah after the Egyptian tested positive for coronavirus and Virgil van Dijk, Joe Gomez, Thiago, Jordan Henderson and Trent Alexander-Arnold through injury.

However, with a makeshift XI assembled Jurgen Klopp's side cantered to victory, winning 3-0 thanks to goals from Jonny Evans (OG), Diogo Jota and Roberto Firmino in a result which sees them go level on points with Tottenham at the top of the Premier League table.

With so many injuries to contend with it would have been easy to write the reigning champions off in this match, up against a strong Leicester side who before this weekend had won their last six games in all competitions.

Not this optimistic supporter, though, he had other ideas and clearly felt confident in Liverpool's ability in the final third, backing them to take 12 or more shots on target during the match - a bet priced at 90/1 before kick-off!

The lucky Paddy Power customer scooped a tidy £1,350 profit after staking £15 on the obscure-but-shrewd wager, no doubt making life a little easier heading into the festive period. 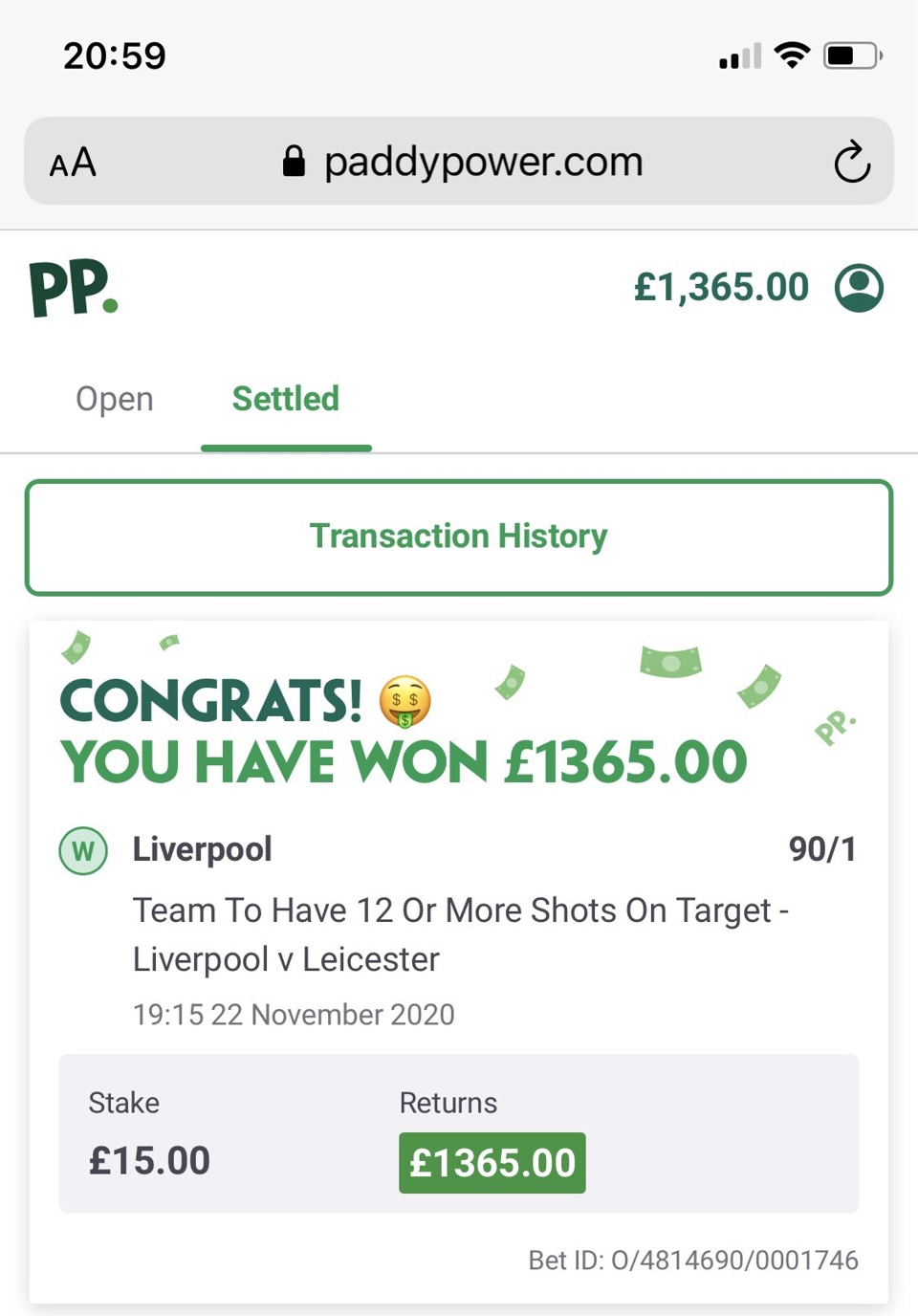 What is most amazing about this bet is the fact that it is actually the second time this month that it's landed! The Reds fan put a tenner on his team to register 12+ SoT in their recent Champions League drubbing over Atlanta at 100/1, therefore pocketing another £1,000!

Phenomenal punting and congratulations in order to you, Rob - you've played a blinder! 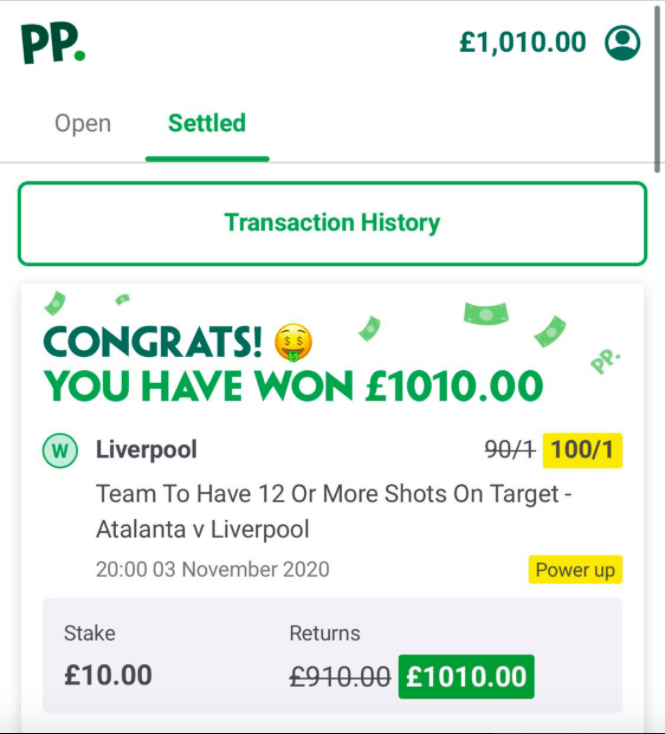