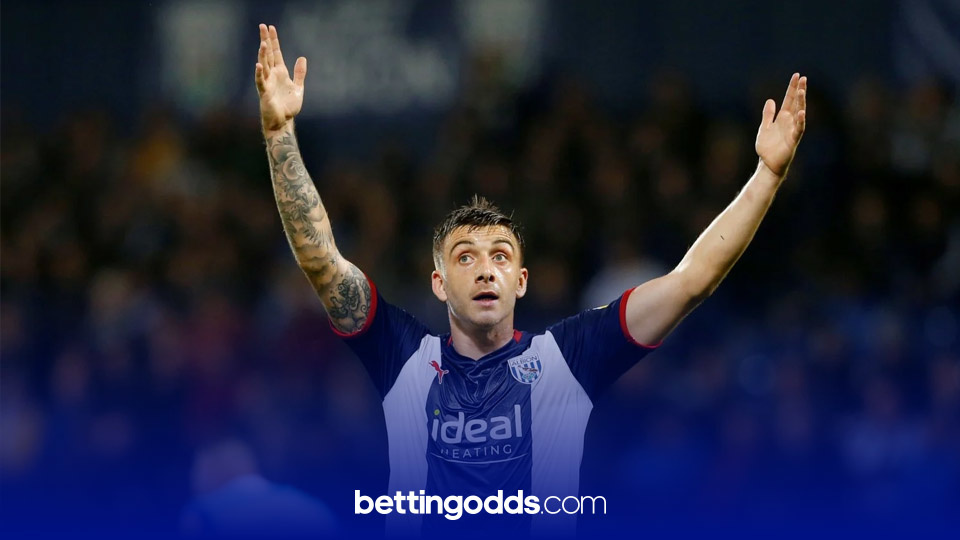 One Betfair customer scooped the bet-win of a lifetime this weekend, landing a sensational 7,446/1 11-fold accumulator on games spanning across the EFL and National League on Saturday afternoon.

Amazingly, and very much unlike the majority of our Betting Stories, this bet flew in without any real trouble whatsoever. Only three of the eleven games were won by a one-goal margin - Bromley, Boreham Wood and Luton - with the likes of Bournemouth, Dagenham & Redbridge, Wrexham and West Brom all winning 3-0!

The anonymous punter must have been an avid non-league fan, with over half of the games coming from the National League - England’s fifth tier. Bromley fell behind twice against Aldershot, but fought back to clinch the spoils 3-2. Aside from that, none of the other teams in the bet were ever behind, essentially meaning it strolled in with very few concerns.

Kudos has to go to the punter for backing West Brom. Despite the Baggies' lofty position in the table, they had been in patchy form prior to Saturday's match, losing two of their previous three games. However, they bounced back in style at the Hawthorns, winning convincingly thanks to goals from Jordan Hugill, Kyle Bartley and Karlan Grant. 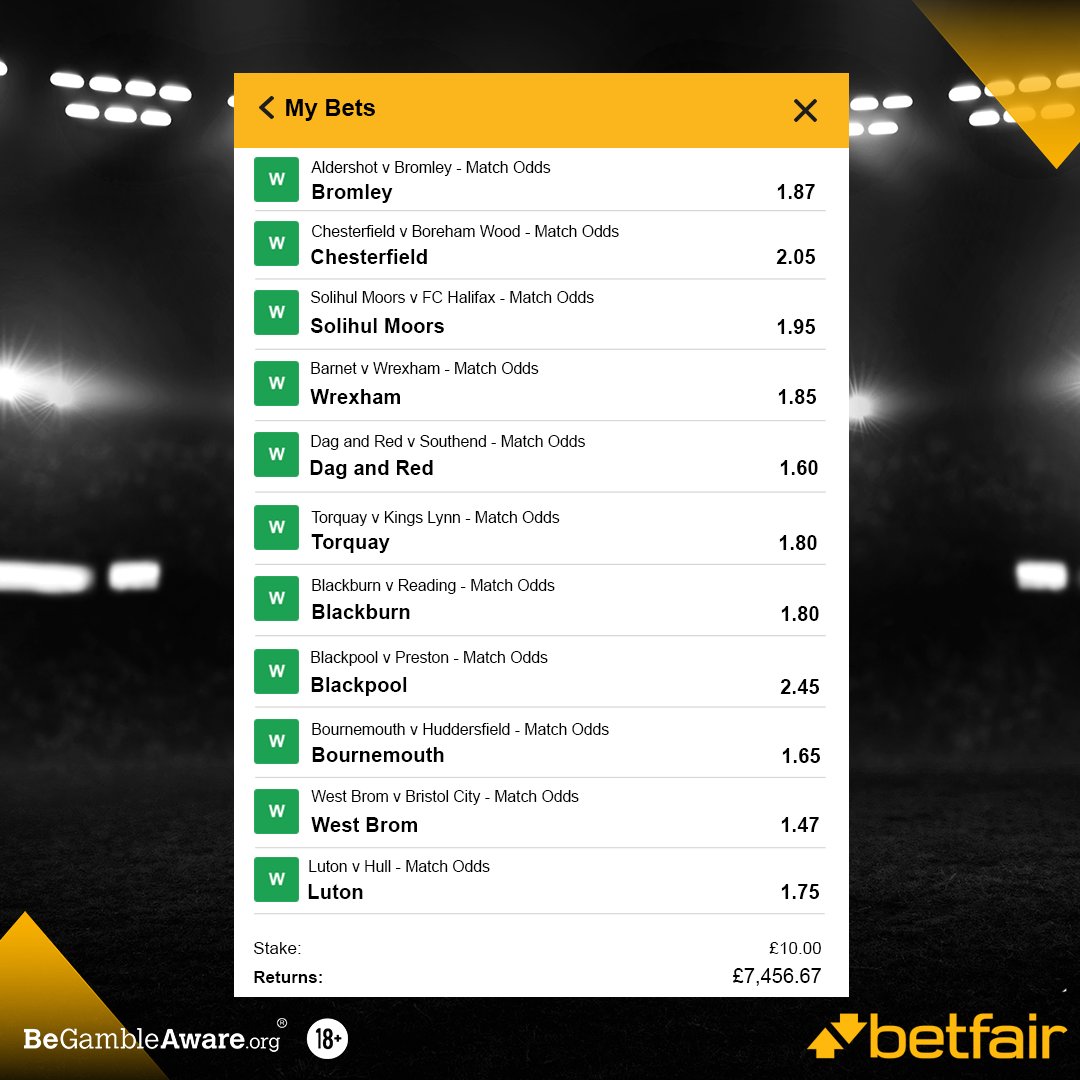 🤔 Did you have a multiple winner over the weekend?

🎉 This Betfair punter landed a 745/1 eleven fold acca across the English leagues on Saturday!

👏 Bromley twice came from behind to beat Aldershot, but none of their other selections were ever behind!