The Robins only have nine first-term players contracted while they are still without a manager, assistant, chief executive, and director of football.

After a period of chaotic uncertainty, Swindon supporters were at long last greeted with some positive news on Tuesday as prospective new buyer Clem Morfuni moved to within touching distance of completing his takeover of the League Two club after he passed the owners’ and directors’ test.

Once Morfuni is officially announced as Swindon’s new owner, fans can expect some rapid developments over the course of the next fortnight as they prepare for life in the fourth-tier following the club’s relegation last season.

Swindon had four different faces in the dugout last season, and another one since then.

They started the campaign with 2019/20 title winning boss Richie Wellens at the helm, only to lose him to League Two Salford City.

Noel Hunt briefly took over as caretaker, before the bizarre - and disastrous - appointment of John Sheridan, who vacated the post in April.

Former Colchester manager John McGreal was appointed on a two-year deal in May but left a month later without taking charge of a single match, meaning Swindon have been managerless since 25th June. 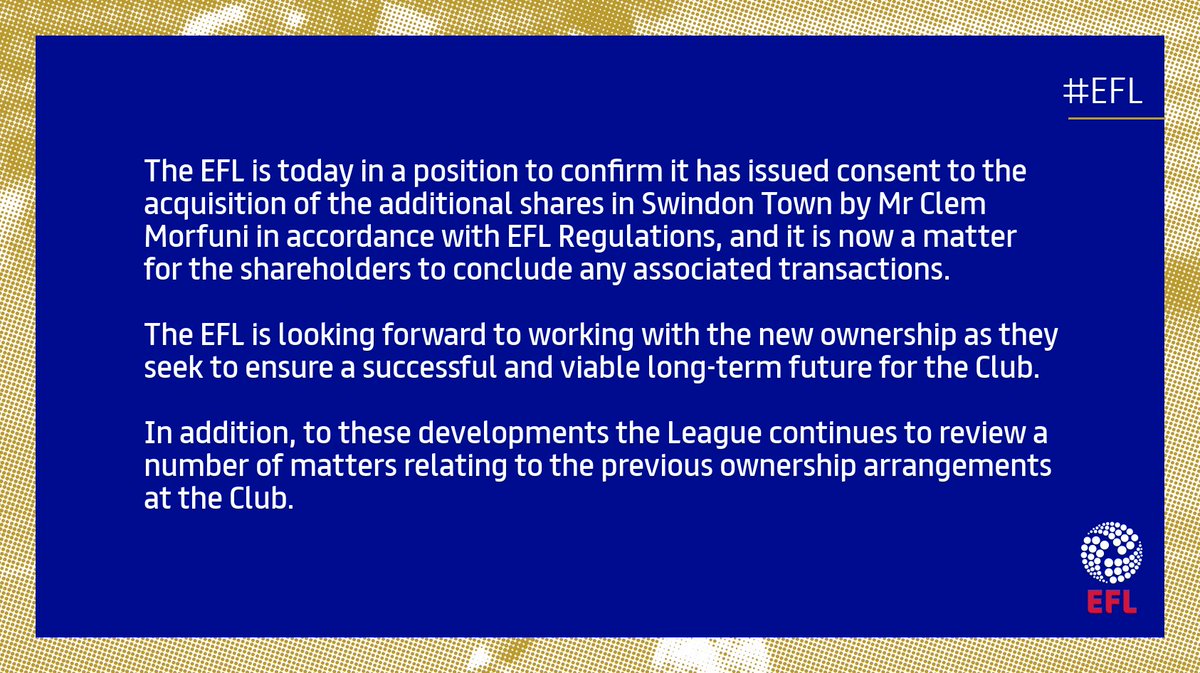 The next Swindon Town manager odds were recently taken down, but the Morfuni news has seen Bet Victor reopen the market, and there’s a brand new favourite for the job.

The bookmaker has installed Ben Garner, 41, as the odds-on frontrunner to to take over, ahead of former Swindon boss Mark Cooper (4/1) - who only recently became Barrow boss - Newport County’s managerial marvel Michael Flynn (12/1), and the ex-Exeter gaffer Paul Tisdale (16/1).

Garner’s one and only spell in management came at Bristol Rovers; a post he held between December 2019 and November 2020.

While it’s fair to say that Garner didn’t exactly set the managerial alight during his stint in charge of The Gas, he had previously built up a reputation as a high-quality coach who develops young players; following spells at Crystal Palace (and their Academy where he worked with Wilfried Zaha, Aaron Wan-Bissaka, and Nathaniel Clyne), West Brom, and Indian Super League side ATK.

He’s coached under the likes of Ian Holloway, Neil Warnock, Tony Pulis, Alan Pardew, and Steve Coppell, and was mentored by Jose Mourinho when studying for his UEFA Pro Licence.

An appointment would be considered a risk, but we’ve seen many young, talented but relatively inexperienced managers thrive in League Two in recent years, including Swindon’s own Richie Wellens, Michael Duff, Mark Bonner, and Ryan Lowe who have all delivered promotions.

At the time of writing there are plenty of big-priced outsiders in the betting, ranging from West Ham assistant Kevin Nolan and former Shrewsbury boss Sam Ricketts, to Charlton coach Jason Euell and Derby assistant Liam Rosenior (all 33/1).

The vastly experienced Ian Holloway is also available at 33/1, as are Neil Harris and Alex Neil.