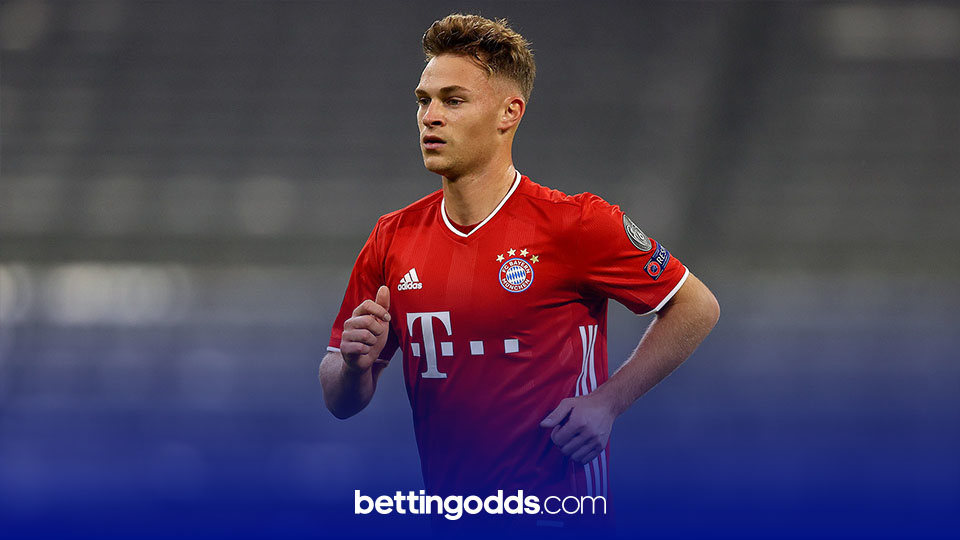 Champions League football is back with some heavyweight clashes, one of which being reigning champions Bayern Munich hosting the French giants, Paris Saint-Germain, at the Allianz Arena for the first leg of their quarter-final tie. This tie sees a repeat of last years Champions League final where Kingsley Coman helped Bayern to a 1-0 victory to help the Germans lift the trophy for the 6th time in their history.

The big news for the Bavarians is the loss of Polish supreme Robert Lewandowski, who has been ruled out for a month with a knee injury and is likely to be absent for both legs. With 35 goals in only 25 Bundesliga matches, nobody is scoring at a faster rate in Europe than Lewandowski which shows how important he is to Hansi Flicks side. With Costa and Tolisso both still sidelined, Gnabry recently testing positive for COVID-19, it looks likely that ex-PSG man Eric Maxim Choupo-Moting will take the number 9 role with Sane and Coman on either wing.

Pochettino has a handful of injuries to deal with at the moment, but spirits will be boosted by the return of Neymar who is pivotal to the Parisians attack. After a convincing win over Barcelona in the previous round, PSG have gone on to lose twice in only four games in Ligue 1, which sees them slump to second in the league. Pochettino's host of injuries include Bernat, Paredes, Verratti and Florenzi who will all miss out, with Kurzawa, Icardi and Pereira all doubtful also, leaving the Argentine with some rotation to his starting XI.

Since joining the Bavarians in 2018, Leon Goretzka has relished into a pivotal player for the German champions and really hitting some top form of late. The 26 year old has been chipping in with some crucial goals this season, most recently netting on three of his last five starts.

The angle that I want to take in this first leg at the Allianz is Goretzka to register two or more shots. Over his last nine matches, he has managed 23 shots (2.55 per game), with two or more shots landing in seven of those matches (78%). Priced at a tasty 6/5 (45%) and with Kimmich being the anchor for the Munich side, I feel there is some value in the two shots at an odds against price.

With Neymar fit and ready to take on the German giants, I expect to see him being the key focal point when the Parisians attack. Kimmich will be playing as a right central midfielder alongside Goretzka, the former I expect to be extremely busy coping with the skilful runs of the Brazilian.

With Neymar often situated centrally or cutting inside from the left, the opposition at right central midfield can get several opportunities to steal the ball from the spell of the tricky winger. In Neymar's most recent start against Lille at the weekend, Benjamin Andre was right central midfield and managed six tackles. Looking further back into the group stages of the Champions League, in the two legs against Manchester United, Scott McTominay was used as a right central midfielder and racked up a whopping 10 tackles over the two matches. With Kimmich previously playing a lot of his career as a right back, he definitely knows how to tackle and seeing a price of 7/4 (36%) about him making three tackles is definitely taking my eye.

With three goals in five starts, it's hard not to include Goretzka to chip in with another important goal in my longshot, especially with the loss of Lewandoski up top. Kimmich could end up being exposed against Neymar, as previously explained he should have many opportunities to win the ball from the Brazilian, but he will also have many opportunities to foul him. Being such a flamboyant player, he draws an insane amount of fouls. In Neymar's last seven starts, he has drawn a huge 36 fouls (5.14 per game) and with Antonio Mateu at the whistle, theres a good chance Kimmich could pick up his third yellow card in seven matches.

With Lewandoski being absent due to a knee injury, this potentially makes way for ex-PSG man Choupo-Moting to lead the line. Given the chance in a central striker role, I think the price on him to register 2 shots on target looks extremely generous at 11/4 (landing in three of his last five starts); adding this with a Goretzka goal and a Kimmich booking takes this longshot to a whopping price.