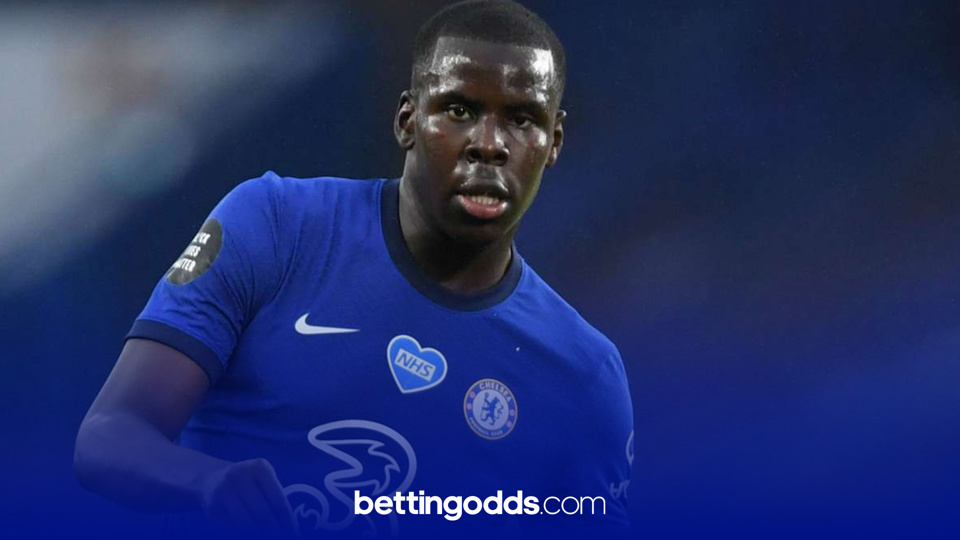 Kurt Zouma has registered 0.47 shots on target per game this season and features in our FA Cup tips for Thursday evening
By Anthony Eadson
16:47 Wednesday 10th February 2021 - 4 minute read

There are not many Barnsley fans who thought they would be playing Chelsea twice this season but The Blues travel to Oakwell to for an FA Cup fifth round tie on Thursday evening. Chelsea battered the South Yorkshire side 6-0 at Stamford Bridge a few months back in the EFL Cup and we’ve got three football tips for another Cup encounter that’s live on BBC1, kicking off at 8:00pm.

Prior to their EFL Cup meeting in September the last time these two sides met was back in 2008. A Kayode Odejayi goal gave 11/1 Barnsley a 1-0 home win against a side that included John Terry, Michael Ballack and Michael Essien. A repeat of that success is currently priced at 10/1, however it’s worth noting that this game will go to extra time and penalties if needed. A win in his first FA Cup game for Thomas Tuchel is available at 1/3, with the draw currently being offered at 9/2.

Chelsea’s new German manager may switch to a 4-4-2 formation for the first time as he will most likely heavily rotate his side. Thiago Silva is unavailable which should see Kurt Zouma come in. Billy Gilmour and Hakim Ziyech will both be hoping for starts, while Timo Werner is a slight doubt.

Barnsley’s home game against Derby was postponed at the weekend due to a waterlogged pitch and that may well be an advantage with their first team being well rested and relishing the chance to take on Premier League opposition.

It’s three wins and a draw from his first four games in charge for Thomas Tuchel and his side have looked very assured in possession over in those matches. I’m fancying a Chelsea win to Nil on Thursday evening which is currently available at 6/5 with both Betfair and Paddy Power.

Over their last four Premier League games Chelsea have only conceded a combined total of 2.23 xGA (expected goals against). The Blues have kept two clean sheets in that period and they should have the ability to control this FA Cup tie. With an average of 64% possession across those four fixtures I’m expecting the visitors to dominate that statistic once again and with more than enough quality to overcome a Barnsley side who have only won two of their last seven in all competitions.

Chelsea’s centre-backs have been a prominent threat from set-pieces this season with Kurt Zouma and Thiago Silva having scored six league goals between them. I think Chelsea should have plenty of corners in this game and I’m backing Zouma to have one or more shots on target at 2/1.

In the Premier League this season Kurt Zouma has registered 0.47 shots on target per game. He’s a defender who knows how to make a nuisance of himself in the opposition penalty area and has registered 14 shots in 15 games this term.

I’ve also picked out something at a bit more of a price for the optimists out there in a game where Chelsea could rack up a good few goals. At 22/1 I’ve gone for Callum Hudson-Odoi to have two or more shots on target with Kurt Zouma also to have a shot on target.

Callum Hudson-Odoi has been in good form over the last few weeks and has registered at least two shots in all three of his starts under Tuchel. I think the 20-year-old will start in a more forward role than previously where he has featured as a right-wing-back. This should only bolster our chances of him letting off shots. I’m rather surprised to see 13/2 available here for the youngster to have two shots on target against Championship opposition.

I’ve already mentioned how I’m keen on Kurt Zouma to have a shot on target in the game and by using Betfair’s Same Game Multi feature, we can combine both Hudson-Odoi 2+ shots on target and Zouma 1+ shot on target, to give a 22/1 double.

That’s 6/5, 2/1 and 22/1 selections in toal. Best of luck to anyone following, always gamble responsibly and use the appropriate tools available if you feel you are developing an issue.