Barcelona v Athletic Bilbao Tips: Focus on away side for Sunday's value plays 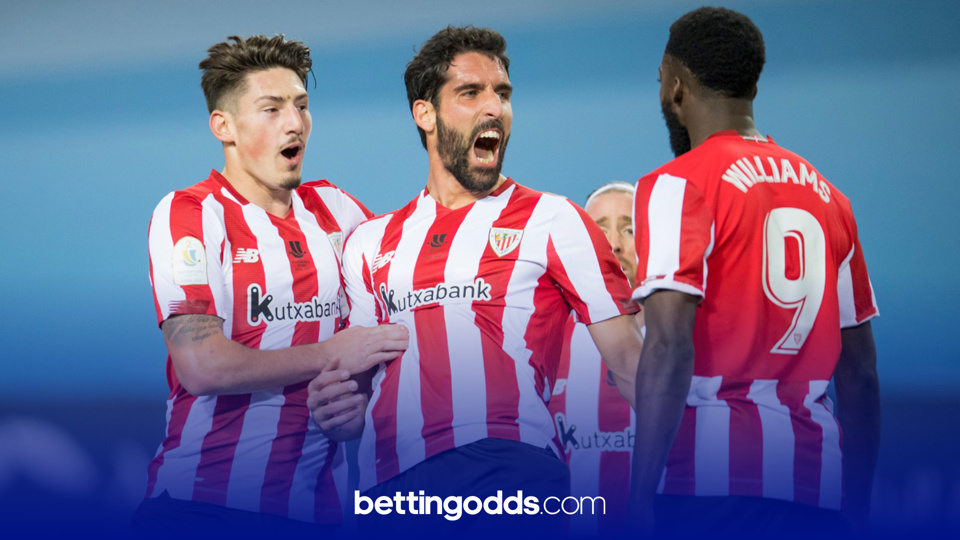 The final La Liga action of the weekend sees Athletic Bilbao head to the Camp Nou at 20:00 this evening. Barcelona will have vengeance on their minds following their defeat in the Supercopa de Espana at the hands of today’s visitors. The bookmakers obviously fancy them to avenge that loss as they have them priced at around 2/5 giving them an expected chance of victory of 72%. However, Ronald Koeman will have to beat a side in fine form without long term absentees Sergio Busquets, Philippe Coutinho, Gerard Pique and Ansu Fati.

Visitors, Athletic Bilbao, pose a dangerous threat to the Catalans. They have won all five of their last five matches in all competitions, besting Real Madrid and today's opposition during that time! Another victory today could see them leapfrog Real Betis and Levante as they move into eighth position.

I have picked out a couple of selections at odds of 3/1 and 11/10 from the player cards and shots on target markets. They can be combined using Betfair’s same game multi feature at odds 9/1 but please remember to gamble responsibly if you are following me with any of these picks!

Los Leones supremo- Marcelino Garcia Toral- is expected to deploy his tried and tested 4-4-2 tonight which would see Unai Vencedor and Dani Garcia anchoring his side as they form a double pivot.

Athletic Bilbao will deploy a low block, therefore, their central midfield pairing will play a pivotal role in preventing Barcelona from dominating and dictating the play. Vencedor and Dani Garcia will be the ones to engage with Barcelona’s three central midfielders, ratting, and if the visitors are going to get anything from the fixture these two players' must execute their defensive output to perfection.

However, given Vencedor’s inexperience I fancy him to go into the book. The youngster has been cautioned thrice in his last four league starts and do not think he will be able to execute his roles tonight- covering Barca’s midfield and containing Lionel Messi- faultlessly.

Not to be confused with Athletic Bilbao’s central midfielder Dani Garcia, Raul Garcia plays upfront and comes into this fixture fresh off the back of a brace vs Getafe.

Raul Garcia has spear-headed his side's attack, alongside Inaki Williams, during the last three league games during which time he has registered six shots, with half hitting the target.

Betfair and Paddy Power have him at 11/10 to hit the target again today. The next best price available is 7/10 with Poker Stars Sports but he is consistently around 1/2 everywhere else.