Ballon d'Or Betting: Prices released on who will be crowned the world's best footballer

Paddy Power have released odds for this season’s Ballon d’Or, pricing up Paris Saint-Germain and France wonderkid Kylian Mbappe as 5/2 favourite to clinch the award.

The 22-year-old World Cup winner has once again been emphatic this season, scoring 16 goals in 22 league appearances and a further five in his six Champions League outings - three of which came during his show-stopping performance against Barcelona last week.

It comes as little surprise to see the former Monaco striker head up the betting considering his continued flawlessness this campaign, and if he helps joint-favourites France to do as many predict and win the European Championships this summer, then his chances of scooping the most sought after individual prize in world football will only be handed a sizeable boost.

Poland and Bayern Munich frontman Robert Lewandowski was robbed of winning this award last season after Covid-19 put an end to the ceremony taking place and a deserved player claiming the trophy. The 32-year-old scored a whopping 55 goals in all competitions as Bayern won the treble, and had the circumstances been different it’s almost a certainty that he would have been rewarded with his first Ballon d’Or in the summer.

Lewandowski is second-favourite to win it this year, however, priced at 11/2 in the market after another goal-laden campaign has so far seen him find the net 32 times in 31 appearances for the Bavarian titans (all competitions). The ex-Dortmund marksman is well on track to finish as the Bundesliga’s top scorer once again - currently eight goals ahead of his main rival, Andre Silva, at the time of writing - while Bayern yet again top the pile in the German top-flight after 22 games.

Should Die Roten go on to win their ninth consecutive league title in the coming months, and Lewandowski finish with the highest goal-tally - both of which look like happening at this point - then a solid performance for Poland at this summer’s European Championships would most likely be the only box left to tick for the 31-year-old if he is to be crowned the world’s best footballer, especially if Bayern win the Champions League for the second season in a row, which is highly plausible after their last-16 romping over Lazio on Tuesday evening.

Elsewhere, the two players to have dominated this award in recent years - five-time Ballon d’Or winner Cristiano Ronaldo, is third-favourite in the betting at 6/1 and six-time claimee Lionel Messi is 14/1. The latter’s price is reflectant of Barcelona’s stark underperformance in the league and Europe this season, coupled with the fact that he will not have the opportunity to impress at Euro 2021 like most of the other names in the market. 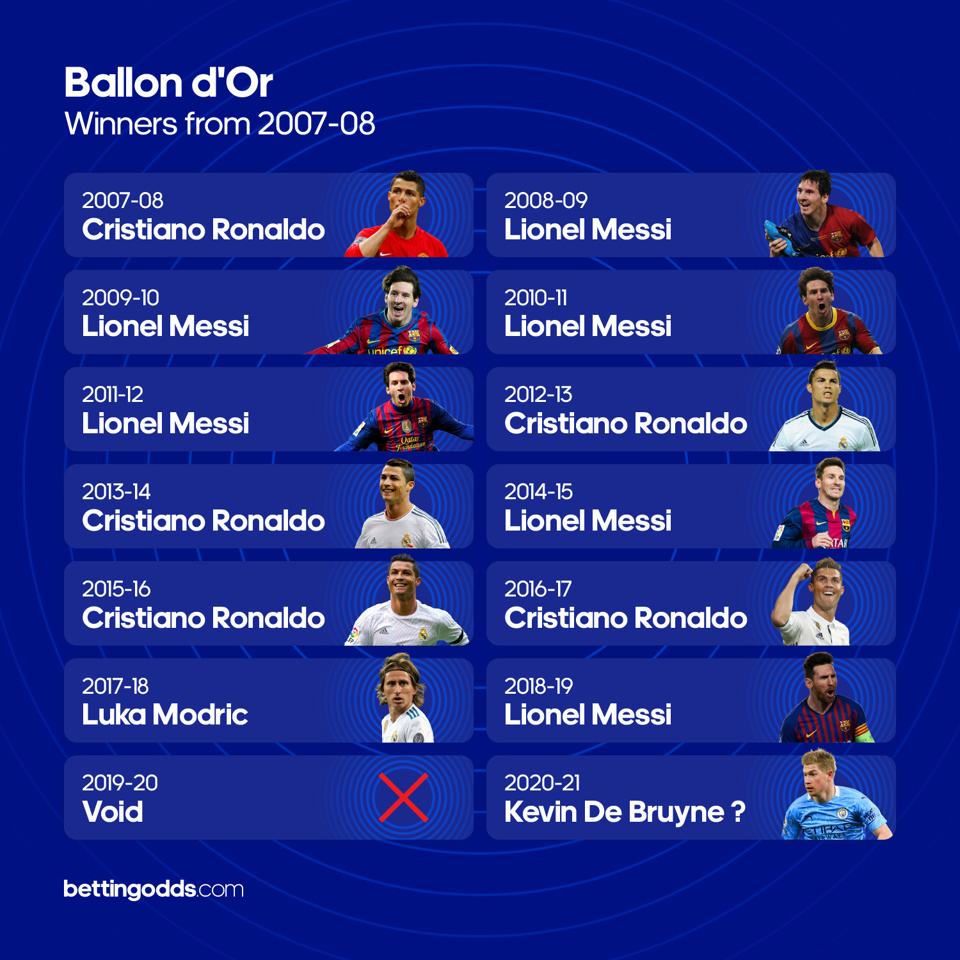 There is one name that stands out in the list to me, though, and that is Manchester City’s Kevin De Bruyne at 10/1. I think we’re all in agreement that the Cityzens’ technician is the best central midfielder in the world right now, and it feels like only a matter of time before he is rewarded with a Ballon d’Or award for his continued brilliance in the game.

Last season, had the ceremony not been cancelled, De Bruyne’s name definitely would have been in the conversation after the Belgian scored 16 goals and provided a hugely impressive 23 assists in his 48 appearances for the Sky Blues (all comps) - in turn equalling Thierry Henry’s record of 20 assists in a single Premier League campaign.

This time out, the 29-year-old has contributed three goals and 15 assists for City across all formats despite missing a total of nine games in the League, FA Cup and Champions League through injury. 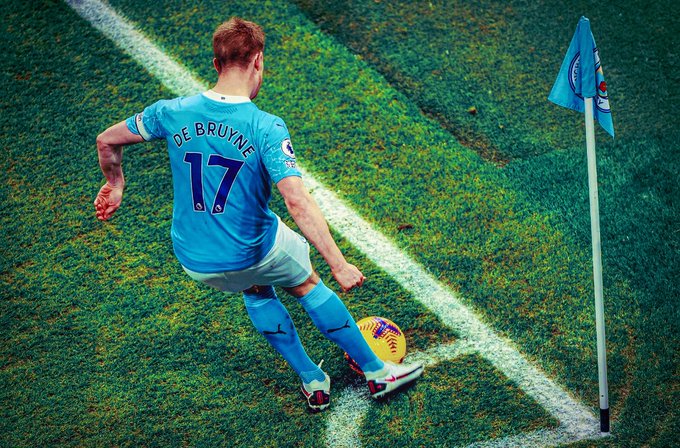 With Pep Guardiola’s side so dominant this term and it looking all but a certainty that they will regain their status as Premier League champions in May, alongside being favourites for their EFL Cup final clash against Tottenham in April; and favourites to win both the FA Cup (7/2) and Champions League (3/1), realistically De Bruyne could end the season with four trophies to his name at club level.

While there is still a long way to go for that to become reality, it seems a sure-fire that the former Wolfsburg playmaker will win at least two domestic trophies this season, and that’s before we even broach the small matter of his potential international success at Euro 2021.

Belgium enter the tournament among the favourites to go the distance at 11/2 and should De Bruyne play a key role in his country doing so - or indeed getting close to winning the prestigious competition - then overlooking him for the Ballon d’Or will rapidly become an impossible task.