Ballon d'Or: A look behind the odds and stats ahead of the ceremony

It’s here, the day the most prestigious individual trophy in world football gets announced. Who will win the 2021 Ballon d’Or? We’ll examine the rumours, the stats and the odds behind the rumoured top three for tonight’s showcase, as well as some potential outsiders.

Each year, the Ballon d’Or is awarded by French magazine France Football. It is one of the oldest, and generally regarded as the most prestigious individual prize in football. Over the years there have been some iconic winners of the award, from Cruyff to R9, Zinedine Zidane to George Best, however, over the last 13 years or so the award has generally been dominated by Lionel Messi and Cristiano Ronaldo.

With the award ceremony being cancelled in 2020 due to the global pandemic, you can be sure that the glitz and glamour of the footballing world’s greatest stars will be on display at the Théâtre du Châtelet, in Paris. 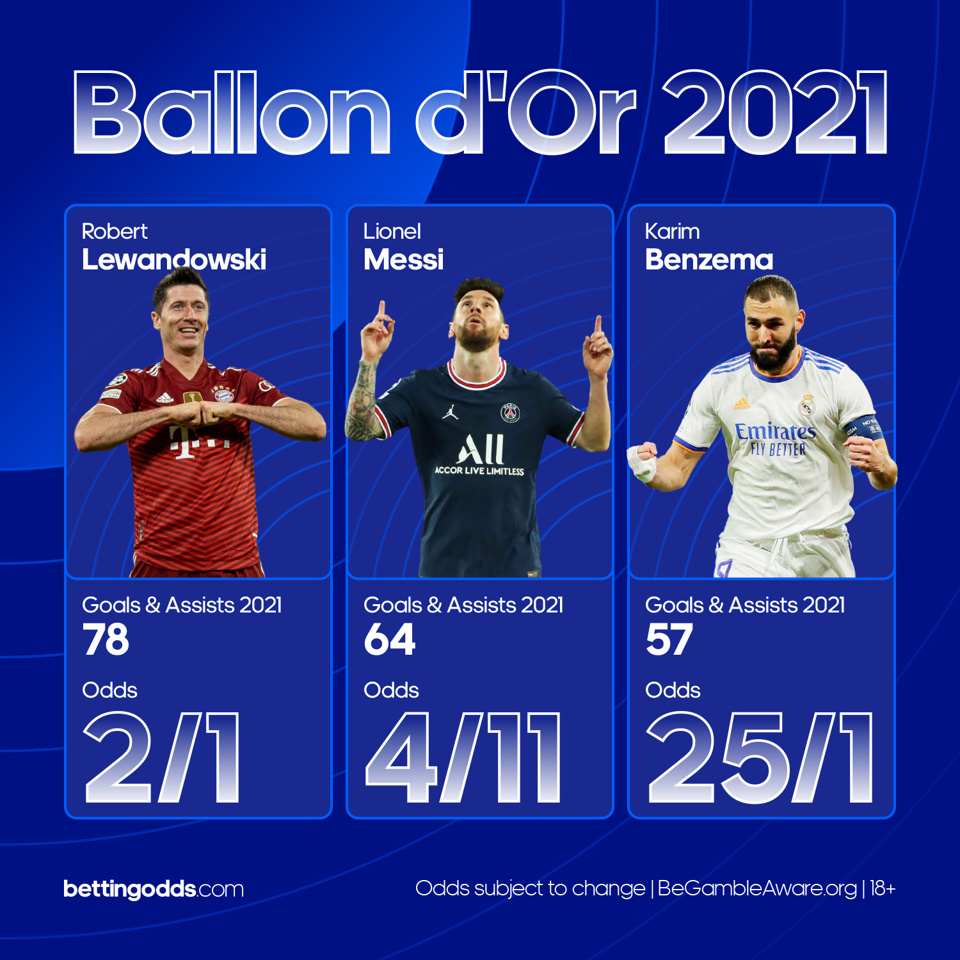 Lionel Messi is the favourite in the betting to win the award for a record seventh time, which would put him two ahead of his nearest rival, CR7. Messi has once again shown his credentials as the greatest of all-time, delivering an astounding 64 goals and assists in 2021, at the ripe old age of 34. 2021 saw Leo leave his beloved Barcelona, struggling to acclimatise to life at PSG initially, but he’s slowly getting into his groove now, becoming the first Ligue 1 player this season to assist three goals in a single game.

Next up in the betting, we have Robert Lewandowski, a man who needs no introduction to football fans around the world. Bundesliga top scorer, most goals in a single Bundesliga season, European Golden Shoe winner, Bundesliga winner, Club World Cup winner, a whopping 78 goals and assists in 2021 - Lewandowski would be a more than worthy winner of the Ballon d’Or award. After arguably being robbed of winning it due to the award not being held last year, many think Lewa should be a shoe-in this time around. But leaks in the Spanish press have the Bayern man finishing an astonishing third, behind Messi and our next contender. The market places the Polish striker at 2/1, second behind PSG’s Argentine.

Finishing off the favourites for the award is Real Madrid and France’s Karim Benzema. Benzema made a surprising comeback to his national team in 2021 after years of controversy and allegations, to join them for their EURO 2021 campaign, and helped lead his side to the second edition of the UEFA Nations League. However, it was his club form that has led him to gain his most praise, leading a below-par Real Madrid to a very close second in Primera Liga  last season, and firing them to the top of the league currently this.

Throughout 2021, Benzema has racked up 57 goals and assists, and his overall play is one that would motivate any aspiring striker. Nonetheless, this is unlikely to be enough for him to become the first Frenchman since Zidane in 1998 to lift the award, and the betting has him at a longer 25/1. 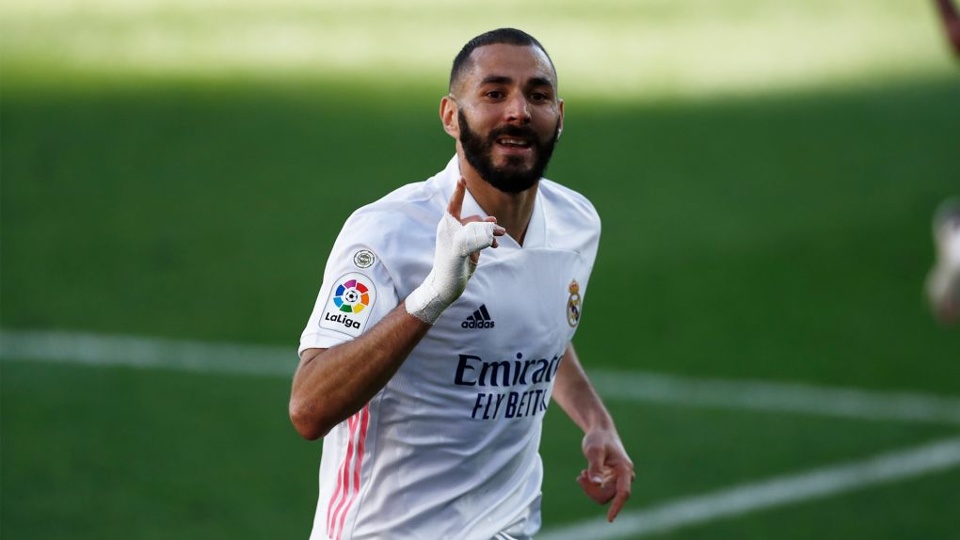 Could Benzema shock everyone and win?

With a Champions League and EURO 2021 medal in his cabinet from 2021, many believe that Chelsea’s Jorginho should be high in the final results table tonight. He’s featured at 33/1 in the betting, meaning he won’t be in with a shout tonight unless something drastic happens.

Mo Salah’s sensational form this season may have come too late for him, as he’s also at 25/1 shout for the award. But make sure to keep an eye out for him next year should he continue his hot-streak. Finally we have five time winner, Cristiano Ronaldo. A whopping 66/1 in the betting, it’s highly unlikely that we’ll hear ‘SIUUU’ on the podium tonight, but you never know in  this world of politics and personalities.