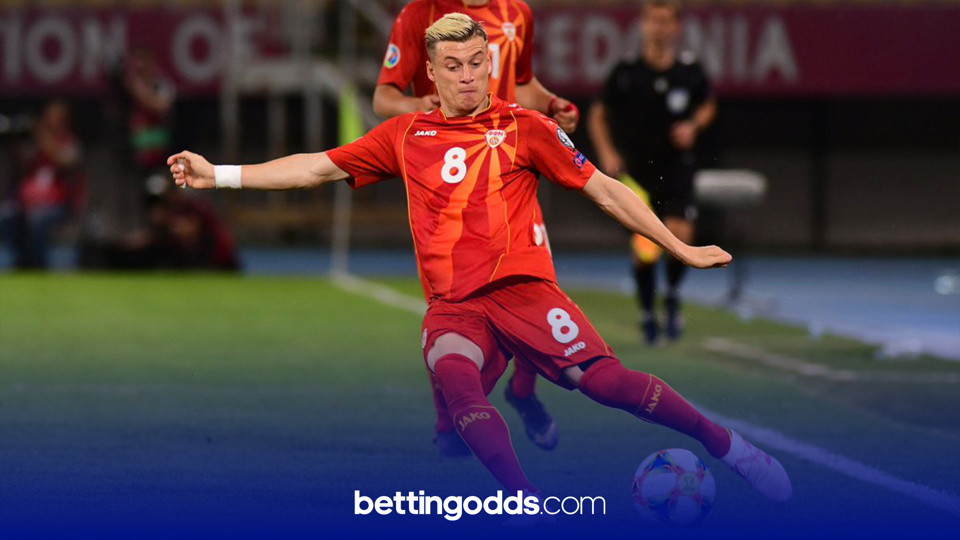 When the fixtures came out for the tournament this was the one everyone was on the look out for. This Sunday, England’s Euro campaign starting will quickly be forgotten as these two heavyweights  serve up a classic. But in all seriousness, there is some value to be had…

The Netherlands are clear favourites for Group C, but the bookmakers are having a hard time splitting Austria and Ukraine for second place. The opener against North Macedonia gives Austria the chance to get ahead in that race and give themselves an excellent chance of progressing.

Alaba is undoubtedly the main man for Austria, who has just made the switch from Bayern Munich to Real Madrid. Pandev and Elmas represent the biggest threat for Macedonia, both of them playing in Serie A.

Austria are averaging over 14 shots per game in their last ten matches and while North Macedonia are averaging just below 10 shots conceded over game over the same time period, the quality of opposition has contributed to that significantly. Excluding Germany, the highest ranked side they’ve played are Romania (43rd in the FIFA rankings). They’ve played Estonia (116th) and Georgia (91st) twice in that time. The lowest ranked team they’ve played in their last ten are Liechtenstein who are ranked 186th in the world.

Despite lacking some quality overall, Austria have a great chance of qualifying from the group and they will know that laying down a marker and collecting all three points against their weakest opponents is paramount in the opening game.

I’ve taken the goal kicks angle from my best bet and included in my next best bet. I really think Austria will put the pressure on here and this angle gives us a bigger price.

Austria’s last ten matches are averaging over 45 throw ins and this average jumps to over 51 when looking at their last ten matches where they’ve been priced similarly to win the match. There is less data for Macedonia when they’ve nee similarly priced, but those four games are seeing an average of just below 50 throw ins per game. All things considered, over 44.5 in this builder seems like a good addition.

I’ve decided to go in on my fancied goal kicks angle again and up the line to give a tasty looking longshot here. The averages suggest this is a bit too high, but teams like Armenia and Georgia forcing 14 and 11 goal kicks respectively against North Macedonia does give me some confidence.

The shot averages were explained in the best bet segment so I’m happy to include them again and seen as this bet revolves around Austria taking the game to their opponents, I see no reason not to include 2 goal for Austria to inflate the price significantly. Austria have managed 2 and 4 goals in their last two meetings with Macedonia.