The five match Ashes series comes to an end on January 14th and we have enlisted our cricket specialist @OddsTerrier to preview the pink ball day-night 5th test in Hobart and pick out a few attractive propositions for your betting needs.

Shall we consider that a win then? Whilst the reaction to a last over enforced draw was perhaps a little over the top, it was certainly nice to see England finally show some fighting spirit and cling on under dark skies in Sydney. Of course, it was those two ageing warhorses Jimmy Anderson and Stuart Broad, who got the tourists over the line.

It was also pleasing to see Jonny Bairstow hit a lovely century to get England back into the contest after Australia posted a score over 400 and Bairstow came to the crease at 36-4. It was the seventh of his career but possibly his most important. The guttural roar of defiance upon completing his ton signified his frustration at his form and his continued mistreatment by the England selectors. Constantly being moved around the batting order and being given the gloves and then seeing them taken away again, must have been hard for JB to take at times. One thing that is for sure is that Bairstow has fight in abundance and when is full flow is an absolute delight to watch.

On the Australian front, another man who was looking to redeem himself did so with utter totality. The returning Usman Khawaja was only in the side due to Travis Head isolating for Covid, but boy, did he make the most of his chance! Khawaja constructed a patient 137 in the first innings before smashing 101* off just 138 balls in the second to take the win away from England. England's late last stand however, meant they avoided a 3rd whitewash in just five ashes tours and move to Hobart with renewed vigour.

Australia have a couple of big decisions to make ahead of the 5th test; Firstly, Travis Head returns from his Covid enforced absence and the man who replaced him at Sydney, Usman Khawaja, simply can't be dropped after back-to-back centuries. The obvious solution is to move Khawaja up to opener in place of Marcus Harris but I'm not sure the Aussie selectors will go for that choice. Despite averaging 96.8 at the top of the order, Khawaja is not seen as a long term option at the head of the innings. A move from no.5 to opening could be a bridge too far. Also Marcus Harris hasn't been as bad as first thought - He has scored over 23 runs in his last four innings and was the sole Australian to score a half-century in the Boxing Day test.

On the bowling front, they may have an enforced change. The absolute revelation that is Scott Boland may miss out here with a rib injury, and with Josh Hazelwood still out with a side strain and Jhye Richardson also struggling with his own injury issues, Paceman Michael Neser could get a look in.

Predicting the England team for the day-nighter is a pretty arduous affair. The one thing we know is that Jos Buttler is no more and has boarded a plain back to Blighty after a hand injury. He will be replaced by Sam Billings, who undertook a 500 mile drive down the Gold Coast after starring for Sydney Thunder in the Big Bash League, and will get his long awaited chance behind the wicket for England.

It looks likely that Jonny Bairstow and Ben Stokes, who also picked up knocks in Sydney, will play here in Hobart, meaning no recall for Ollie Pope and no call up for Dan Lawrence. The big question the selectors have to make is who opens the innings with Zak Crawley. Do they finally put the withering Haseeb Hameed out of his misery and recall Rory Burns? It looks likely.

On the bowling front and having seen the wicket I think England will go with an all seam attack and bring in Ollie Robinson for Jack Leach.

This is always a tough one to gauge but for my first selection I'm going to plump for the match draw. If you can remember way back to my first test preview, when we were all young, naive and full of hope and I went for the same selection then due to the weather conditions. There is a fair bit of rain forecast in Hobart too for the first four days and there should be a chunk of time lost to the inclement weather. Combine that with an England side who actually started to look like they can put an innings together in Sydney and it should make for a competitive test.

The Bellerive Oval in Hobart hosts it's first ever test match and the conditions should be more familiar to England than the tracks they've negotiated on the mainland. The draw is available at 23/10 with SBK and I think given the conditions and the weather its a value bet.

I wrote all the above on Tuesday morning. Then I woke on Wednesday to see this: 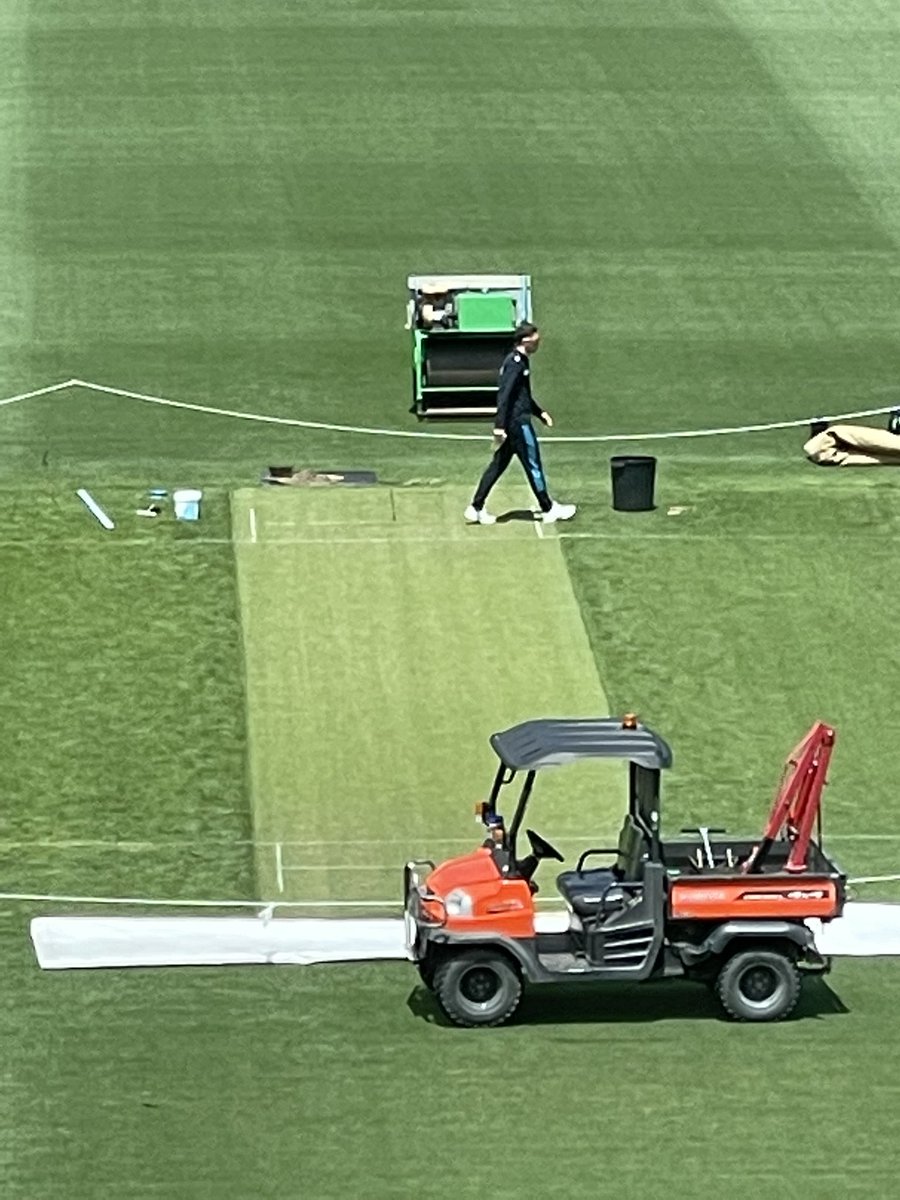 You probably want to see the pitch for the fifth Test in Hobart, don't you? This is, remember, 48 hours from the toss: https://t.co/7NHzHnPKu9

Having seen the green top above, I'm changing my decision. If England can't win on something resembling an April Headingley wicket then they can't win on anything. I am covering my earlier prediction with the Draw No Bet option. If the match is a draw then the bet will be a void. If England win its a winner. After the momentum the tourists gained in Sydney, I'm willing to put my neck on the line and predict they win or draw here.

Next up we have the aforementioned left-handed Usman Khawaja to top score for Australia in the 1st innings. Despite being by far the best batsmen for the hosts at Sydney, he is a surprisingly large 11/2 to repeat the feat here. Khawaja looked so comfortable against the England line up and barely looked troubled. His judgement of length in particular was impressive; prodding forward in his own inimitable way and then rocking back to cut, pull and punch when the bowlers dropped slightly short of a length. There are doubts about whether he will open or remain at no 5, but he looks likely to fire again whilst in this tremendous form.

Another man who looked in good touch in the 4th test was England opener Zak Crawley. After coming in and initially struggling after a tough 2021, the Kent man finally started looking back to his best. After a scrappy 18 in the first innings, he kicked into another gear in the second, hitting a very impressive 77 from just 100 balls before getting a jaffa of a yorker from Green. He should walk out to bat at Hobart feeling pretty good about himself and should he negotiate those initial overs when the ball will be swinging, he could look at building another big innings. Let's not forget this is a man who made 267 against a very good Pakistan team and clearly has all the shots.

You can also combine the two batter selections at 365 at 44/1 if you fancy a longshot poke.

Enjoy the cricket and remember to bet responsibly.

Pakistan vs England Odds: Two tips for the fifth T20 in Lahore