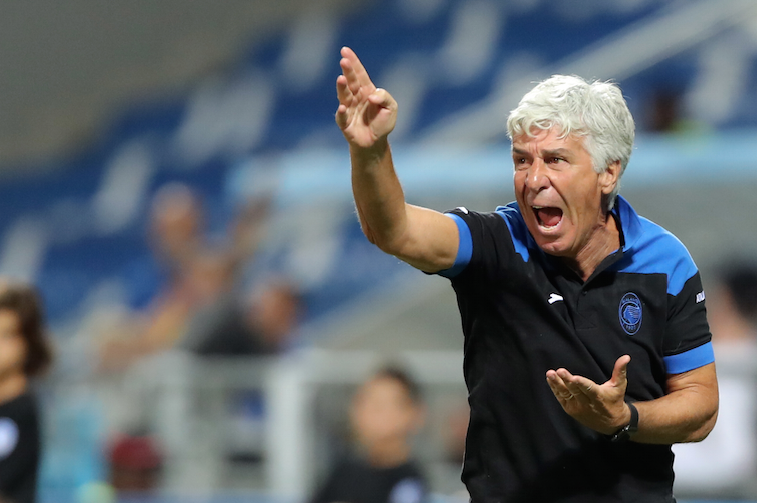 If you're going to watch one Europa League match this week, make sure it's this one. Atalanta and Bayer Leverkusen lock horns at the Gewiss Stadium on Thursday for the first-leg of what promises to be a swashbuckling round-of-16 tie. The Bergamaschi are one of Europe’s great entertainers under manager Gian Piero Gasperini, while Gerardo Seoane is enjoying an eye-catching debut season at the helm of Bayer Leverkusen...

Atalanta have been one of my favourite clubs to watch over the past few years, transformed by the brilliant Gasperini and his penchant for attacking football.

This term they have struggled for consistency and will be disappointed at dropping out of the Champions League at the group stages. However, the Italian side responded with a confident 5-1 aggregate triumph over Olympiakos in the play-offs, setting up a juicy tie with a Bayer Leverkusen outfit on an upwards trajectory.

Bayer, fresh from Saturday’s 1-1 draw away to leaders Bayern Munich, are 3rd in the Bundesliga and chasing a top-two finish for the first time in a decade. They’ve impressed in the Europa League too, progressing through to the last-16 after winning Group G ahead of Real Betis and Celtic.

It's hosts Atalanta who have been installed as the 51/50 favourites to take a win over to Germany, while Bayer are priced at 14/5 to be victorious, with a draw available at 13/5.

Given each clubs' appetite for goals, we’re anticipating an entertaining first-leg encounter in Bergamo.

Bayer have smashed in 64 goals in 25 Bundesliga matches so far this season: joint-highest behind Bayern Munich. Over the last few months their games have been absolutely drenched in goals, with eye-catching 7-1, 5-1, 5-2, and 4-2 wins in the league, they’ve scored in 16 of their 17 away games in all competitions so far this season, and their games in 2022 are averaging 4.5 goals per game. Ludicrous.

Only Lyon (16) outscored Bayer (14) in the group stages. The German side won four of their six games, which included 4-0 wins against Real Betis and Celtic.

BTTS has landed in 10 of Bayer's last 11 games in all competitions and in five of Atalanta’s six Champions League group stage games - which contained a whopping 25 goals at an average of 4.1 per game - as well as their home play-off win against Olympiakos (2-1).

We expect both teams to find the back of the net in Italy on Thursday night (3/5, SBK), and given that we can't separate the teams we’ve settled on a draw and BTTS at 18/5 with BetVictor as our first bet. The 25/2 (SBK) for a 2-2 draw is one to contemplate too.

Didier Deschamps is spoilt for choice as manager of France. One player who is destined to extend his surprisingly-low tally of four caps is the superb Moussa Diaby who is enjoying a real purple patch at the moment, scoring seven goals in his last six games for Bayer including a hat-trick against Augsburg.

The winger's stellar season has so far consisted of 15 goals and nine assists which has reportedly grabbed the attention of European giants Real Madrid and Bayern Munich, who are both believed to be monitoring his progress.

The Europa League gives the in-form 22-year-old an ideal platform to shine and bolster the rumoured €70 million it would cost to buy him. He has five goal contributions in the competition this season (three goals and two assists) and has 2+ shots on target in three of his five starts on the continent.

Given that he’ll be a key cog in free-scoring Bayer’s attacking play on Thursday, we like the look of the 7/2 (Paddy Power) on the former PSG player to have 2+ shots on target against Atalanta.