Aston Villa v West Ham Tips: Back Targett to find his namesake for a third game in a row 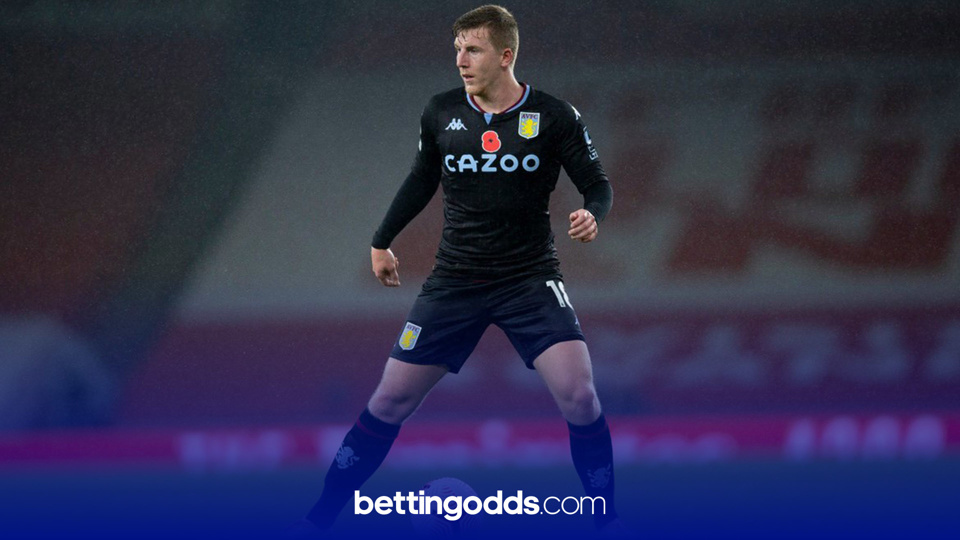 Aston Villa's Matt Targett has registered a shot on target in his last two games but is the biggest priced of any player to land one on Wednesday with Betfair
By Anthony Eadson
17:10 Tuesday 2nd February 2021 - 5 minute read

Aston Villa welcome West Ham to the midlands on Wednesday evening with the hosts having the opportunity to go level on points with David Moyes’ team, although it’s worth noting, Villa will still have two games in hand. Only Liverpool are averaging more shots per game than Dean Smith’s side in the league this term and our man @AnthonyEadson has three football tips for the game with a particular emphasis on the shots markets.

In terms of team news there’s not too much to report with Villa expected to go with an unchanged side to the one that beat Southampton last weekend.

Jesse Lingard could make his debut for the Hammers after signing on loan from Manchester United, although the likelihood is that this will be from the bench. Arthur Masuaku is the only confirmed absentee for the visitors.

Both sides have outside hopes of a European place this season and this one looks rather difficult to predict in terms of result. Betfair have made Aston Villa the 6/5 favourites to win the game, while West Ham have been given a 29% implied chance of victory with odds of 12/5.

As I mentioned above, Aston Villa have been prolific when it comes to shooting in this season. Dean Smith’s side are currently averaging 17.9 shots per game and with only last term’s champions Liverpool managing to better that figure. Ollie Watkins has done a superb job in spearheading the attack this campaign and has worked hard often on his own up top, playing the full 90 minutes in the majority of matches.

This selection has landed in all three of Ollie Watkins most recent Premier League starts and he’s a player who looks to be growing in confidence as the campaign progresses. Against Crystal Palace on Boxing Day, Watkins attempted a whopping 10 shots, which shows that he is one of those players who has a huge haul in him when it comes to racking up the attempts.

In the Premier League, Watkins is averaging 1.3 shots on target per 90 minutes. However, when we adjust that to just home matches, his figure rises to 1.6 shots on target per 90. With Villa’s offensive nature in mind and Watkins’ ability to rack up the shots, it gives plenty of appeal to the 5/2 showing for the striker to hit two or more shots on target on Wednesday.

No player has more assists for West Ham this campaign than left-back Aaron Cresswell who has five to his name. Only Son Heung-Min, Bruno Fernandes, Jack Grealish, Kevin De Bruyne and Harry Kane have more assists than Cresswell this season and I’m surprised to see the offering of 15/2 from Betfair, with Sky Bet going much shorter at 7/2.

There’s not too many better when it comes to putting in a left-footed delivery into the box than the 31-year-old. A free-kick taker from certain areas as well as a corner taker, he has the ability to pick out and exploit the towering nature of some of his colleagues such asd Tomas Soucek, Angelo Ogbonna and Craig Dawson.

One final bit of information that has really drawn me in here is that all five of Aaron Cresswell’s assists this season have been away from home. This only gives more confidence that we are getting value for our money on the 15/2 currently available.

Ross Barkley has registered at least one shot on target in six of his nine starts for Aston Villa this season including on debut where the former Everton midfielder registered seven shots with two hitting the target. The 27-year-old looks rather generously priced at even money to have a shot on target against West Ham and makes up half of this 18/1 double, using Betfair’s Same Game Multi feature.

A scorer of the winning goal against Southampton at the weekend with his head, Barkley is a versatile player who also has an impressive range when letting rip from distance. With West Ham being a strong aerial force it could well be that longshots from Barkley are one way the hosts try to break their opponents down.

Coupled with Ross Barkley is Aston Villa’s Matt Targett, also to have one shot on target in the game. Not specifically known for his attacking abilities you may be wondering why I’ve opted for this particular player, but in his last two matches the left-back has tested the opposition keeper with this selection landing.

At 7/1 with Betfair, Matt Targett is currently a bigger price than any other player in both squads to register one shot on target in the game. Put simply, this looks too big a price for me when you consider this selection has landed in both of his most recent fixtures. Shots may well need to come from distance against the Hammers and again this may bolster our chances of this double landing. Let’s hope Targett can fittingly hit his namesake on Wednesday evening.

At 18/1, this double consisting of Barkley and Targett looks to have more legs than the odds suggest. That’s three plays in total for the game. As always please remember to gamble responsibly.