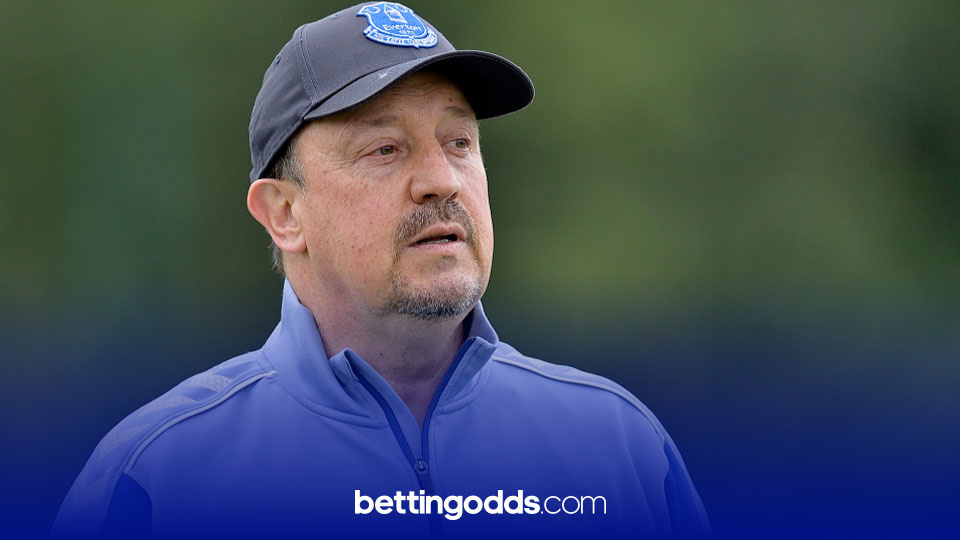 Everton have made a strong start to life under Rafael Benitez, recording three victories in their four Premier League games so far and drawing the other. They find themselves joint top of the table, but they face a stern test today against Aston Villa, a side they have failed to beat since they returned to the league.

Dean Smith’s side’s only win of the season so far came against struggling Newcastle. Life after Jack Grealish was always going to be tricky, but the club recruited well through the summer and they will be confident of building on last season once the new boys have had a chance to settle in.

Calvert-Lewin is a big miss for the visitors, while James Rodriguez is a doubt having been left out of the squad for Everton’s last match. Emi Martinez is a doubt for Villa and will be a big miss in the net. Buendia, one of the summer additions tasked with replacing talisman Grealish, is also unlikely to play a part in the match.

This bet has landed in four of Everton’s five competitive matches this season, the exception being the 2-0 win over Brighton. Villa’s 3-0 defeat to Chelsea was the only competitive match in which they’ve failed to score and it wasn’t due to the lack of chances.

As previously mentioned, Everton have failed to beat Villa in the last two seasons, but given the manner in which these two teams approach the fixture, this is a great opportunity for them to do just that.

In their previous game against Burnley, Everton were troubled defensively and I expect Villa to cause them a few problems today. However, once Everton made the change to a back four in that game they looked rampant going forward and it is likely Benitez will use this approach from the start and this should lead to an open game.

Given that both teams should create numerous chances and Everton have made a very strong start to the season, I think 2/1 for Everton to win the match is too big.

Everton have had two corners in 7/8 halves of Premier League football that they’ve played so far this season. The exception came in their season opener against Southampton, where they only managed one corner in the first half before getting a further five corners in the second half.

The same half is also the only half so far this season where Everton haven’t managed two shots on target. They had one in the very first half of the season and have hit that mark in every other match.

Aston Villa have had two shots on target in each half in their last two Premier League games, which includes the difficult visit to Stamford Bridge last week.

get offer get offer
#AD If your player is substituted before half-time we will return your stake as Bet Credits on selected markets. Only available to new and eligible customers. Bet restrictions and T&Cs apply. 18+ begambleaware.org
Opt-in
Sign up for market leading stats and exclusive expert picks delivered to your inbox from next season
Click to sign up to receive tips
By clicking opt-in you agree to our privacy policy and terms and conditions below
Opt-in
Your Details
Complete your details below to enter:
Full Name
Email
SUBMIT
Please fill in both your name and email
Opt-in
SUCCESS!
Thank you for your submission.