Aston Villa v Burnley Tips: Lowton with a job on his hands against Grealish 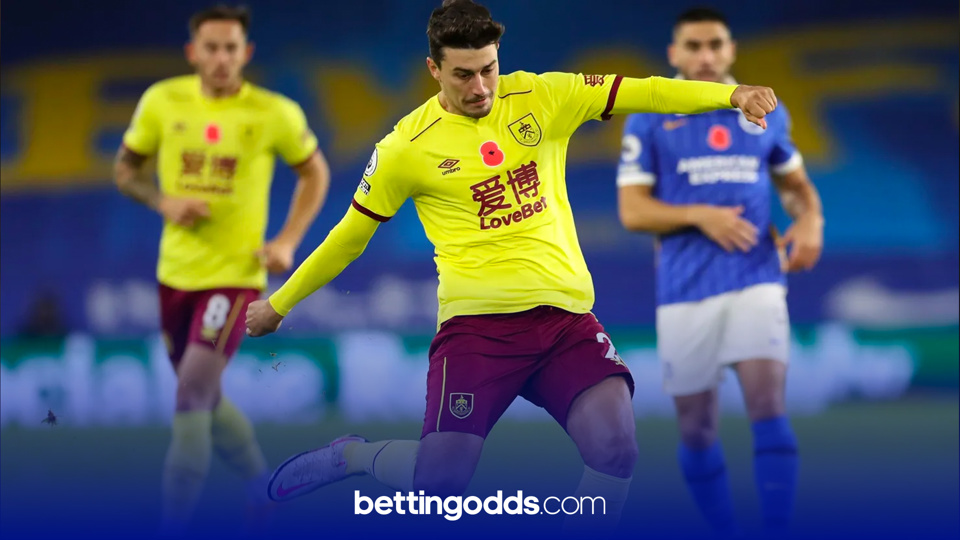 Villa Park plays host to a claret battle tomorrow as Aston Villa pit their wits against Burnley at 18:00.

Our visitors come into this fixture off the back of an impressive 1-0 victory over a depleted Arsenal side on Sunday. Unscathed from that clash at the Emirates, Sean Dyche could name an unchanged XI which would see Jay Rodriguez keep his spot up-top as opposed to Ashley Barnes. Elsewhere, Matt Lowton will keep his place at right back as Phil Bardsley remains sidelined with injury.

The hosts secured the Midlands bragging rights in dramatic fashion following an injury time El Ghazi penalty. Dean Smith also has a lengthy list of absentees to contend with, the latest additions being the suspended Matty Cash and Douglas Luiz. The former picked up his fifth yellow card of the season and the latter was sent of in the closing stages. Young Jacob Ramsey will likely keep his place in a midfield three whilst El Mohamady will come in at right back.

Averaging 3.29 bookings per game, Craig Pawson is slap-bang average in comparison with the other EPL whistle blowers. That being said I am always keen to get cards on side when Jack Grealish is on the pitch as no player in the league has being fouled more times per game than his 4.6.

The Villans catalyse has a knack for drawing fouls and as he operates off the left, Matt Lowton and Ashley Westwood will be the unlucky Clarets tasked with containing him. At odds of 7/2 with bet365, it is the former that has caught my eye.

Previously on the books at Villa Park, Lowton may play with a bit more of an edge then usual upon his returns to a prior haunt. The reason I have gravitated to him over Westwood though was because he really struggled to deal with the equally tricky Eberechi Eze when Burnley welcomed Palace towards the end of November. On that day, Lowton was booked as he scythed Eze down in the 86th minute and I expect him to try and deal with Grealish in an equally agricultural manor tomorrow.

To date, that was Lowton's only booking of the season and I do not think it is of any coincidence that it came against foe such as Palace. Against a classically bigger more threatening side, Burnley's low block leaves Lowton unexposed. However, vs a lesser side, Sean Dyche's men become a little more adventurous thus leaving their full-backs a little more vulnerable to a 1v1 with a tricky winger. Therefore, I think Lowton will all the more likely to get his name taken than usual tomorrow.

Sticking with Jack Grealish, Betfair and Paddy Power have boosted him to find the target twice to 3/1. He's as short as 6/4 with William Hill to do the same and the next best price available is 11/5 with Ladbrokes.

Dean Smith's addition of Ross Barkley to the Villa ranks saw the ex-Chelsea man shouldering a lot of attacking responsibility from Jack Grealish but with Barkley sidelined through injury Grealish's shooting averages have surged once more.

Grealish has averaged three shots per game this season, topping Villa's charts, and scored five times. In his last five games he has averaged 3.8 shots - 95% of which were goal-bound - and found the target six times with two SoT landing in three of those five games.

Ollie Watkins has found the target in five out of six of his most recent EPL appearances, only failing to test the keeper vs West Ham when he hit the woodwork.

Since joining Villa he has had a total of 24 shots and with crossing merchant El Mohamady expected to fill in for the suspended Matty Cash at right back, I don't think quality deliveries will be lacking tomorrow. Betfair and Paddy Power have Watkins at 4/9 to find the target.

At 2/9, Chris Wood is the shortest priced player in this market. In his eleven appearances this season he has averaged 1.8 SpG for Burnley, finding the target in eight of those and averaging 1.3 SoT pG.