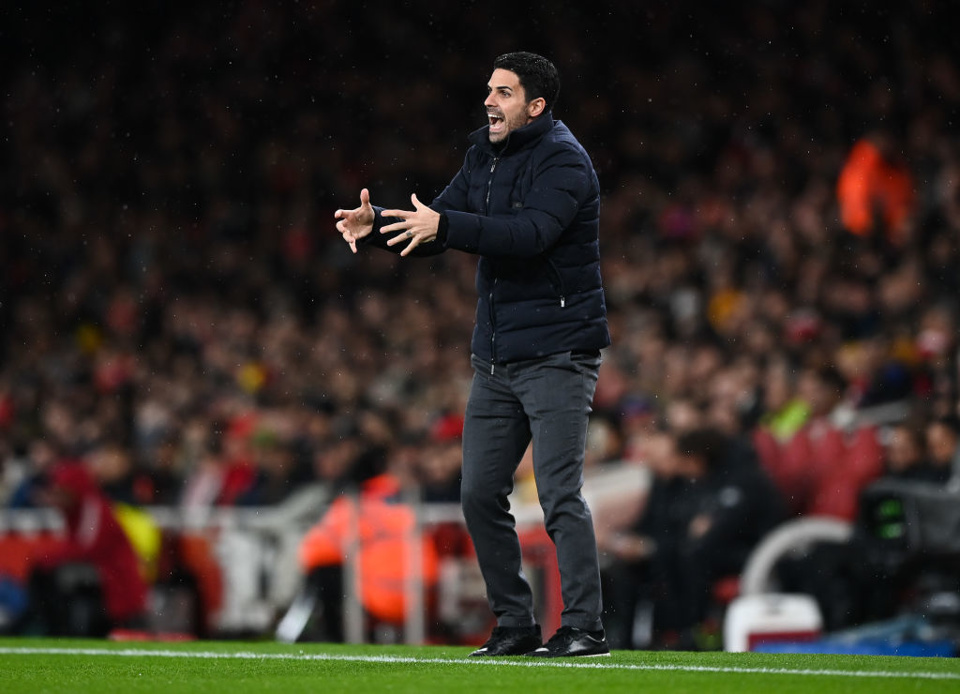 Aston Villa vs. Arsenal: Arteta's men were on a great run of form before defeat to Liverpool midweek
By Dean Woodward
12:19 Saturday 19th March 2022 - 4 minute read

Live on BT Sports with a 12:30 kick off, Arsenal take the trip to Villa Park where they will be looking to take one step closer to securing that top four spot in the Premier League.

It has been a solid turn around for Villa fans since Gerrard took charge back in November last year, if form continued they could have been dragged into a relegation battle, but now are on track to finish in the top half of the Premier League, currently in 9th place. Three consecutive victories against Brighton, Southampton and Leeds was put to a hault when they faced West Ham last weekend at the London Stadium, The Hammers running out victorious in a 2-1 win. Lucas Digne was replaced by Ashley Young after just ten minutes when facing West Ham, with the 36 year-old likely to be back in the starting XI to face Arsenal. Buendia has been impactful from the bench and is pushing for his first start since facing Watford back in February.

An impressive run of form for the Gunners with five straight wins before coming up short against title challengers Liverpool in midweek, but they still remain well in charge of their own European football destiny. They remain in fourth place just a point ahead of Manchester United but still have two games in hand to further enhance their Champions League aspirations. An eye-catching first half against Liverpool really shown the improvements they have made in recent months under Arteta, going toe-to-toe with Klopps side isn’t for everyone. After going into the break at 0-0, Liverpool were clinical in the second half putting two past Ramsdale early doors to dampen the mood at the Emirates. Its likely Arteta will remain with his trusted XI that has shown real hope of late, with the likes of Smith Rowe and Tomiyasu both pushing for starts.

I don’t often delve into 1X2 markets too much when betting, but I feel this Asian handicap line holds some value. A -0.25 Asian handicap line essentially splits your stake into two bets, one half on Arsenal -0 (stake returned if they draw) and one half on Arsenal -0.5 (Arsenal to win). This means this selection has some added insurance of half of your stake being returned if Arsenal fail to take all three points but leave with a draw.

Arsenal have been great to watch lately, making huge improvements game after game with the coaching really beginning to show dividend. Winning five matches on the bounce and looking the better team against Liverpool in the first half has solidified their improvements. Arteta will be gunning for all three points here and to edge even closer to Champions League football next season. Villa's defeat to West Ham last time out will put a dent in their confidence and hosting an Arsenal side full of belief, I fancy the visitors to leave with a result.

Yes, another passing selection here from me, but a smaller stake on just the higher line for Ben White. A pass line which he has cleared or came close to clearing on a regularly basis in recent weeks looks worth taking on at the large odds of 9/2.

In his last seven Premier League matches he has registered 72 (Liverpool), 78 (Leicester), 65 (Watford), 72 (Wolves), 48 (Brentford), 30 (Wolves) and 90 passes (Burnley).  These seem rather hit or miss but when taking a high line the average doesn’t matter as much, its more whether he has that potential to hit the bigger line, which he definitely does, clearing this line twice and coming up short twice by just one pass in his last seven matches. Recent games against Villa have seen the likes of Bednarek hitting 78, Dunk 118 and Struijk 76, all within Villas last seven matches, making this 9/2 look rather generous.