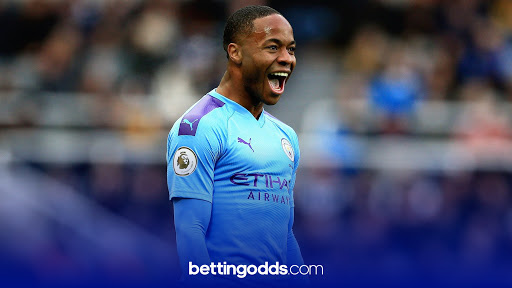 Anton is recovering after the celebrations that led from his huge 66/1 tip landing on Thursday night so I’ve been tasked with bettering that winner with three tips for the mouth-watering FA Cup clash bet between Arsenal and Man City.

Despite Arsenal’s impressive victory over the champions on Wednesday the bookies still think City will make it to back-to-back finals and have given them a 75% chance at odds of 1/3, meanwhile if you think Arsenal can make it to a 20th FA Cup final you can get up to 8/1!

Aguero’s injury is the only big one of note and with De Bruyne, Aubameyang and Sterling all rested midweek, we should be treated to the best both sides have to offer to tantislie our betting taste buds. You’ll have to wait until 7.45 Saturday night for this one, where you can watch on BT Sport.

Ohhhhh Kevin De Bruyne, is going straight in our basket to score anytime against his favourite opponents. He’s already scored three against The Gunners this season which enhances his already impressive record against them - playing 12, winning nine, scoring five and having two assists.

He’ll be chomping at the bit to continue to improve his statistically best season in England and I think he’s the value bet at 5/2 (boosted from 7/4) with William Hill compared to 11/8 at bet365.

When scouring the shots on target market, Xhaka’s odds instantly caught my eye. Chances against City come few and far between and interestingly 25% of their league goals this season have come from outside the box, the highest percentage out of any team.

Six of Xhaka’s eight Arsenal league goals have come from outside the box, we know he loves a strike from distance and at odds of 5/1 I think it’s tremendous value.

💥 Granit Xhaka's opener against United... as you've never seen it before 😎

And for the big one, I’m starting with Raheem Sterling to score anytime. Despite a ‘dip in form’ at the beginning of the year, he’s recorded his highest scoring season and is back to his best after scoring a hat-trick against Brighton in his last game. I wanted to have some Arsenal attacking representation in his longshot as they should be high on confidence and encouraged by City’s suspect defence this season. We think the value here is Nicolas Pepe who is only behind Aubameyang and Lacazette for shots on target this season and has proven he’s quality from free-kick positions.

Rodri and David Luiz both got carded in their first game of the restart and we’re backing it to happen again in what should be a much more competitive game. Pep’s Spanish destroyer Rodri has been booked more than any City player this season and is always great value to be cautioned at around 7/2. David Luiz is David Luiz and seems to always wait for the big games to be carded, this season he’s been booked against Liverpool, Chelsea twice, City and Wolves, and finishes our 76/1 Same Game Multi for what we’re hoping to be a game packed with incidents.

There will be football throughout the day on Saturday so remember to only bet what you can afford and please gamble responsibly.